A SAFETY WARNING TO THE
ANTI-NWO
MILITARY RESISTANCE
IN AMERICA 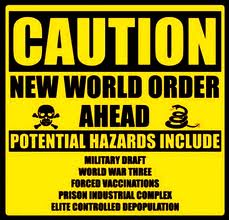 I received a disturbing report one day from my friend, brother in Christ and co-reporter on the unfolding of martial law and the NWO in America, Pentagon source Al Cuppett.

"Pam, I just received information about what the US military is doing to the officers who refuse to go along with the NWO/UN agenda for America," he said.

"There was recently a meeting with high ranking officers in the military. They were given forms that they had to sign, stating that they would agree to bring themselves and their troops under THE FULL CONTROL OF THE UN when commanded to."

"The officers who angrily refused to sign this form, were then arrested and taken out of the meeting to a federal prisoner transport plane, shackled into their seats, and flown to the FEDERAL PRISONER DETENTION CENTER in Oklahoma City.

They are now presumed TERMINATED."

I can never forget the sound of shock  in Al's disturbed voice that day.

Inwardly I cringed. I had no problem believing this. Once again, brave and Patriotic men in our US military were arrested and taken away to be  murdered behind the scenes, because they dared to stand up for our Constitutional Republic and sovereignty, and furthermore refused to come under UN globalist control.

They refused to be traitors to their American heritage and to the American people. And for this, they died. Oh, how I hate the NWO and the corruption and cruelty it breeds in the hearts of men!

This is the kind of news that actually happens more frequently than you may ever know, but is continually blacked out by a  censored/controlled news media.

Here is another example:

I can never forget my interview a few years ago with Staff Sergeant Donnie Boysel, regarding the truth about the military guillotine training program in Fort Lewis-McChord Washington. (You can read about this in the link below.)

He became outraged because of the information I was giving him, because his military superiors never told him the real purpose of the guillotines he would be training the 67 men in his platoon on how to operate, using practice dummies in a top secret facility.

When I told him they would be used to murder millions of Christians in America under martial law, solely because they would not deny Jesus to join the NWO agenda, he became livid. For Donnie was a Christian too.

Donnie stated to me that now he would never instruct his men on how to operate the guillotines, because they would be used to murder Christians under the NWO in America.

"I am going to call and inform my men about this...we will never go along with this..."

I looked at him with despair and pleaded with him, "Donnie, DON'T CALL YOUR MEN! The military  is on the lookout for military people who will not go along with the NWO agenda, and they are monitoring every phone call and communication within the military, trying to find NWO resisters.

IF YOU CONTACT THEM, you risk losing your military career and your life, and their lives as well..."

Donnie was still angry over all he had just found out, and would not listen. I watched, my heart sinking, as he got on his phone and started talking to men in his platoon. "You won't BELIEVE what I just found out...." he began as he called several men. I walked away, my heart sick inside.

I waited several days before calling Donnie, certain that I would hear a very sad report. And I was right.

"You won't believe what happened..." he said. Oh, yes I would, I thought sadly. I knew that once he started calling his men, they would call THEIR friends in that platoon...and it would all hit the fan. The military would come after them. 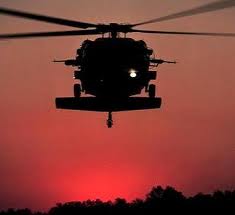 "At least half the men in my platoon have been arrested...black helicopters and humvees at some of their homes..one man shot and killed or wounded several MP's before being arrested and taken away...I can no longer access my bank account through the ATM, my military career and pay has been suspended, and I am now on the run for my life......." 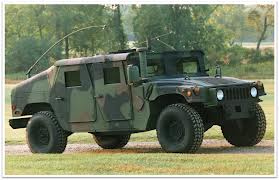 I knew this could happen.

Friends, all this is part of the unseen battles that have already been going on throughout our nation. There are very real casualties. People have been laying their lives down to battle this insidious NWO agenda for a long time.

Thanks to news media bias/blackout, you have never heard of it.

And a courageous USAF Commander has recently also been murdered because of his brave stand against the NWO traitors in the US military. I suspect the communications security had been violated somehow.

If you are a part of the patriotic resistance against the NWO agenda in the US military, never make the above mistakes. Be careful of who you trust. Be careful with every form of communication you use. Personally, I never want anyone involved to ever contact me...I don't want to know your name or anything about you. Remaining covert is essential. I simply know you are out there...and I am praying for your SUCCESS.

How do I now you are out there? A friend had a radio broadcast warning people about the martial law/NWO agenda for America. She told me she was contacted by someone in the military on the phone afterwards. Here are his words:

"Dry your tears, dear! Don't you realize that there are MANY OF US in the US military who know all about this, and WE WILL NEVER GO ALONG WITH THE NEW WORLD ORDER AGENDA FOR AMERICA! "

"And under martial law, we will come out with EVERY HUMVEE, every HELICOPTER and TANK and weapon we can get our hands on, to fight the UN troops and the traitors in the US military..."

For obvious reasons, he remained anonymous. His words were similar to Donnie's who told me that he too would come out fighting against this agenda with humvees and weapons, as would his men.

Can you understand now why security is so tense now on military bases and installations across North America and abroad??? Those traitors who have sold out to the NWO agenda in the US military, recognize the threat that such NWO military resistance poses, and are prepared to hunt them down and destroy them wherever they find them.

Why wait for martial law to be officially declared? The hidden battles for who will control America are raging already. It's been going on for a long time now, in fact.

And the casualties are many.

Truthtellers turning up dead, "suicided." Planes mysteriously going down, carrying to their deaths the people who knew too much and were demanding the truth come forth. Strange "accidents" involving major gun producers. Military leaders found dead who apparently were detected as resisters of the NWO agenda.

The WAR is HERE and NOW.

Readers, pray for the protection of the courageous NWO resistance within every branch of the US military. Even now, they are secretly fighting underground, in countless ways, on behalf of the American people and their freedoms. You don't have a clue as to what they have already done to delay and hold back martial law and to protect you. And you CAN'T know, because their very lives and success depend on their remaining covert.

At least ensure that you have THE ULTIMATE VICTORY, the eternal salvation of your soul. Come to Jesus Christ TODAY for the forgiveness and salvation He promises to everyone who comes to Him.

This is the VICTORY the NWO forces from hell can never take away! And it is FREE through God's great love and mercy and grace, available to ALL.

Patriotic US military anti-NWO underground resistance all across America, I salute you! 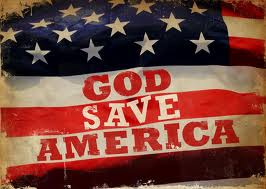 I pray for you continually, because I now that you are on GOD'S SIDE...the WINNING SIDE...against satan's dark kingdom and their evil NWO plans for our nation.

Those of you who give your lives to Jesus Christ, will have His protection and power on YOUR side.
Do it TODAY.

GOD BE WITH YOU.