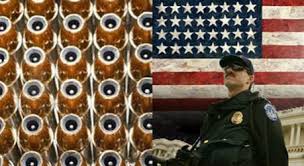 I recently went to my local WALMART late one night, to pick up a few items. I never sleep much anymore anyhow...I am up praying for much of the night. I went over to camping supplies, near the guns and ammo. I started talking to one man working at the ammo checkout.

He then began to tell me something fascinating.

"You know...every morning about 5:30 AM, two men come into the store. They wait for our daily shipments of gun ammunition to arrive. And as soon as it does, they buy up large amounts...every single day." 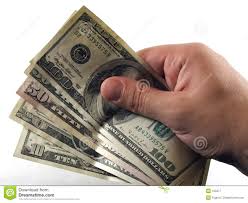 When he first said this, I thought to myself, "Ahhh...a buncha good ol' Montana Patriots getting armed to take 'em on under martial law!"

But then, I started thinking further. I remember reading recent articles about the DHS buying up ammo nationwide so the American people can't buy it. I became suspicious about these two men immediately.

I asked the cashier about these men. He replied, "When I asked them why they do this every morning, they only talk about 'the kids shot and killed at Sandy Hook....'"

BINGO!!! What a give-away! Many of us researchers believe that the infamous SANDY HOOK SCHOOL SHOOTING was simply one more staged false-flag black op, designed to be used to erode our gun freedoms in America and to push anti-gun legislation! And most Americans who know the NWO agenda for America, have finally come to  realize this.

Therefore, NO true American Patriot gun owner, especially the fervent Patriot gun owners in MONTANA, are going to EVER refer to the farce of the Sandy Hook fiasco, as somehow a reason to  buy ammo.

But DHS agents ( and the FEDS are everywhere here in Montana, spying on the Patriot community continually) who are BUYING UP THE AMMO DAILY AT WALMART HERE IN KALISPELL, would of COURSE refer to the Sandy Hook event, using it as a twisted excuse to buy up ammo so the local populace cannot get their hands on it!!!

When I told a local friend about this, he exclaimed, "So THAT'S WHY I CANNOT GET THE AMMO I NEED AT WALMART ANYMORE!" Uh-huh...you got it!

SO I WONDER...are government agents also buying up ammo at OTHER WALMARTS across the REST OF AMERICA???

IS YOUR LOCAL WALMART ALWAYS SHORT ON AMMO???

(And of course, don't forget checking with your local gun n' ammo stores as well.)

CONTACT ME AND LET ME KNOW IF YOU FIND OUT THIS IS HAPPENING IN YOUR REGION.