Why The Increasing Police Violence and Brutality?

By Pamela Rae Schuffert presenting investigative journalism from a Biblical Christian perspective, on behalf of the endangered Body of Christ 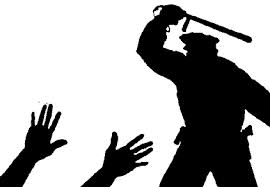 www.AmericanHolocaustComing.blogspot.com
I want to explain to my readers one dark and hidden reason why there is a disturbing increase in police brutality, cruelty and violence across America.This truth may surprise you.

My readers know that I have frequently reported on the subject of SATANISM IN AMERICA TODAY.

Throughout my years of research and investigating and even networking with good people in law enforcement and various agencies to expose satanism in areas like Asheville, NC, one thing became abundantly clear. The satanists have infiltrated their people into every powerbase across America, from the White House on down. This includes police and sheriff's departments and all other law enforcement agencies. It also includes the intelligence community and agencies. 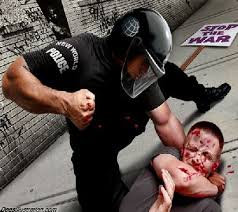 These satanists are placed there to cover for their fellow satanists on the outside. They are also there to help their NEW WORLD ORDER AGENDA CRONIES when martial law is fully declared.

The NORTH CAROLINA BUREAU OF VICTIM JUSTICE informed me one day as I called to report a confessed act of human sacrifice: "...And do not even trust the POLICE you think are working with you, BECAUSE MANY OF THEM ARE SATANISTS!"

And because the NWO satanists in law enforcement sense their hour of takeover is very close, they are displaying the kind of arrogance and brutality they KNOW they will be using under martial law. They sense they can begin to let this brutality manifest publicly more and more, with impunity, certain they can get away with it as martial law approaches. 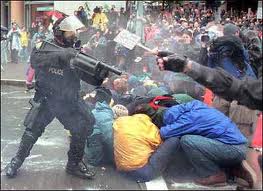 And when martial law is fully in power, you will witness these hidden satanist Nazi SS type police exercise full demonic brutality, as satanists who fully support the NEW WORLD ORDER takeover of "AMERIKA." 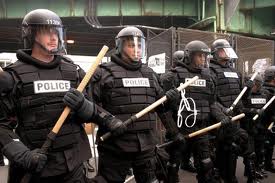 SO do not be surprised at what you are seeing slowly increasing in police departments across this nation. This present occasional police brutality is nothing compared to what you are going to see in AMERICA UNDER MARTIAL LAW.

By the way, these will be the same kinds of demonic police they will send in against CHRISTIAN PRAYER MEETINGS and worship services, just like in Communist countries. Expect a repeat of what you've read about throughout the years of Christians being persecuted in Communist or radical Islamic countries. 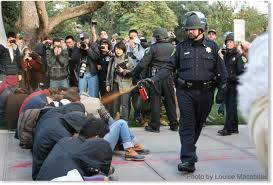 Expect DHS vehicles and enforcers to be especially vicious against Christian-related activities under martial law. They are heavily staffed with the leftist/Communist elements of the NWO/martial law agenda in America. As leftist Communists abused Christians under Communism, expect the same in America.

(Hey! Aren't these DHS the same ones who are already falsely classifying Christians and pro-lifers and homeschoolers as "TERRORISTS?" Duh.........)

YES!!!
Persecution is coming to the Christians in America! 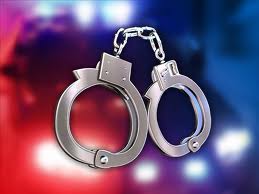