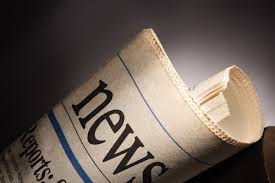 The following email reply was sent this morning to a reader of my blog. This person sent me an email questioning me regarding why some things that my articles indicate have the potential to happen, seemingly do not occur as reported. The following is my explanation that EVERY READER needs to clearly understand. -Pamela Rae Schuffert

God bless you______. Please understand: I am NEVER stating this as a "prophetic absolute" when I post information INDICATING that this time frame may be the time they are going to stage a major NWO false flag/black op event in America.

(This is in regards to my previously published article based on insider evidence revealed by the former Senator indicating a major catastrophe is scheduled for Sept/Oct 2013.)

This is simply honest investigative journalism, and many others like myself are also posting this kind of important information. We are in a deadly "cat and mouse" watching/waiting game, each side watching the other to see what they will do.
This is a military agenda. They can change their minds at any time, and often do WHEN THEY ARE DETECTED, as I believe firmly the former May 5th date was changed because of so much public awareness created through my reporting and it going viral. In fact, many people died surrounding this information I reported on, to my great sorrow. It was all very real. I am still grieving for those who died surrounding this.
Reporting on this kind of subject matter has been a great educational experience for me, to learn their tactics and inside workings behind the NWO agenda scenario.
Rather than somehow "being upset" that certain events did not take place when anticipated, Christians need to breathe a sigh of relief and THANK GOD that our prayers were heard, that God intervened, and He restrained their dark NWO agenda yet a while longer.
It is with this understanding that I post such materials. I would rather warn people of a reasonable suspicion that something bad is going to happen during a certain time frame, and to get them to prepare, than to not warn them and have it hit the fan, and they are NOT prepared. This is the chance we take in investigative journalism, all the time.
No one criticizes the weatherman on the news, when he warns of the potential for a deadly tornado to strike a certain region, and yet it does not happen. THE REASONABLE POTENTIAL was there. People were thankful for the warning, and also thankful that it did not occur as anticipated.
The kind of information I cover is just like that tornado: variable, the potential to change overnight, etc. Tornados are often unpredictable, and so are the movements of the NWO agenda for America. We simply do our best. That's all I can ever do.
Hope this helps you to understand what I have to deal with daily in this kind of journalism.
God bless you always, Pamela Rae
Posted by Pamela Rae Schuffert at 9:09 AM