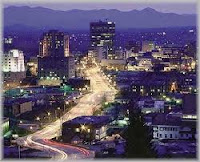 I have personally performed many years of hands-on investigative research, often dangerous, in and around the city of Asheville, NC. I worked at times with law enforcement as I compiled names and evidence pertaining to cult crimes, and turned it over to proper authorities and agencies in that city.

Asheville is known as the satanist/pagan mecca of the east coast. Nestled in the mysterious Blue Ridge mountains as they descend from Virginia, such remote mountains and valleys have long been the desired sites for bizarre and often violent cult rituals, many culminating in human sacrifice.

As one legal source warned me after I reported a confessed act of human sacrifice involving a young woman,

"Now, calm down, ma'am. THIS KIND OF CRIME IS FAR MORE COMMON IN THESE MOUNTAINS THAN MOST FOLKS KNOW. And DON'T even trust the police you think are working with you, BECAUSE MANY OF THEM ARE ACTUAL SATANISTS." (Admission from the North Carolina Bureau of Victim Justice.)

Should the American public receive comfort from admissions such as these?

Hear the confession of a former high school student I personally interviewed after being introduced to him by a satanic crime investigator in this region:

"We skinned that baby alive to the scream of 'hail, Satan!' We then draped it's intestines around the candlesticks of our altar. I cut the baby up into pieces, and each person ate some. Later, I took the skull and remains home. I forced the remains down the garbage disposal to conceal evidence from the police, and then burned a candle to Satan on the baby's skull." (This sacrifice took place at Seely's Castle, Town Mountain Road, Asheville, NC.) 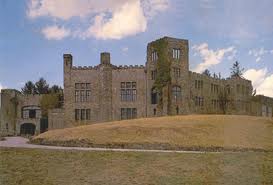 "And when the mother, my girlfriend, felt bad about giving up her baby for sacrifice and went to the police, we decided to make an example out of her as a warning to the rest of the coven: NO ONE NARCS ON US TO THE POLICE AND GETS AWAY WITH IT!"

"We took her up the side of one mountain overlooking Asheville...we laid her on that altar, and the sacrificial dagger was placed in my hands. I took that dagger and cut her open from neck to groin, and she was sacrificed. To this day her parents don't know what happened to her."

"Now that I have become a Christian, I can never return to my high school (T.C. Roberson) and tell them I have become a Christian. The students are all into Satanism there...not even their teachers know...not even their parents know! If I were to return and tell them, they would torture and sacrifice ME for becoming a traitor to 'the Craft.' No..I will have to continue pretending I am still a satanist..."(Source-Jackson Clemmons) 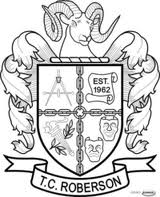 I know this is true about this high school because one of Asheville's most powerful satanists among the satanist youths boasted this to me over the phone while taunting my friend I had moved in (with whom they had targeted for abduction and sacrifice in 1992.) He boasted to me, "...in fact, we DO have alot of our people in that school!"

I have personally held this young man Jackson Clemmon's satanist robe and seen some of his notebooks with satanic writing within. He admitted that the baby sacrifice took place in Seely's Castle, long reputed to be a location for the satanic rituals of the "rich, elite and powerful" satanists that populate Asheville and the surrounding region. 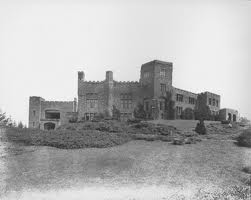 Another picture of Seely's Castle

This grim, grey-appearing castle can only be glimpsed through the woods as one drives towards the city of Asheville from the interstate 40 exit. Or, if one has the courage, to drive up Town Mountain Road (where many of the Satanist elite have large mansions) and to park in front of it's somber metal gates with surveillance cameras. As other former satanists have admitted, many a human sacrifice ritual has taken place within it's grey stone walls.

Yet, will the local newspaper or the police ever truly help in exposing such horrors publicly? NOT when such satanists sit in the Buncombe County courthouse of Asheville as several judges. Nor when they have infiltrated the police and sheriff's apartments and the State Bureau of Investigation! ( and I can name names, but in this case won't.)

Not when such people work for the local newspaper and are operating under the "good ol' boy" networking system to help cover for their own, even as the satanists in the police department are doing as well! (This is similar to Mafia infiltration to also cover for their own.)

I can never forget taking the hands of one Christian officer in that police department and praying with him in his office. He admired the fact that I had enough courage to come to him and mention exposing satanic crime in this area.

"I WANT to investigate and expose satanic crime here, but I am so afraid of retaliation from them..." he admitted as he held my hand and we prayed. His hand trembled slightly. Yes, these satanists have a reputation for instilling fear in all those who oppose them! In fact, in neighboring Madison County, so great is their terror and acts of bloodshed and retaliation, that it is known as "bloody Madison County" by the locals. But this is one of the major areas I worked together with terrorized and afflicted families who were targets of Satanism in these mountains.

I was warned by one former satanic high priest, who had operated both in Virginia Beach and later in the Asheville area, 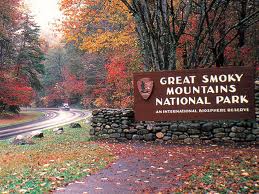 "NEVER go back to those mountains! Your investigate reporting has affected Satanists throughout the entire Great Smokey's, and they are mad! They want to put a bullet in your head..both the Feds and the satanists say 'you know too much and you talk too much!'"

(Actually, putting a bullet in my head is quite merciful compared to what I know they REALLY would like to do to me IF they succeed in abducting me!!!)

In fact, I have narrowly escaped several abduction attempts in those mountains, and I was warned  by an insider (who had exited that coven) that had they succeeded in one particular attempt, I would have been seized and hauled down in chains in a Ryder rental truck  and then chained to the altar in their great Satanist caverns of the Smoky Mountains, which stretch far into Tennessee, and most brutally sacrificed for having dared to stand against them.

Ryder and other rental trucks, including Paschall Trucking Lines (PTL out of Kentucky and Alliance out of Asheville) are frequently used to secretly haul human sacrifice victims to sacrifice locations nationwide.

I will soon give you a report from former Satanists, actual eyewitnesses of what kind of deaths both children and one woman (abducted because she was a Christian a praying against Satanism in those mountains) faced in the dread Satanist caverns of Western North Carolina.