As the scandal  of the emerging evidence of military guillotines, now linked conclusively to the Noahide Laws legislation, continues to create quiet yet serious shock waves across America throughout Christian circles, more and more Christians are beginning to grasp the immensity of the planned coming persecution in North America.


And they are beginning to finally comprehend clearly who are their true enemies behind the planned persecution. For so many Christians, the truth is a painful revelation to grasp. It certainly was for me. The pain of betrayal by the people I have loved throughout the years remains ever with me.


There is a large segment of American Christians who have been supportive of Jews in general regarding human rights, resisting anti-Semitism, and generally supportive of Israel, mainly because of Bible references the Jews and Israel. Many Americans have traveled to the Holy Land throughout the years, and also participated in various events such as Feast of Tabernacles. Millions of American tourist dollars come into Israeli coffers annually. 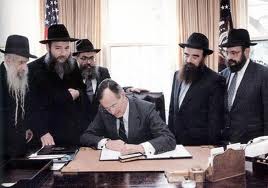 
But recently, Christians are becoming more and more alarmed as the purpose and intent of the NOAHIDE LAWS of the Jews becomes painfully clear. Especially since the Noahide Laws have become actual legislation in North America, ever since 1991. And now, ominous evidence has been continually surfacing across America that there are actual plans to enforce these Noahide Laws literally against a major segment of the American society.


Literal enforcement of the seven Jewish Noahide Laws means DEATH BY DECAPITATION for EVERY genuine Christian believer in Jesus Christ in the United States. 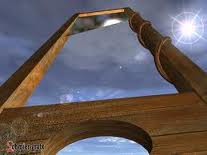 Military, CIA, and truck drivers' admissions that the modern guillotines are real are creating waves among Christians everywhere throughout North America. (Though you will never hear about any of this on the tightly controlled government censored news.)


Eye-witness sightings by civilians have continued across America for years as well. I know, because I have met personally with credible eye-witnesses of integrity as far back as 1995. This is the kind of information that the US government simply cannot successfully repress, because of so many different participants involved in this major "black op", who find themselves so profoundly disturbed over this that they simply cannot remain silent.


The fact that evidence has emerged that large numbers of these military guillotines have been shipped to military facilities ALL ACROSS OUR NATION clearly indicates their intentions of MASS GENOCIDE NATIONWIDE.


Furthermore, let me state that because of the supremely important factor, that this heinous plan of mass genocide is directed PRIMARILY  against tens of MILLIONS OF THE CHRISTIANS, that omniscient God Himself will not allow this outrage to remain cloaked in dark secrecy from His people any longer.


"There is nothing hidden that shall be revealed, nor covered that shall not be made known," declared Jesus Christ.


The sheer immensity of such a horrific plan for the mass genocide of America's huge Christian population absolutely defies comprehension. It also demands OUTRAGE.


The conservative American Christian has been the backbone of America for hundreds of years. To maliciously seek the destruction of THE CHRISTIANS from America, founded from her very inception by God-fearing Christian men and women of God, demands public outrage, investigation, and an appropriate counter-response to deter such a heinous plan for mass genocide against the American Christian.


Truly, this is a most serious time for Christians throughout North America to put aside denominational differences and to choose to stand united together, all across this nation, against a future agenda of planned persecution and genocide under martial law. 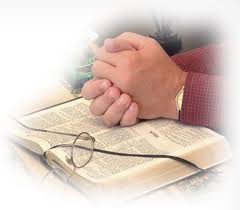 This is also a time for deep intercessory prayer coupled with fasting whenever possible.