Throughout my previous 17 years of traveling nationwide and worldwide to investigate the NEW WORLD ORDER globalist agenda for my nation, I frequently received information regarding THE MODERN MILITARY GUILLOTINES from various credible sources.


Some years ago, I received word through AL CUPPETT (Mr. "C") of Pentagon background, about CHINESE GUILLOTINES being imported. From what I can recall, this particular shipment was described as being "spring action" and smaller than the ones I have most recently reported on, as confirmed to me by former Staff Sergeant Donnie Boysel of Fort Lewis-McChord, WA.


The modern metal military guillotines are approximately 6 1/2 feet high with hand restraints as well, according to Boysel and other military sources I spoke with.

Communist China has steadily exporting products designed to facilitate the MARTIAL LAW agenda in America. In the future you will witness Chinese military among those who patrol the streets of America under martial law. You will also someday witness them operating THE MODERN MILITARY GUILLOTINES against Americans as well.

While researching the NWO agenda in Germany in 2001, I spent much time researching at the MARSHALL CENTER. The Marshall Center is a US military facility totally dedicated to a NEW WORLD ORDER globalist agenda. They train foreign military in NWO/UN/NATO  agendas, to take back to their countries.


I interviewed one military source there about the role of foreign troops in America under martial law, in that case GERMAN BUNDESWEHR. He fully admitted to me that foreign troops would be used in America to do the dirty work the US troops did not want to do to their fellow Americans. He also admitted American military would do the same thing in Europe and outside America.


"It's called 'EXCHANGE OF SERVICES'," he told me.

CHINESE GUILLOTINES AND PRISONER BOXCARS WITH SHACKLES
Through former military liaison  officer and later metal worker, Lee Harrington of Valier, MT, who maintained ties with former Senator "Scoop" Jackson, I received information that Jackson went on a special trip to CHINA to order 20,000 prisoner boxcars with shackles for the martial law agenda in America.


These may have the Chinese guillotines installed in them as well (I am searching my archives for this report.). These prisoner boxcars were in the form of 40 foot white cargo containers. Richard "Prince of darkness" Perle worked with Jackson at that time. Perle has consistently worked for the NWO  agenda to become reality in America.

MORE GUILLOTINES COMING IN ALL THE TIME 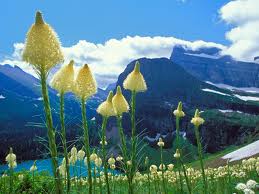 Only one year ago, a trucker I met in a church in the West Glacier NP, Montana region, took me aside nervously after the service and said in hushed tones,"...I heard you talking to that other man about martial law and guillotines in Montana. I gotta tell you something. I am a professional trucker. My trucker buddies are all upset now, because they are hauling SHIPMENTS OF GUILLOTINES INTO BILLINGS, MONTANA..." I thanked him and immediately posted this on my website.

In fact, MONTANA was the very FIRST  state I received a personal eye-witness report
from within regarding actual sightings of these guillotines.


My friend Marie McCullough, a devoted Christian prayer leader of integrity,  and four others had taken a prayer journey across America, and she had just arrived home. She then came to my home in 1995 in SC at that time, and shared the following.

While stopping to walk through the woods in the mountains of Columbia Falls, near Glacier NP, Montana, she said,"It was so beautiful! We wanted to take pictures....and so we followed railroad tracks further into the forest so we would not get lost. We came upon a long row of black boxcars on the tracks. They looked suspicious and out of place there. We went to one boxcar whose door was partially open. Our men slid it open further."


"When our eyes adjusted to the darkness inside, we saw  shackles welded inside the boxcar, as if to hold human prisoners! We were shocked. Then my friend Rose pointed to something ELSE inside the boxcar."


"We all looked at it and realized IT WAS A GUILLOTINE. We were scared by then, and quickly followed the tracks OUT of the forest, rushed to our van and got OUT OF THERE!" 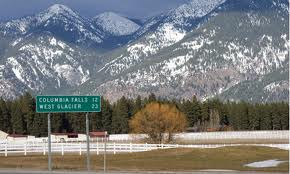 
That account captured my curiosity as never before. And by 1997 I was re-located to Montana for some SERIOUS research! I came to Columbia Falls to interview  locals about "boxcars with shackles and guillotines." I had learned since interviewing Marie, through much research since 1995,  that they were indeed"prisoner boxcars with shackles."
http://www.issuesandalibis.org/campsd.html

I interviewed one man who admitted that he knew about the boxcars previously there. And that he knew that they were there to take the local people as prisoners to FEMA camps under martial law. "They WERE here," he admitted, "but they have since been relocated on remote side tracks at higher elevations to avoid any more public sightings..." My subsequent travels, research and interviews with hunters who stumbled on them confirmed this.

US MARINES UNLOAD GUILLOTINES IN MONTANA
Go to the following link to read about US Marines unloading the modern military guillotines in Montana. 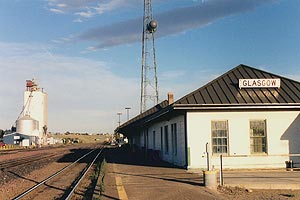 Train station in Glascow, Montana
That closed military base mentioned in the above link, where the US Marines unloaded the thousands of military guillotines, is in GLASGOW, MONTANA. It is a closed USAF  facility now used by Boeing,with restricted access. It has storage bunkers. Glasgow is where the prisoner shackles were welded in, and this was where the guillotines were bolted into the prisoner boxcars with shackles, that Marie stumbled upon in Montana. 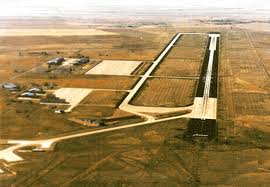 
Those boxcars with shackles traveled west,  down these very railroad tracks, passing through the Native reservation in Browning where native people actually caught a glimpse of the shackles through open doors as the train paused while passing through. This was reported to me as I interviewed one reliable source, the head of a Christian intercessors group.

Glasgow storage bunkers at closed base


With so many courageous, well-armed and Patriotic Americans living in Montana, who informed me they are prepared to battle this corrupt NWO  agenda to the end, perhaps no one should be surprised that there have been so many sightings of the prisoner boxcars with shackles and guillotines in that state.

However, the guillotines are now
everywhere across our nation.
THE GUILLOTINES ARE HERE

Christian intercessors, fast and pray and act as led by the Holy Spirit and God's Word.These wicked tools of planned destruction of the innocents are primarily here for YOUR demise and all others who will stand up for our Christian faith and heritage, the Constitution, and FREEDOM.

They will try to terrify you out of your Christian faith through the military guillotines program under martial law.

I have researched this aspect of the MARTIAL LAW/NWO AGENDA for many years now, and out of deep Christian love I am forewarning you before it happens SO YOU WILL STAND FIRM. DON'T BE TERRIFIED! Rather, become righteously angry and challenged to stand faithful and victorious over this great evil. And though warned against in Bible prophecy (Revelation 20:4), none of this is of GOD, but of the darkness and through wicked people of darkness. We are called to resist and overcome the darkness!

We are not called to collapse in fear
which only leads to defeat.
WE ARE CALLED TO RISE UP IN FAITH AND THROW OFF THE OPPRESSIVE DARKNESS OF THIS WORLD THROUGH JESUS CHRIST!

We must also take practical measures as well.
Do you have your emergency food/water supplies and all related items???
"Faith without works is dead..."
James 2:17