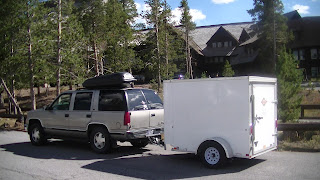 (My "mini-moose lodge on wheels" above
with new trailer graciously provided by reader support.
I sleep in the back of my SUV.)

YELLOWSTONE NATIONAL PARK is home to the famed SUPERVOLCANO caldera, believed to erupt around every 600,000 years or so...and now claimed to be OVERDUE (gulp!) Scientists believe that WHEN this volcano erupts, huge chunks of rock and earth will be hurled up to 50 miles into the atmosphere, to finally return as deadly projectiles that will kill everything in their path. 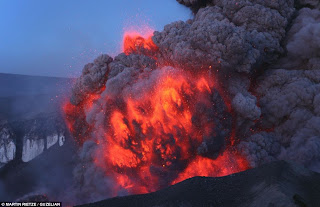 Everything living with a 600 mile radius will reportedly die from the deadly gases forced to the surface, superheated and traveling at frightening speed. Huge quantities of hot ash will spew from this deadly volcano, blanketing the breadbasket regions of the North American continent, estimated to reach 8 feet high or more. This will effectively destroy these agricultural regions for decades, perhaps even hundreds of years.

The ash that will remain in the atmosphere will have the power to create global cooling as the sun's rays are blocked, to the extent that for at least one year, no crops can really thrive or survive.

Massive and widespread earthquakes throughout this region will also accompany this dread supervolcano's eruption. 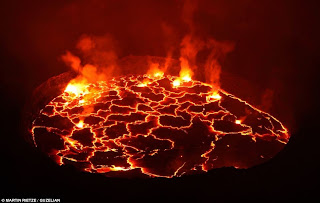 When this supervolcano finally, blows, you can say good-bye to many famous and well known locations and cities in North America, including the nearby playground of the rich and famous called Jackson Hole, Wyoming.

Some wonder, as I do, if the eruption of this massive volcano might be the fulfillment of end time Bible prophecy, wherein it speaks of a great earthquake, followed by the skies becoming darkened. Prophecy also speaks of widespread famine as well. Could the erupting of the Yellowstone supervolcano lead to the fulfillment of all of this?

I personally believe from God's word that God as the Creator of this world, maintains the sovereign right to use HIS earth to either bless people as they serve and obey Him, or to judge sinful mankind as they rebel and reject His commandments and continue in sin. I believe that this same God who used the floods to judge mankind so many years ago, is fully capable of judging this world AGAIN, using His creation. And as the Apostle Peter warned, the next judgment of this world will not be with a flood, BUT WITH FIRE.

"The earth is the Lord's, and the fullness thereof...." 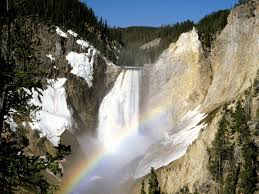 I love the beauties of God's magnificent creation. And YNP is certainly full of diversity, both of wildlife and scenic wonders, intriguing and even dangerous beauty throughout this geothermal wonderland. 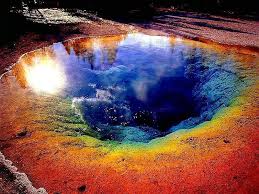 The wildlife here is incredible...Buffalo and wolves and grizzly bears and majestic elk abound throughout the Park. Here are just a few of the animals visitors encounter frequently during their visit: 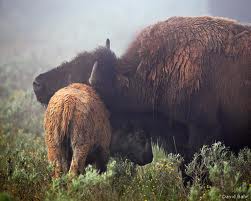 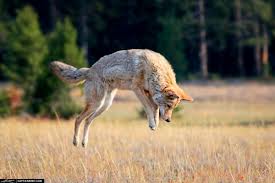 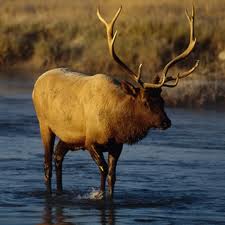 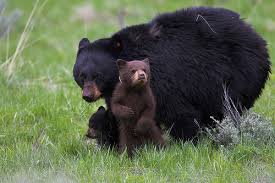 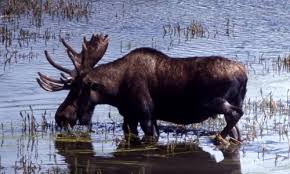 But beneath all the scenic beauty of YNP, there lurks darker secrets that are not readily apparent to the millions of tourists that visit the park every year.

YNP is considered another "AREA 51" by the US military due to it's geothermal qualities, according to my military source in Bozeman. No tourist will ever see the secret entrances, often concealed in false caves, of their underground military base facilities and labs located there, especially in the OLD FAITHFUL region of YNP. (As confirmed by a retired military source and former security guard of YNP. 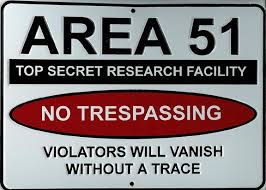 Nor will the tourists ever see the underground military tunnels either.

Another eye-witness I interviewed admitted being in a special program with the military that took him inside these underground facilities there.)

Scattered throughout the park are thousands of tiny  motion detecting sensors, each about the size of a quarter, used to locate anyone within the park boundaries, including the remote wilderness regions.

Even darker however, are the reports I have received directly from military sources about massive explosives planted deliberately around this supervolcano. Famed AL CUPPETT, Pentagon source who lectured on the coming MARTIAL LAW takeover of America, told me one day about receiving reports of massive explosives-including a Russian ICBM missile-planted in this region. 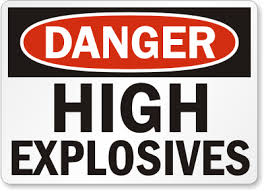 Retired military and 9/11 truth-teller Field McConnell admitted to me that he had received reports also from military sources, confirming the suspicious planting of heavy explosives in the supervolcano region of YNP. BUT FOR WHAT HIDDEN PURPOSE???

Let's go even further. When I worked for XANTERRA in YNP in 2006, I was handed a sheet of paper, given to every employee. It stated that RUSSIA was beaming HAARP FREQUENCIES INTO THE GROUNDS OF YNP 24/7! It further stated that employees did not need to worry...that it was basically harmless to people. HA!

HAARP military base in Alaska

DO you know what PROJECT HAARP frequencies do when beamed into the GROUND??? These ELF frequencies soften the rock and are used by the military to trigger and create EARTHQUAKES!

Or...are the high explosives, planted there by the military, all in place to SIMULATE the YNP supervolcano erupting, so as to justify a MARTIAL LAW DECLARATION regionally... and to then force people to relocate to FEMA CAMPS and gun owners to surrender their weapons, etc???

All of the above reasons are WHY we should pray for the YELLOWSTONE NATIONAL PARK region of North America at this time. Whatever happens in this region, has the potential to severely affect the rest of this nation severely...and the WORLD as well. 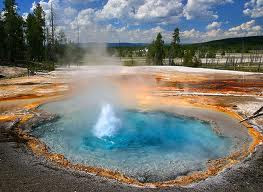 Earthquake...famine...global cooling...death...all this and more will happen on a large scale when this mother of all volcanoes finally blows. 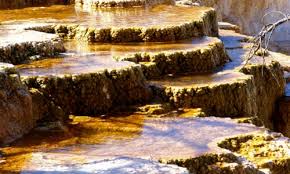 Apparently there ARE people out there insane enough to want to trigger (or simulate) this horror of an erupting SUPERVOLCANO, regardless of the millions of innocent lives it will endanger as a result. 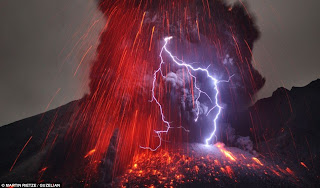 Please join with me in PRAYER for this endangered region of NORTH AMERICA at this time.

God bless you all, and thank you for your prayers and support. Pray also for God to have mercy on my brother in his frail physical condition. Thank you.