Strange Words from The Lord About NEW YORK CITY 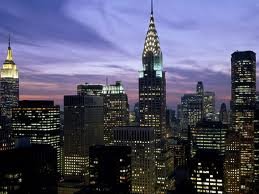 I have been continuing to pray specifically for God to give me by Holy Spirit revelation His word for His people, to then publish on my blog. We are living in very serious times, and I am seeking God daily for revelations from the Holy Spirit. No, I don't believe in fabricating something to get people's attention or "make a name for myself."

I see too many people "in ministry" who apparently do just that at times. And God hates it. You can read throughout the Old Testament about how God feels about false prophets who prophesy out of their own imaginations and NOT what the Holy Spirit is truly saying.

There I am very careful as to what I post, when I say that God's Holy Spirit has impressed something upon me.

But strange words were impressed upon me yesterday. And I have prayed for an explanation, and have no clear one as yet. 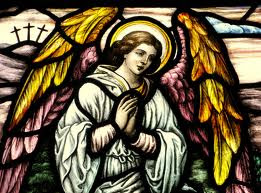 As I was praying for God to hold back the horror of nuclear strikes and false flag attacks on America, I felt the strong presence of ministering angels of comfort. The sadness that I feel is understandable. I know what this all means when it comes down in our nation.

Oh, the millions of people who will suffer because of the plans of wicked men! My heart is filled with deep grieving as I think about this, and then pray for our nation. I am thankful for the presence of God's ministering angels of love and comfort at times such as this.

No, I saw nothing, as Daniel saw with Gabriel. I simply feel the divine presence of God's love and angels of compassion ministering within. They too must grieve with me over the sheer wickedness of evil people who plan such terrible things for millions of innocent victims.

The Bible states that the angels of God and Jesus Christ are ministering spirits, sent to minister to those who are heirs of salvation. They were even sent to strengthen the holy Son of God in His hour of temptation before His arrest and crucifixion. How much more so then do we , as weak and sinful mortals, need ministering angels in our times of crisis!

When I distinctly sensed the presence of God's comforters as I prayed about what to write in this blog, the following words were clearly impressed upon me: 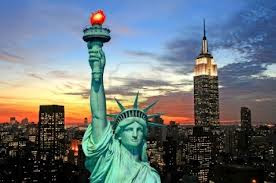 Huh? What is THIS You are speaking to me, God? I was not expecting these words.

Only yesterday I had been reading about Sodom and Gomorra, and about recent archeological excavations in that region believed to be where the five cities of the plains that were destroyed BY ANGELS OF JUDGMENT, raining fire and brimstone upon those cities. As the angel said to Lot, they could do nothing until Lot and his family were safely out of the city.

Yes, as the Bible reveals both in the Old Testament and the New Testament, God uses His angels to execute His holy judgments in the world we live in.

So as those words were being impressed upon me, I thought of the above.

I have performed missionary work many times in New York City and all five boroughs. Having done this, I am fully aware of the deep sin and darkness that fills this region of America.  But the Bible also says, where sin abounds, God's grace abounds even more to reach the lost for Jesus Christ. There are many wonderful Christians and churches and ministries in NYC, bringing the light of Jesus Christ to this dark city continually.

However, I have always sensed that great judgment was coming to this city, regardless. 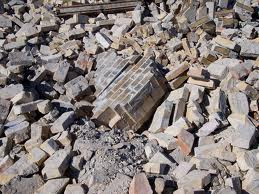 Many years ago, my wonderful Christian mother had a clear vision of the future destruction of NYC. She actually saw herself walking with one relative, over the rubble that once WAS New York City. In this vision, she was told that even the tunnels there were closed due to the destruction that came to that city. And throughout the years, she wondered what this all meant. We wondered if it meant EARTHQUAKE.

Many years later, a friend performing Messianic outreach to the Russian Jews in NYC, told me of a vision her Messianic Jewish sister had. It was very graphic.

MISSILES RAINED DOWN UPON NEW YORK CITY! THERE WERE FIRES AND DEVASTATION EVERYWHERE. SHE SAW PEOPLE SEVERELY INJURED, SCREAMING AS THEY LAY ON THE GROUND. DESTRUCTION WAS EVERYWHERE. 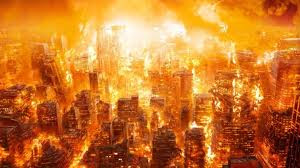 And when my friend asked God with tears to never let this happen, His Holy Spirit replied, "I cannot hold this back...THE SIN OF THE CITY IS TOO GREAT." I never forgot this vision nor those words of the Holy Spirit.

The famed NYC evangelist David Wilkerson also once wrote of the judgment of New York City. He wrote of "THE NIGHT OF A THOUSAND FIRES" and the burning of this city.

While I know that there is great sin in modern-day "Babylon-on-Hudson," there are also many precious people and Christians and even personal friends as well in that city. 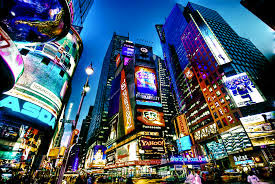 IF judgment must come at last to this great city, PRAY for the mercy and grace of God to protect His elect, and to bring them safely through the fires of judgment to safety and refuge. May His mercy triumph over judgment in this hour.

I know of Christians who are convinced that great judgment is coming to this city. BUT they choose to remain, laying down their lives in order to reach out to the lost souls there before judgment comes. They are on a suicide mission for Jesus, literally. And the realize this. But they also know the cost of true discipleship, and they have chosen to lay down their lives for the call of Jesus Christ. God bless and protect and sustain them!

Personally, I am praying for His grace to hold back the hour of the judgment of New York City. But once God in His wisdom and justness decides to act, NO man can restrain His holy judgments.

There are many people and world leaders throughout the world today, who will never repent nor fear God UNTIL HIS JUDGMENTS ARE MANIFESTED in the earth today. God has a reason and a purpose for unleashing His holy judgments in the earth in various places. This is why the Bible clearly states:

"...For all nations shall come and worship before Thee, for Thy judgments ARE MADE MANIFEST." 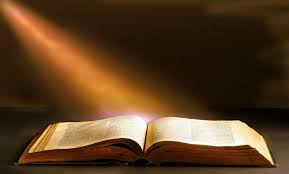 I tell you, this is an hour to live in the holy fear and awe of Almighty God. We are living in a time of JUDGMENT coming. Blessed are those who sins are forgiven, and who take refuge in the Blood of the Lamb and His mercy in these times to come.

-Pamela Rae Schuffert-
****************************
~Postscript~
No, God did not give me any date. Personally, I am wary of any "date-setting," since prayer and repentance can hold back the judgments of God. God alone reserves the right to know the times and seasons He chooses for judgment. But it is interesting to note that He would impress this upon me at this time, and I am watching and praying about all of this.-PRS
Posted by Pamela Rae Schuffert at 10:07 AM