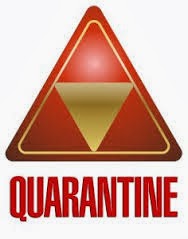 Throughout the world of ALTERNATIVE NEWS JOURNALISM, there are articles repeatedly being published that claim to have information regarding a COMING PLANNED PANDEMIC in America.

Numerous websites on the Internet discuss this important issue. YOUTUBE has numerous videos posted that expose the coming pandemics.

None of this surprises me in the least. And I know it is ALL true and a part of the NWO martial law agenda for America. How do I know?

Many years ago, I interviewed former CIA insider who previously worked for the NWO agenda in America. His name was Larry Wayne Harris. Larry once was a microbiologist working for the CIA. He was not a Christian at that time.

In fact, he admitted to me that the CIA was always trying to get him into satanist rituals or to train at the Theosophical Society in Wheaton, IL. After he came out and became a Christian, he felt compelled to tell the American people the truth.

As I interviewed Larry for my former radio broadcast, DEFENDERS OF LIBERTY with WWCR network out of Nashville, TN, the frightening truth began to emerge about the planned pandemic for America. 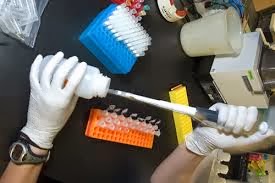 "We were paid by the CIA to engineer and  develop deadly viruses and bacteria that would someday be used AGAINST THE AMERICA PEOPLE...." he began. WHY the CIA?

The CIA is a major planner of the NWO agenda for America. In the CIA you will find the fulfillment of the Nazi's vows at the Wannsee conference in 1942, that IF the Illuminati's NWO agenda failed through Nazi Germany, it would transplanted instead TO AMERICA. That very same year, the OSS was established in America, later to become the CIA.

The CIA has been a tool of the Illuminati and it's NWO agenda from it's very beginning. Through it's OPERATION PAPERCLIP, thousands of former Nazi war criminal were brought into America, their criminal war records expunged, and the NWO FINAL SOLUTION came with them, to be continued right here in America.

And Mr. NWO Bush (Scherff) himself was one of them, in fact.

Larry explained to me how he had helped to design deadlier versions of ANTHRAX that were incurable. How he had developed special devices designed to be thrown into public water reservoirs, that contained deadly diseases that were created to pollute large bodies of water. 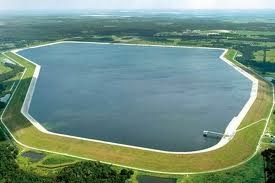 "This one device I designed contained both the deadly toxin and a small explosive charge that could be remotely detonated. You throw it into the water, detonate it from shore, and soon the whole body of water would be filled with deadly toxins or disease of bacteria designed to make people sick or kill them."

When I asked him when all this was to take place through covert agents and black ops, he said it was all tied in with upcoming MARTIAL LAW.

Such deadly devices and other methods would be used to create huge pandemics that would justify declaring MARTIAL LAW regionally throughout America. 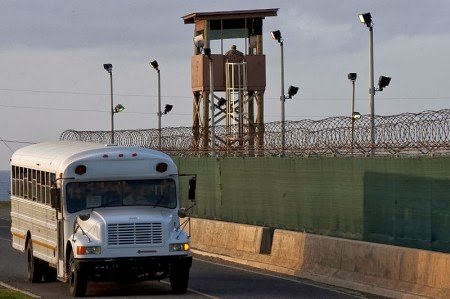 This would then lead to people being forced to evacuate their regions and homes, and to be "quarantined" in the FEMA/DHS camps. FEMA buses, prisoner boxcars and even planes will be used to transport people to the camps.

He said also that the deadly diseases they were developing for the CIA, were also to designed to be used to weaken the ability of the American people to offer resistance under martial law. It is very hard to fight back, when a person is incapacitated through severe and debilitating illness. We have all been sick at times, and know how difficult it is to function when not feeling well.

Larry began to share his insider information way back in the late 1990's. I published his shocking revelations then for my listeners and readers.

Therefore, I have long known that this is a deadly part of the Illuminati's NWO agenda for my nation, America. When I tell you that they have no regard for the value of human life, I know what I am talking about from the inside of these operations. 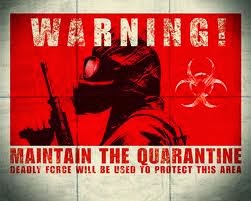 These NWO madmen do not care how many innocent men, women or children or infants they cripple or kill in their insane quest to take over America and rule the world under Lucifer. Jesus declared that Lucifer/Satan is both a LIAR and a MURDERER. And that those who follow him will also do his lusts, or desires.

The Illuminati, or satanists, also believe (erroneously) that the more innocent victims they destroy by sacrifice or any other means, the more money and power Satan will give them. This is one of the basic teachings of satanists and the Illuminati.

Therefore, you can be certain that these NWO people will secretly count every single victim of their upcoming planned pandemics, as simply ONE MORE SACRIFICE TO SATAN to obtain corrupt power from him to bring forth their NEW WORLD ORDER. In fact, one former CIA source told me this exactly.

I admit that sometimes this kind of investigating and reporting can become overwhelming, and very depressing for tender hearts like mine (and yours too.) 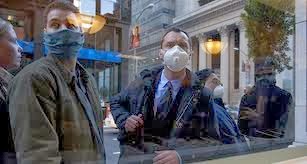 Pray for Larry Wayne Harris. When I last spoke with him by phone, he had come under terrible attack that almost killed him. He was very sick. His truth is not popular with the NWO crowd, who wants their dark plans to always remain covert. As Jesus declared, the darkness hates the light.

And by the way, beware of government misinformation and slander regarding Larry if you attempt to GOOGLE up his name. This is one of their major tactics used by the government to attempt to discredit whistleblowers who expose them. And being of their father the devil, they will lie and they will murder to cover up the truth. 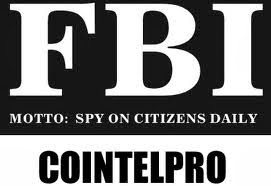 Such tactics are used all the time against whistleblowers. It is called COINTELPRO.

I know, because I have experienced this first-hand. I know their tactics. And they will go to any lengths at times to discredit, slander and libel those they consider a threat to THE AGENDA and THE PLAN.

Larry is not a "white supremacist". He is not a criminal. He is instead a Christian now, a man who came out of great darkness while working for the CIA,  who then came under severe attack from the forces of darkness for daring to expose the deadly truth about the planned pandemics.

He is not a criminal. I have witnessed many honest whistleblowers falsely charged with crimes they did not commit, to intimidate them and silence their testimony.

In fact, I find it hilarious that "they" try to pin the slanderous terms of "neo-Nazi" or "white supremacist" on poor Larry, when in fact the VERY Nazi CIA is both white supremacist and NAZI in nature! It's called the pot calling the kettle black. 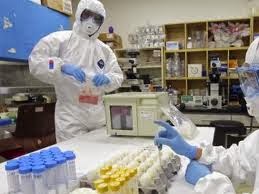 In more recent years, I interviewed a man who had been working with the military. He admitted to me that he was taken into an underground military facility, wherein the US military was developing deadly viruses and diseases in their underground labs not far from Bozeman, Montana.

"I was forced to watch as two microbiologists were later executed in that facility, to conceal from the public forever the truth about what they had been developing for the military."

His eye-witness testimony perfectly confirmed reports circulating throughout alternative news websites, about microbiologists mysteriously disappearing or dying, who are suspected of also developing such diseases for the government and military.

None of this is new. The US military has been developing and designing deadly chemical and biological warfare agents to be used against enemy forces in warfare for decades. 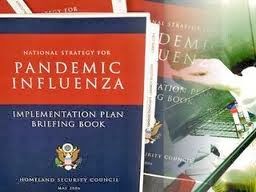 What is frightening, however, is that apparently these modern pandemics are NOT aimed primarily at some foreign threat in another country. Rather, they have been designed with the sole intent of incapacitating and killing the American people, right here on US soil. More specifically, to take out all resisters to the NEW WORLD ORDER agenda for America.

Targets include Constitutionalists and Patriots, gun owners, Christians, home schoolers, and other good people of morals and conscience who traditionally have formed the backbone of America from her very beginning.

I can never forget what I was told from the inside, about the true nature of the NEW WORLD ORDER. It is Satan's dark kingdom manifested on earth. It is the fulfillment of REVELATION 13 and the KINGDOM OF THE BEAST under Satan's dark power. Satanists have admitted to me that they are the backbone of the NWO. 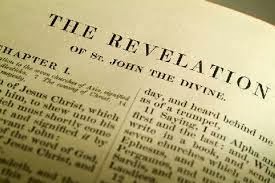 The BOOK OF REVELATION exposes the NEW WORLD ORDER

And as Satanists, they are determined to eliminate the God-fearing people and the good from the face of the earth. And like their father Satan, they plan to show no mercy to those who oppose them and their heinous agenda. 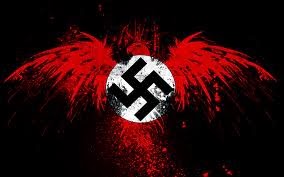 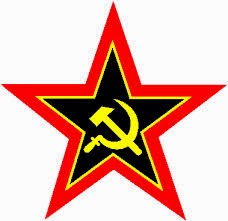 And so it shall be in America under MARTIAL LAW. At least, this is their plan. But will millions of gun-owning, freedom-loving and God-fearing Americans go along with it??? Would YOU???

In order for Americans to understand THE FUTURE, they must first research THE PAST and learn from history. History is about to repeat itself, this time on American soil.

As I have stated throughout the years, the American people have been deceived, betrayed and sold out from the inside for many decades now.

Choose to be deceived no longer! Understand what is planned to come to this nation, and then purpose to DO SOMETHING ABOUT IT. The only thing it takes for wicked men to triumph, is for GOOD PEOPLE TO DO NOTHING.


It is time to become informed, because...
AN AMERICAN HOLOCAUST IS COMING. 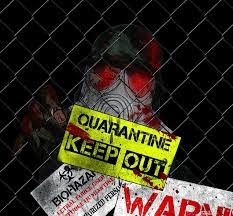