Why Christian Families Must NEVER be Taken ALIVE to the CAMPS


EXCERPT FROM SPECIAL GUEST ARTICLE FROM:
IN MEMORY OF SERGE MONAST: The Goals of Project Blue Beam


Note from Pamela-I have followed Serge Monast's reports before he was mysterious killed...quite evidently for his reporting exposing the NWO. His reporting is accurate regarding the evil intents of the NWO. However...

This kind of material is not for everyone to read, because it can be frightening or overwhelming to some, and it is dark.

I recommend that ONLY strong Christians who understand spiritual warfare and are willing to have their eyes opened to the truth about what we are facing today, read revelations such as these.

Excerpt-...For those who will not accept the New World Order, who will reject it, the New World Order people have already built re-education concentration camps and, for those camps, they have established what they call the 'rainbow classifications' of the new world order prisoners.

The RAINBOW is considered as the 'bridge' leading to the Satanic empire of the New World Order.

We already know, for instance, that everyone will have to take an oath to Lucifer in order to cross that bridge into the new age. All who resist that initiation will be sent to detention camp facilities where they will be separated into different categories, known as the rainbow classification of the New World Order prisoners. 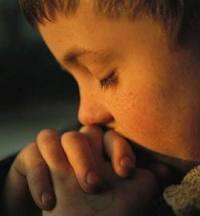 2. Classification of prisoners to be used in medical experiments where drugs and new technologies will be tested on humans.

3. Classification of healthy prisoners for the International Organ Donation Center where vital organs will be removed one by one while they are kept alive by mechanical devices.

4. Classification of all healthy underground workers. The new world order is basically a worldwide dictatorship based upon the Luciferian religion; a dictatorship with the illusion of democracy. In order to maintain the illusion of democracy, camps and slave labor will be hidden underground in massive colonies that are being built as we write this report.

5. Classification of 'Uncertain Prisoners.' In the international 're-education' center, political and religious prisoners will be re-educated (by whatever means are required) so that they may repent on international television programs and glorify the virtues of the one world government for the benefit of all humanity.

7. Classification seven. We are still waiting on the details of the Seventh Classification, and we are awaiting verification of the colors to be assigned to these classifications of prisoners, but this is the basic agenda of those who have planned the new 'paradise' world of the future.
***************************************************
You must understand that when I decided to release, about six months ago, some of their plans and information concerning their most important project, which is the NASA Blue Beam Project, I wasn't certain if I would survive my stand against the new world order's plans to put down on their knees all of the world's cultures and religions.

But, now, following my own Christian conscience, my real and deep love for all my unknown brothers and sisters in America and throughout the world, I freely accept to give my life if it has to be the case for the truth, for Jesus Christ, by releasing for the first time, the four major steps of the Satanic Blue Beam Project.-End of excerpt
**********************************************
Comment from Pamela Rae:

Christians in America, please pray about this, and make preparations to protect your precious children from such planned horrors and atrocities. Spend time praying over your children, pleading the blood of the Lamb on every child, Pray for God to shatter the wicked plans of these murderers for our nation. Pray for a plan of safety and escape, and protection for your family and loved ones.

I will state without apology: do not be taken alive to the camps, neither YOU PARENTS, nor YOUR CHILDREN.

You as Christians are under neither moral nor spiritual compulsion to surrender to Satan's kingdom and plan of DESTRUCTION for you and your family! You have a God-ordained responsibility to PROTECT your children and family members from the attacks of the enemy and those under his control. 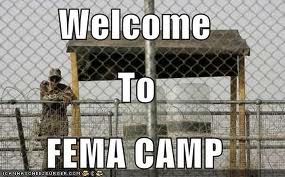 None of the plans of Satan the adversary are the will of God: God is NOT schizophrenic! He is against Satan and his lies and his works, and  against Satan's followers as well.

And it IS His perfect will to give you full victory over the wicked who come to "steal, kill and destroy" in Satan's name.

The Bible tells us that Jesus Christ was manifested to destroy the works of the devil! Therefore take the WHOLE ARMOR OF GOD and stand resiliently against this demonic NWO plan of destruction for your and your family.

"Resist the devil and he shall flee from you."

"Having done ALL, stand." 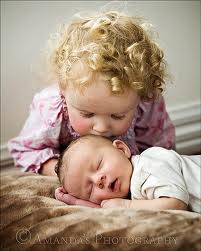 Start deploying the mighty spiritual weapons God has given you NOW against such a dark and wicked adversary. Someday, you will be glad you did!