My Miracle of Healing at LAST! 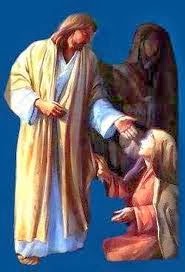 It has been many years since I struggled with such persistent and ongoing pain and troubling symptoms in my body. But this attack on my health was most upsetting because it affected my ability to blog and to minister with my hands in Christian music and other capacities using my hands.

God's ways are so amazing! He is a God Who honors our faith, commitment and obedience to Him. And Who hears our heart's cries and answers our prayers!

Last Friday (10/25/2013), in spite of still being in great pain and feeling very weary from continually battling it, I felt the leading of God to drive throughout the Asheville area to pray against the spiritual darkness and against all Halloween horrors of the satanists so prevalent throughout this region. I knew from years of journalism and Christian outreach in this region, that many unfortunate victims were scheduled to die at their  ruthless hands this Halloween season.

Frankly, when you know what I know, you simply can't stop praying about all this. I never do stop praying. 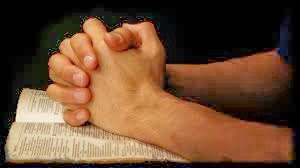 There will come times in all our Christian lives, when we must do the things God is leading us to do, no matter how difficult it may be due to various circumstances.

Jesus remains our example. He had to go to Jerusalem to face a most terrible death for our sins on the cross. In the garden, even He cried out for this cup to pass, if possible. It was not easy for Jesus to press on to the destiny God had for Him that fateful Passover season. But He knew He had to do this, because it was the will of God and His destiny as well. 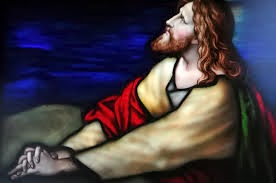 In spite of my pain, I knew that God was leading me to do this Friday, and so I prayed for strength and the the pain to abate, and began my prayer drive throughout this region. This is also when I met with Christian Officer Keith in  downtown Asheville, as the following article declares. We also prayed together against Asheville satanism and for the intended victims to be delivered from death at their hands this Halloween.

Would you believe that I also met a person  last Friday who had been following my reports?

Two paramedics, parked next to Officer Keith downtown (in case of any accidents or medical crises that often can occur as people carouse on a Friday night in Asheville,) talked to me as well. One, after listening to me for a while, asked if I were that woman who wrote the article "Asheville Satanism." He then asked if it really were all true.

I replied that I was the author, and that it was unfortunately all true. But that such articles were written to wake up the Body of Christ and to motivate them to heart-felt prayer against the spiritual darkness prevalent in this region.

That paramedic then shared how a friend of his, who is now a Pentecostal pastor, Rob Taylor, had a frightening but revealing experience in Asheville that opened his eyes to satanism in this region. 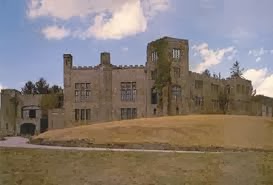 When Rob was a high school student, he and some friends decided they would climb over the grim metal fence surrounding Ceili's Castle on Town Mountain Road, to see if satanists and human sacrifice really did take place there as many suspected. (It's a miracle they ever lived to tell the tale!)

As they were walking towards the forbidding castle, Rob and his friends were soon confronted with men in black satanist robes carrying firearms. They were ordered to leave at gunpoint, and ran to get out of there.

The paramedic told me that what frightened Rob the most, was when he and his friends received letters in the mail a few days later, giving their names, social security numbers and dates of birth, and warning them to never return again. They then realized how heavily monitored this grim stone castle really was! This all  happened when Jerry Sternberg still owned this building.

What an interesting conversation I enjoyed with them on Friday in downtown Asheville at Pritchard Park.

But what was even more amazing was when I returned to the nursing home where John is to spend time with him that night. How much better my neck, shoulder and arm felt! So much of the lingering pain was gone.

And today, Sunday, I believe that I am finally healed of every painful symptom I have suffered from previously. I have wept as I prayed previously, asking God to take away the pain and the paralysis and numbness in my left arm and hand. I told Him that I could not continue in ministry as before, with these debilitating handicaps.

In fact, this is why you have not seen many reports in recent weeks since I got here. Every day and every hour had been an ongoing battle with pain and strange symptoms I have never had before in my body. Recurring numbness and terrible pains in parts of my neck, shoulder arm and wrist were all making it impossible to write articles.

And by this time, none of it was of God. It became obvious to me that satan was working overtime to stop me from being effective in this region. I also know how satanists operate when attacking their opponents. They hold rituals in which they summon demons of pain, sickness and death to attack those they target. 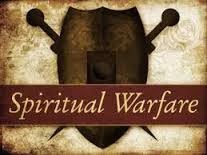 Can Christians come under such deliberate attacks? Yes, and many do. But, they don't have to stay under attack! That is what spiritual warfare is all about, and why we are commanded to put on the full armor of God and to resist the adversary effectively using the weapons God has given us through Christ Jesus. We are to use THE BLOOD OF THE LAMB and the WORD OF GOD and the NAME OF JESUS CHRIST in battling this kind of enemy.

And the Bible promises us, "Resist the devil and he will flee from you." And that is exactly what has happened. As I prayed against the spiritual darkness in this region on Friday, the powers of darkness also oppressing me and attacking my health also departed in Jesus' mighty Name.

I distinctly began getting better Friday evening, and even told a Christian nurse friend of mine as we at dinner together. She noticed how much better I was than a few weeks ago when we met and had dinner together. It abruptly ended when my pain became unbearable.

And now today, Sunday, I can honestly say that I feel 99 percent healed, with only a trace of minimal soreness as the natural healing process progresses. What a relief! Praise The Lord God the Almighty! Praise His Son Jesus Christ for the power of HIS STRIPES WHICH HEAL US!

John and I are now spending time listening to Christian Gospel music and have our own church service right in his room, as we spend time in prayer for this nation and for our many needs. John remains an invalid, confined to a bed or wheelchair, and also battling recurring pain. But he now has hope as he witnesses Jesus healing me.

Thank you for your prayers for John and I, as we press on towards overcoming and victory through Jesus our Savior. By His stripes, we can ALL be healed and set free, and that includes you as well. Never give up, and keep on persevering in your faith and your prayers! God WILL come through for you. He cannot fail you. 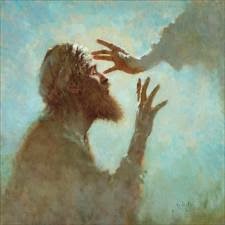 He remains incapable of failure.