Vicar Of Baghdad:Testimony of Child Martyrs 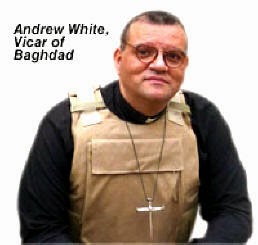 THE MOVING TESTIMONY
of the
REVEREND
CANON ANDREW WHITE,
VICAR OF BAGHDAD,
AND THE CHILDREN WHO
WOULD NEVER DENY JESUS
http://m.youtube.com/watch?v=fiB7nEwYJNg

Although I have not previously shared this with my readers, for several months now I have been spending much time investigating the terrifying persecution of the Christians in the Middle East.

This especially includes Christians in Iraq and Syria that are being targeted by the ISIS jihadist terror troops continually wreaking havoc on cities and towns throughout that region. 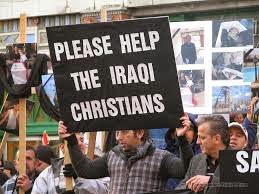 Deeply concerned for the Christians suffering there, I have wanted to write articles on this subject more than once. But every time I sat down to write about this subject, I realized that I would have to perform much more investigative research to fully understand THE BIG PICTURE overall.

And so I have been taking the time to research for hours every day on the plight of the suffering Christian refugees from Syria and Iraq. Many questions must be asked. 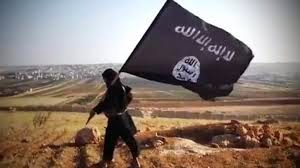 Who is attacking them, and why? Who has trained these Islamic terrorist mercenary forces? What are the hidden agendas behind the events we see occurring? What nations are involved in funding and training them, and why? Who stands to benefit from these deadly attacks launched against Christians in the Middle East? Is this also a part of "regime change" plans for Syria?

Every American must also ask: what role does America play, plus her allies and NATO? 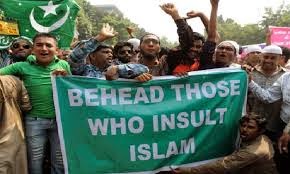 We all must remember that no prolonged battles and skirmishes of this magnitude could ever take place without extensive prior training of ISIS forces, plus extensive and costly military and financial support from supporting nations besides.

Supporting nations must obviously have a vested interest in the outcome of this battle...or they would never invest billions of dollars into covert training and the providing of military supplies and support of the ISIS rebels.

Numerous investigative reports from credible alternative news sources are confirming that the ISIS mercenary rebels have been covertly trained by the US and her allies in the Middle East for years now.

This should come as no shock. The US (CIA) also raised up AL QAEDA in Afghanistan for regime change to oust the invading Russians in the 1980's. 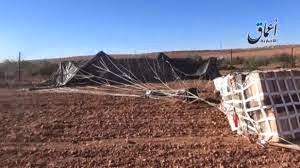 I have personally read reports  by eye-witnesses who are fighting the ISIS mercenary fighters, indicating that the US is covertly air dropping combat supplies to the ISIS ground forces. These ISIS rebels are clearly being used by the US and cooperating nations for overthrowing the government of Assad Al Bashar.

In other words, the US "war against ISIS mercenary rebels" is a sham. The public is not being told the truth. IF the American people were to fully understand what is really happening in the Middle East today, public outrage would become intense. 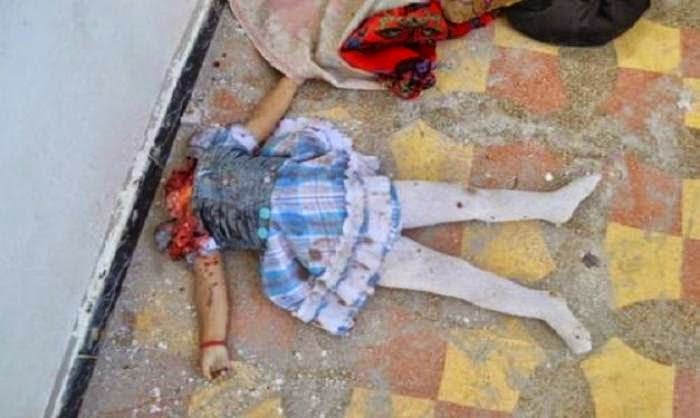 Apparently the US government (and their allies in this Middle Eastern conflict) do not care if the unfortunately Christians caught in the conflict are literally thrown to the lions in the process.

And of course the compromised and highly government controlled mainstream news media will never reveal the underlying truth regarding what is actually happening in the Middle East today.

Could a major reason behind these increasingly disturbing events be hidden "hegemony agendas" from the various nations involved behind the scenes???

Reports indicate that America and her NATO allies, plus Turkey and Israel are involved in the covert training, funding and military support of the ISIS rebel forces, apparently for REGIME CHANGE and redrawing of international boundaries.

But the MSM will never expose this truth. Alternate news media sources are the only reliable channels of honest information today in covering important events such as this.

There are those Christian leaders who have been expelled from their churches and their land in Syria and Iraq who are completely agreeing with this assessment. They have been sold out by the West for oil,  and various hegemony and regime change agendas in the Middle East. 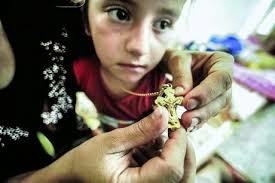 But regardless of the answers to the disturbing questions posed above, the Christians throughout that region have suffered intensely from Islamic attacks on their homes, their churches, and their very lives.

They are worthy of our Christian prayer and support from the West at this time. 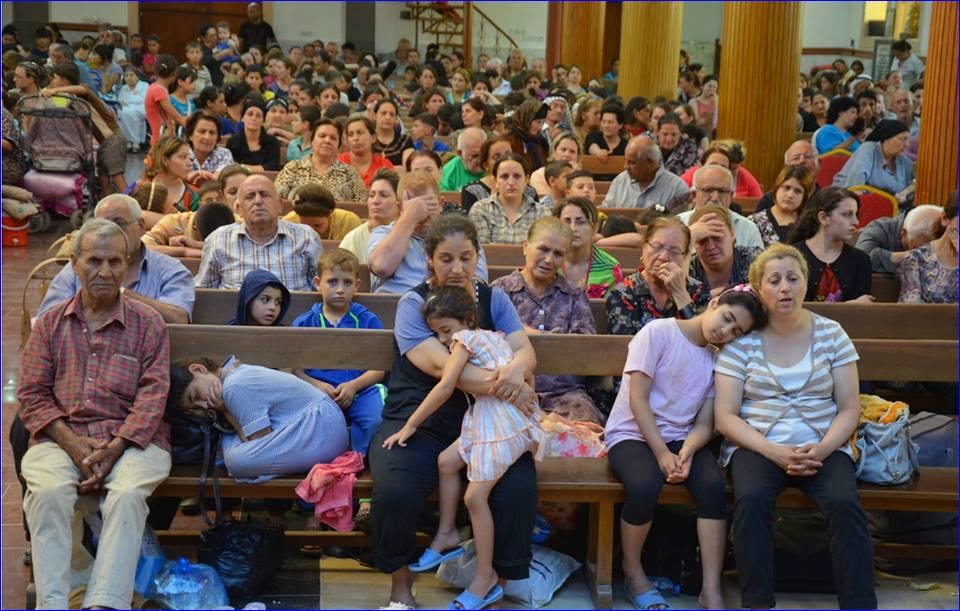 My heart has been broken many times as I have read articles and interviews of survivors and what they have been suffering in cities like Mosul and Raqqa and many other cities besides that ISIS forces have been ruthlessly invading.

However,there is one precious Christian man who stands out as a beacon of love and support for these refugees and victims. 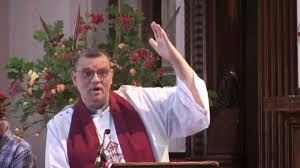 He is the Reverend Canon Andrew White, Vicar of Baghdad, whose work with the Iraqi Christians is legendary and known worldwide.

The Reverend Canon White has been the spiritual leader of what had been the only Anglican church in Iraq, St. George's Church. 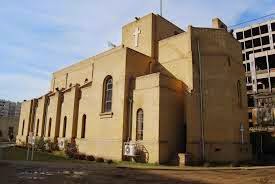 Much of his work centered around ministering to children and bringing the love of Jesus Christ to these little ones, prior to being forced to flee Iraq due to ISIS. 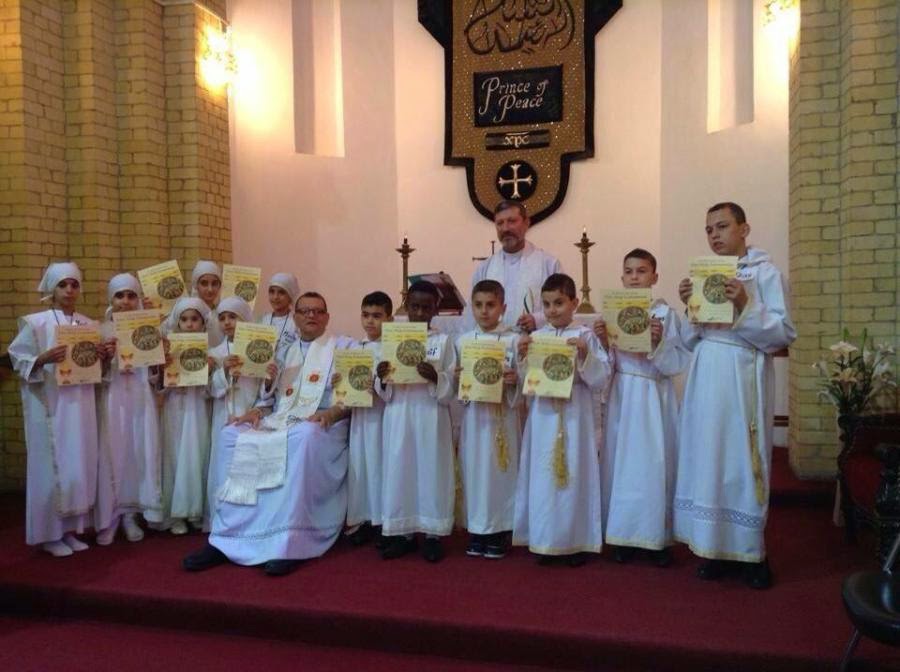 Here are some of the Iraqi children Canon White taught,
celebrating their first communion
in St. George's Church in Baghdad. 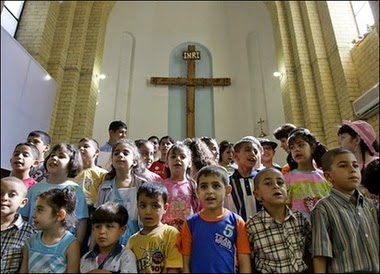 And from among  precious Christian children such as these, have emerged the courageous "little ones to Him belong" who have given their lives  for the testimony of Jesus Christ in Iraq under ISIS Islamic occupation. 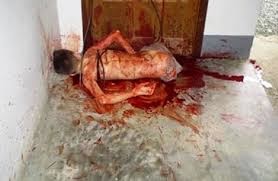 Here is one child who Reverend Canon White personally baptized, and was later martyred for Jesus by ISIS terrorists.The parents had lovingly named their child "Andrew" in honor of their revered Vicar of Baghdad.

But now, little Andrew wears a martyr's crown in Heaven. He was brutally cut in two by the heartless Islamic jihadists under ISIS.

I cannot apologize for publishing graphic photographs of the Christian victims of Islamic jihadist carnage. These are the bodies of our suffering brothers and sisters in Christ! Our hearts must  collectively be moved with grief and compassion for our brethren in Christ and their terrible sufferings in the Middle East. 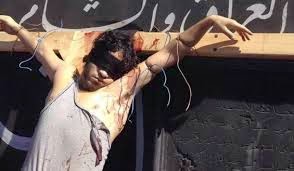 Christian children being crucified for their faith in Iraq. 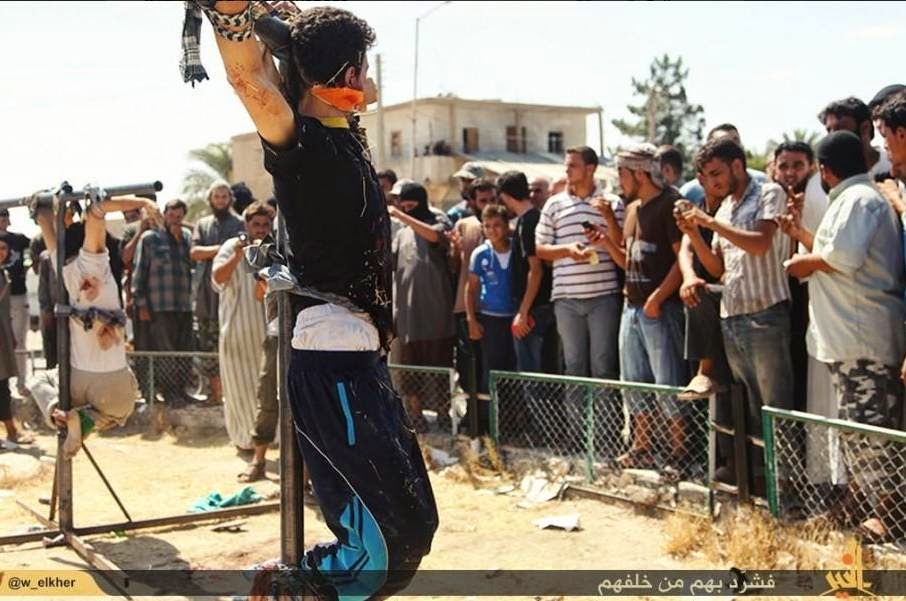 What if the children above were YOURS? What IF it were your church that had been bombed? What IF your home had been seized by Islamic militants and you were forced to flee...with nowhere to go to and nothing but the clothes on your back??? 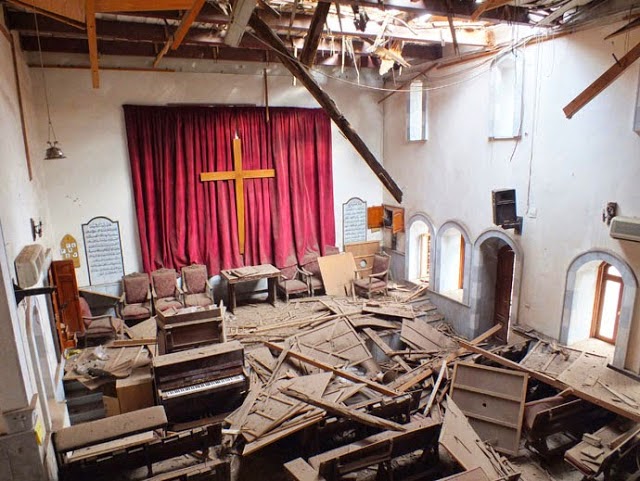 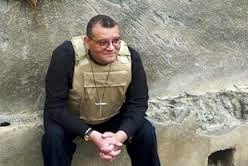 Reverend Canon Andrew on the front lines for Christ

Friends and readers, it is time for the Christians worldwide to re-discover the meaning of being "members of one another." It is time to put into practice the commandment of Jesus to His disciples that applies to all of us: "Love one another as I have loved YOU."

Can we therefore love these precious Iraqi Christian refugees who are suffering even as you read this? Can we PRAY for them? And then can we go BEYOND prayer alone, to the act of showing that we care by GIVING to them as well?

We must always remember that "FAITH WITHOUT WORKS IS DEAD"....and so are endangered refugees such as these, if the Body of Christ fails to fulfill the Biblical mandate to love one another as Christ has loved us. 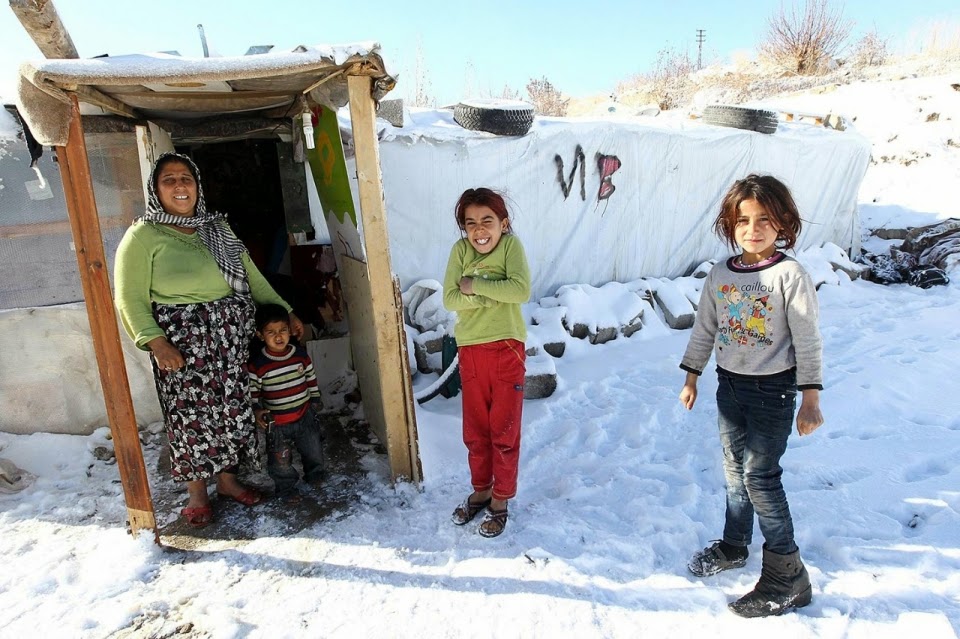 You can help feed, clothe and house these Iraqi refugees by going to the following link called CANON ANDREW'S BLOG. His blog will explain how you can become involved in helping "even the least of these, Christ's brethren" through THE FOUNDATION FOR RELIEF AND RECONCILIATION. 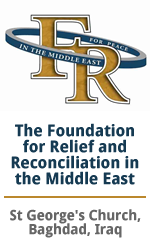 I want to inspire all my readers to give at this time, as difficult as it may be after celebrating the Christmas season of giving. Like many of you, I too am struggling financially, just to make it on a daily basis.

When my indigent brother recently died on December 18th, 2014, I could not even afford to have a funeral conducted for him nor a burial plot and headstone for his final resting place. He died several thousand miles away.The hospital informed me that in this case he would simply be cremated and his ashes interred in a cemetery especially for the indigent.

I felt so deeply saddened, but there was nothing I could do due to financial struggles. It is all I can do presently to take care of a homeless late stage cancer patient in my home, free of charge. 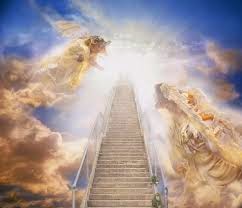 Home at last!
I have this one consolation regarding my beloved brother John, however. His eternal spirit is in Heaven, safe with Jesus at last, to suffer no more. My brother John died in faith, redeemed by the blood of the Lamb, and his name was written in the Book of Life. Halleluia!

But while I did not have the funds of over a thousand dollars to provide cremation and a final resting place for his earthly body, I later prayed for God to  bless me with at least enough funds  to be able to invest into this life-saving Christian outreach to the Iraqi refugees, after reading of their saddening plight.

And he answered my prayers abundantly. I have been enabled by His grace to give to the work of helping our fellow Christians in life-threatening crisis. 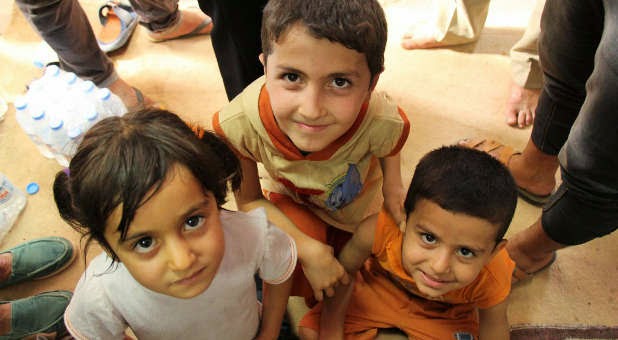 I have shared the above account simply to inspire you. No amount of money could have ever brought my beloved brother's body back to life. His redeemed spirit is safely in Heaven at last, awaiting a new and divine resurrection body. The old has passed away forever.

I realized as I prayed for these Iraqi Christians' plight, that my limited finances must be invested to help THE LIVING instead.

Besides, we can never outgive God! He knows your needs. And as we follow the example set before us by Jesus Christ and sacrificially minister to others, He then reaches down to minister to US. As the Bible teaches us, whatsoever we sow, we shall also reap in abundance.

In closing, may our heavenly Father bless the precious Christian refugees from the Middle East who have fled persecution from ISIS. They are suffering now from the snow and the cold in their flimsy tents, many with no heat and inadequate food and clothing. 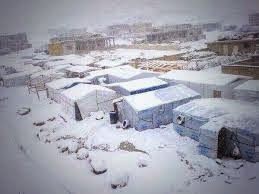 May God bless and encourage Reverend Canon Andrew White in his love and dedication to God and His people, as he seeks to raise awareness and support for God's endangered children there.

And may God move on our hearts to make a difference in today's world so filled with heartache and tragedy. 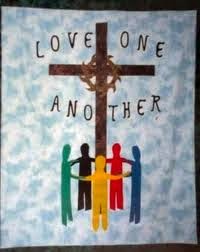 Remember, we are all in this together. And TOGETHER, WE CAN MAKE THE DIFFERENCE!

"If ONE member suffers, all the other members suffer with that member." I Corinthians 12:26 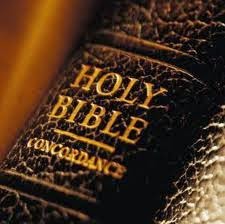 If God has touched your heart for His people in crisis, you can click on the link BELOW to give to this valuable refugee disaster work: 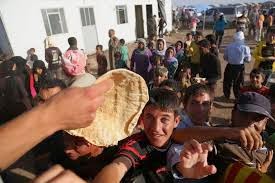