The Endangered Christians of the Middle East

Why are we abandoning the

If the Christians of Iraq and Syria are to survive, they may have to do it in Acton.
194 Comments13 December 2014Douglas Murray

Why are we abandoning the Middle East's Christians to Isis?

If the Christians of Iraq and Syria are to survive, they may have to do it in Acton

She took the call herself the night the Islamic State came into Mosul. ‘Convert or leave or you’ll be killed,’ she was told. The callers, identifying themselves as Isis members, knew the household was Christian because her husband worked as a priest in the city. They fled that night.

Like many of their Christian neighbours they sought refuge in the monastery of St Matthew. But ISIS took that over, tore down the Cross, smashed all Cross-decorated windows, used it for their own prayers and flew their black flag on top of the church. 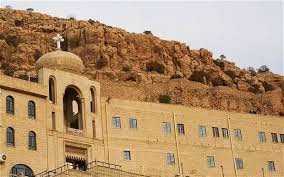 Across what was Nineveh, Iraq’s Christians spent this year fleeing from village to village, hoping to find safety somewhere.

This woman’s husband and son continued their ministry among the scattered congregations of Iraq. But the wife, who took the call, is now in west London. We spoke there one Sunday morning earlier this year. 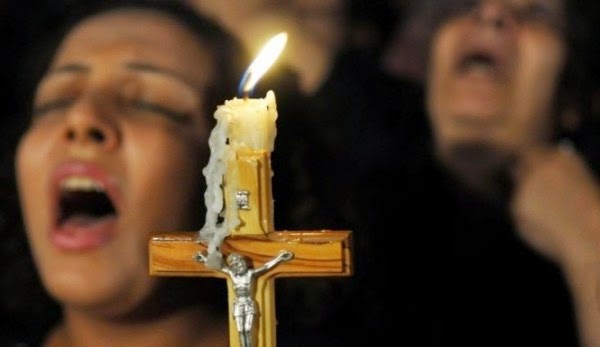 To attend the morning service in a Syriac church and hear the Lord’s Prayer uttered in the original Aramaic in which Jesus taught it is profoundly moving at any time. But this year the prayers of this beleaguered congregation of Iraqi Christians in Acton have taken on a terrible, plaintive urgency.

The Syriac church in London has swelled tragically in recent years. Perhaps 70 per cent of the present congregation have come to the UK since 2003. Mainly Iraqi, there are also a couple of Syrian families and some Lebanese.

Several years ago they raised the money to build what is now called a cathedral in an unassuming street in this London suburb. 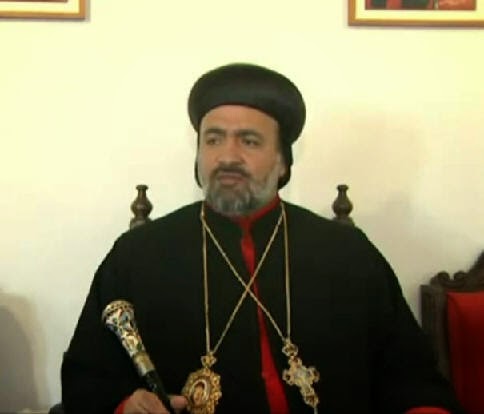 The hymns are in Syriac, the sermon in Arabic. The prayer for the dead is, like the Lord’s Prayer, in the language of Christ. Towards the end of the service the Archbishop mentions to his congregation that a visitor is sitting at the back who would like to speak to recent arrivals. They need little encouragement. We gather in the church and afterwards in the hall for tea and biscuits.

Everybody in this London congregation has a story. They tell of homes taken, of Muslim neighbours using Islamic State’s advance to steal their houses. ‘You are Christian. Get out,’ one was told. Another found that Isis had written the letter ‘N’ outside his house, meaning it was a Christian house. It now belongs to Isis.

Everyone has family last heard of sleeping rough, trying to find sanctuary. Many support dozens of relatives who are without homes or jobs. There are tales of the elderly and disabled who could not leave the city because they could not be carried.

Martyred for her faith in Jesus Christ

Some of their relatives have been taken to the mosques and forcibly converted to Islam. Others have been martyred.

All the congregation I spoke to agreed on several things. One is that although the situation has been bad for years and has peaked before, there has never been a year as bad as this. A year, as the Archbishop tells me, that Iraq’s Christian’s faced a genocide.

They do not understand why the world is ignoring them, nor why a historically Christian country like Britain has been so unmoved by the near-complete eradication of Christianity in the continent that gave it birth. 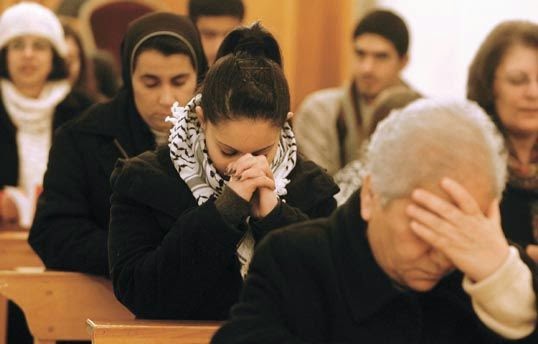 Their families cannot go to Syria and they are not allowed into Turkey. The lucky ones are living in tents in the Kurdish areas. The luckiest — like the lady who took the call from Isis — had a family member in the UK and a visa which was still valid. 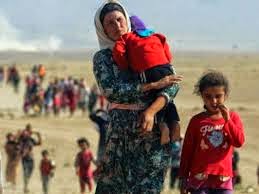 All of which naturally brings up the issue of asylum. Alongside the amazement at the world’s indifference comes a question: why can’t Iraq’s Christians all get sanctuary in the West? If most EU countries took in 10,000 Iraqi Christians, they could all live in safety.

Is this not self-defeating, I ask them? Would this not simply speed up the end of this ancient church and ancient community? A woman looks at me straight and says simply, ‘It is the end anyway.’

This article first appeared in the print edition of The Spectator magazine, dated 13 December 2014