"Pamela, You've Been to Prison? Explain!"

I was recently interviewed (7/14/2012) in a large online chatroom on my research regarding the coming events in America. (www.Paltalk.com)People really enjoyed it, as they stated on the mic and text in that chatroom. However, due to the volatile and controversial nature of this subject, I have gained several agitators and disruptors everytime I speak on this anti-NWO subject matter in PALTALK.

One disgruntled old man enjoys heckling me frequently. He is an admitted Nazi, with family background in Bavaria, Germany, as he openly admitted in that chatroom. This man couldn't wait to speak on the microphone in the chatroom, following my lecture. He then told the listening audience that he had "googled my name" and discovered the following link below, indicating I had been sentenced to prison 18 months in NC in 1991.

Sounding jubilant and snickering, he then asked me to explain this to my audience. His obvious intent was to humiliate me before everyone. He was not prepared for my answer. I told him the listeners that I was very proud of that prison sentence and considered it a badge of honor! Why? Read an excerpt from the article below taken from the NEW YORK TIMES:
********************************************
http://www.nytimes.com/1991/08/12/us/face-of-protests-in-wichita-is-religious-and-undoubting.html?pagewanted=all&src=pm
"...Many of the abortion opponents who have flocked here since the middle of July, like Pam Schuffert, 39, of Asheville, N.C., or Joe Stauder, 52, of Ann Arbor, Mich., travel from city to city, state to state, to block the gates of abortion clinics with their bodies."
"I've been arrested in Atlanta, Dobbs Ferry, Washington, Charlotte, Greensboro, Asheville and a couple of other places," Miss Schuffert said. "I still have 10 days to serve in Greensboro and 36 hours in Charlotte."
Before coming to Wichita, Miss Schuffert said, she had just been in jail [prison] in Raleigh, N.C., after a protest there.
"I'm weary," she said the other day as she prepared to rush the gate of a clinic here. The campaign in Wichita, she said, "...is my 16th rescue," using the term that members of the anti-abortion movement favor for their efforts....-END OF EXCERPT
******************************************

To put it simply, from 1988-1992 I was involved in peaceful, non-violent pro-life activities that  helped save the lives of countless unborn children across America. Participating with groups such as OPERATION RESCUE, MISSIONARIES TO THE PRE-BORN, LAMBS OF CHRIST and other pro-life RESCUE organizations, I proudly joined thousands of other Christians in showing the unborn children that WE CARE because GOD CARES! 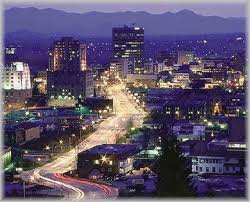 In 1991 I joined 24 other Christians under Father Norm Weslyn's LAMBS OF CHRIST in a non-violent protest at an abortion clinic in Asheville, NC. For this one act of protest, the judge presiding over the trial gave us a year and a half in the state prison in Raleigh, NC. We reported there to serve our sentences.

But we were soon out in a matter of weeks! State Senator Jesse Helms was outraged that we were given such a lengthy sentence for one protest, and arranged our early release. As soon as I was released, I returned to my pro-life activities nationwide, as the above NEW YORK TIMES article dated  08/12/1991 clearly confirms.

Following this explanation for my prison sentence during this chatroom lecture, the heckler was clearly embarrassed and quickly exited the chatroom. And my listeners clearly understood:  Pamela was not some scurrilous lawbreaker!


Rather, here was simply one more conscientious Christian trying to reach out and save America's unborn children. 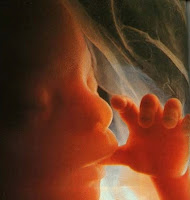 And now you know...the rest of the story.