What Does Janet Napolitano Know About The Modern Military Guillotines? 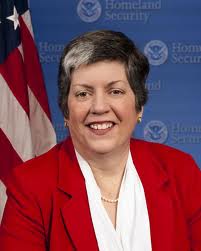 Janet Napolitano is head of
Department of Homeland Security.
Homeland Security works closely with FEMA, especially with the detention camps and prisoner boxcars with shackles to take people to the camps under a future state of martial law.

FEMA BOXCARS WITH SHACKLES to transport future prisoners to FEMA/HOMELAND SECURITY DETENTION CAMPS, are reported by eye-witnesses and  insiders to also contain MODERN MILITARY GUILLOTINES bolted inside many units now prepositioned across America for the hour of martial law.

The highly covert/classified modern military guillotines are to behead offenders of the Noahide Laws legislation in the future. Especially Christians.

What are they doing in FEMA/HOMELAND SECURITY PRISONER TRANSPORT BOXCARS?
EVERY AMERICAN WHOSE LIFE IS ENDANGERED BY THE COVERT MILITARY GUILLOTINES PROGRAM TO ENFORCE NOAHIDE LAWS DESERVES TO KNOW
THE TRUTH!
My rational question is, what does
JANET NAPOLITANO
KNOW about the
modern military guillotines
bolted inside
FEMA/HOMELAND PRISONER BOXCARS
FOR MARTIAL LAW?
DEMAND THE TRUTH!
CONTACT HOMELAND SECURITY DIRECTLY
THROUGH THIS ONLINE FOIA LINK:
https://apps.tsa.dhs.gov/dhscontact/DynaForm.aspx?FormID=foia
-Pamela Rae Schuffert
Posted by Pamela Rae Schuffert at 11:30 PM