"Many of the British North American colonies that eventually formed the United States of America were settled in the seventeenth century by men and women, who, in the face of European persecution, refused to compromise passionately held religious convictions and fled Europe."


"The New England colonies, New Jersey, Pennsylvania, and Maryland were conceived and established "as plantations of religion." Some settlers who arrived in these areas came for secular motives--"to catch fish" as one New Englander put it--but the great majority left Europe to worship God in the way they believed to be correct. They enthusiastically supported the efforts of their leaders to create "a city on a hill" or a "holy experiment," whose success would prove that God's plan for his churches could be successfully realized in the American wilderness."

"Even colonies like Virginia, which were planned as commercial ventures, were led by entrepreneurs who considered themselves "militant Protestants" and who worked diligently to promote the prosperity of the church." 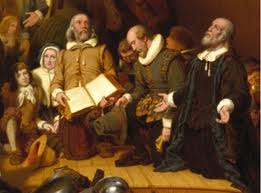 Coming out of the recent Reformation, the Pilgrims believed the Church of England had not come far enough. The Church was under strict rule of the State so their actions were considered treasonous and these Separatists had to flee their homeland.

Determined and very courageous men and women committed themselves (in all aspects of their lives) to life based on the Bible and a relationship with God. They brought their only known culture and spiritual values to the New World and attempted to establish an improved foundation of English society on an unfamiliar new continent.

For a young man hired as a cooper, John Alden soon assumed a place of high responsibility in the Plymouth Colony, serving as an Assistant many times between 1632 and 1640 and 1650 to 1686.  He acted as Deputy Governor on two occasions when the Governor was absent. In March 1664/5 and October 1677; was Treasurer for three terms 1656 to 1658; and served on numerous committees and councils of war. This extensive public service indicates that he must have been well educated. Whether he received that education in England or from his fellow Pilgrims such as Winslow and Bradford is not known (Great Migration Begins, 1:21). 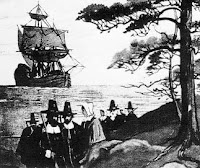 I am proud of the Pilgrims and their courageous stand for Jesus the Messiah, their faithfulness under persecution in Europe, and their inspiring bravery and faith to sail across an uncertain ocean, to help found a nation under GOD and His glorious Son, Jesus Christ. I am proud of MY CHRISTIAN PILGRIM ANCESTORS, John and Priscilla Alden. 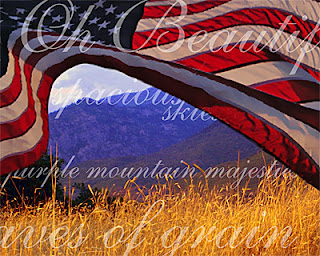 When a nation fears and reveres the Lord God and upholds His commandments as reflected by her governing laws, her leaders and her people, this becomes a nation blessed by God and fruitful.

But when a nation falls from grace, to then be filled with sin of every kind, from the leadership on down, JUDGMENT WILL FOLLOW. 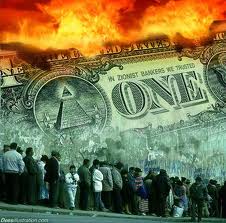 Today, how far America has fallen from her noble ideals which the first Americans held, inspired by the eternal Word of God!

Are YOU prepared to stand in the hour of judgment, WHEN AMERICA FALLS?

Posted by Pamela Rae Schuffert at 3:34 AM