Yes, Communist Chinese troops will be used heavily in America under martial law, as well as Russian troops and UN/NATO troops. I have heard various reports about this for a long time, including reports of secret bases filled with Chinese military in various locations such as Fairview, NC. And reports of Russian T-80 TANKS in various locations such as North Carolina, New Mexico, etc.These Chinese hordes from hell will help operate the very guillotines and prisoner boxcars they have manufactured and exported to the USA previously.Our troops are being sent out to other countries so they will not be here   TO DEFEND AMERICA UNDER MARTIAL LAW.

These are these SAME Chinese Communist military who brutally arrest, imprison, torture, rape, "human body organ harvest," and then murder millions of innocent Christians in China. 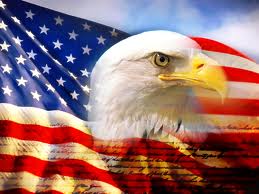 AMERICA, DO NOT SURRENDER TO THESE FOREIGN FORCES FROM HELL COMING TO ENFORCE TYRANNY! 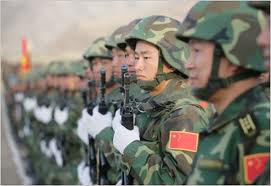 Over a year ago, a trucker delivering fresh perishable foods to Kingsbury, Indiana, stated that he has seen many Chinese  soldiers in the compound there. He also   stated that the new underground facilities are housing over 5,000 troops.
This was an estimate for the amount of food being delivered.
I contacted a person in the know, and without hesitation about asking "why are they there and is this possible," my friend stated that they were there to "pick up all the dead bodies". I stuttered and said, "what?" perfectly hearing what he said. It was as he said, without any second thought the same words. 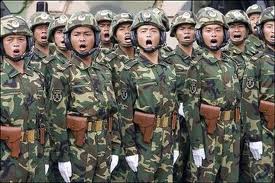 I know this individual to be of the most honest individuals I have ever met and probably would not be typing these words today if I had not known him.
It appears that something indeed is going to happen, and the government has been preparing for some time. This was passed along when information of a possible dirty bomb or another radioactive danger was purported to be in the Indiana/Chicago Midwest area and government agencies were looking for it.
With all this lead time and no movement with such preparation, I again feel that something is going to happen, and like
9/11 it will be of no surprise to our
government.
They are prepared for mass casualties but the cause is still unknown, whatever it is we the public are the only ones who are denied the pleasure of warning of impending danger or grave notice. It has been given.
I have seen too much in the last 15 years, but someone has to. I am overwhelmingly disappointed over what our government has overtly become and even more so over what they have prepared.-
Posted by Pamela Rae Schuffert at 8:41 PM