German Bundeswehr Military Boast:
"We are Here to ARREST YOU , Fire Upon YOU and SEIZE Your Weapons 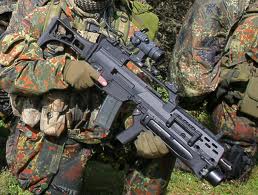 UNDER MARTIAL LAW!"
By Pamela Schuffert presenting investigative journalism from a Biblical Christian perspective-The following important information is what I personally uncovered when interviewing German Bundeswehr soldiers both in America and in Germany.I spent 6 weeks in ALAMOGORDO, NM, home to HOLLOMAN AFB now given to the GERMAN MILITARY. I also spent 6 months investigating in GERMANY in 2001 as well. The following is very important information I uncovered during research. Although it is classified information, I was informed that Alamogordo is secretly UNDER UN JURISDICTION AND INTERNATIONAL LAWS THAT ACCOMPANY IT, as well as local laws. 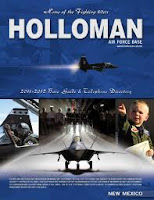 American locals in Alamogordo, NM, admitted to me that the German Bundeswehr Luftwaffe (Air Force) stationed at Holloman AFB were boasting that they were there for martial law, and that they would not have a problem arresting or firing upon the American civilians under martial law.According to one source, meeting in a restaurant after church with their group, a German officer came up to them and made the following statement: 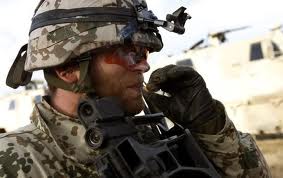 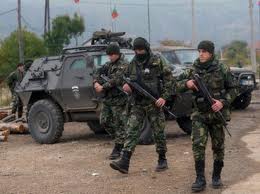 While in a train station in Munich, I encountered three German Bundeswehr MP's, white MP armbands strapped to their arms and high-powered pistols in white leather holsters around their waists. They were still tense from experiencing the military confrontations in Kosovo.The men admitted readily that they knew their German troops were now in America, including at Fort Bliss and Holloman AFB, and that they had been informed that MARTIAL LAW WAS COMING TO AMERICA.These soldiers also admitted, as if all this were commonly known amongst them, that their German troops were in America to help keep control by assisting in arresting, firing upon, and seizing weapons from Americans offering resistance under martial law.And when I finally asked them if they would have any problem arresting or firing upon me or other innocent civilians under martial law in America, their spokesman would not reply directly. In fact, he dare not break military security policies by admitting such information to a reporter. Instead, his face told me all.As he gazed intently at me in response to my question, his cold, professional military look through piercing eyes told me the answer. A mixture of hatred, disdain and professionalism filled his features.At that moment, we understood each other perfectly: no words were necessary.No, the German military would not have a problem firing upon us under martial law. In the back of the minds of many, as some Germans admitted, there is still the mentality of "PAY-BACK TIME" for what Americans inflicted on Germany in WWII.**************************Another retired German soldier, Attila, confirmed this to me on the streets of Munich. 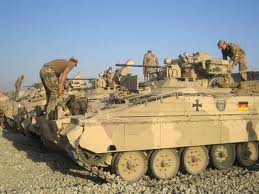 "Look, Pam, a soldier IS A SOLDIER! And sure, though the German military in America enjoy your American booze and your babes and rock music, A SOLDIER IS A SOLDIER, and under martial law they will not hesitate to fire upon you when commanded by their superiors. Otherwise they will risk court martial!"And while I was in Germany, Germany' s leader Schroeder then pledged 4,000 of his crack Bundeswehr, freshly trained in the killing fields of Kosovo (KFOR/SFOR) to assist the US military in the war on "terrorism."

Aren't these the same German Bundeswehr UN/Peacekeepers, training in Kosovo, who made the underground videos simulating rape, torture and execution of civilians under occupation??? Yes.
Aren't these the same German Bundeswehr who have trained to participate in roadblocks, and weapons seizure/destruction, according to UN literature, that I have reported on earlier??? Yes.Aren't these the same German Bundeswehr who have admitted they know all about martial law and won't have a problem firing upon us or arresting us in America??? Yes.Interestingly, the United Nations has already divided the USA into FEMA ten regions, with different foreign troops assigned to patrol and guard each region under coming martial law/NWO conquest. And indeed German soldiers and military are among the foreign troops assigned to various regions.

Well, my fellow endangered Americans and gun owners of America, ARE YOU READY??? No, this is not "URBAN LEGEND" but hard-core coming REALITY coming to YOUR nation.