The tragic reality remains that innocent victims are perishing increasingly across America on Satanic altars or crosses in countless rituals.

According to one noted televangelist, Satanism is AMERICA'S FASTEST GROWING RELIGION!
Yet you average American knows little about it's reality, or how to actually protect their family and children from such attacks.

And many of America's Christians actually believe that BECAUSE they are Christians, they are automatically immune from such attacks. WRONG!


Both Christians and non-believers have died on the Satanist altars of America. Hear the words of a former high level Satanist high priestess over Indiana for 17 years, also former CIA assassin, Elaine Knost:

"I would get so angry when Christians would come up to me after my lectures on Satanism, and say, 'Well, because I am a Christian, I cannot be touched by Satanists!' Wrong. SATAN HAD GIVEN US A MANDATE TO SACRIFICE CHRISTIANS, and we obliged him. We targeted them, stalked them, abducted them, AND THEY WERE ABDUCTED AND SACRIFICED LIKE ALL THE REST."

"Except that...in many cases, just as we were bringing forth some of them to be tortured and sacrificed, A BRIGHT LIGHT WOULD APPEAR OVER THEM and they would start to shout, 'Jesus, you've COME for me!' And just like that...their souls would be gone...and we were left with dead smiling corpses. Our night of fun would be ruined! And I would go home cursing and saying,'what IS this with so many of these Christians...before we can kill them, THEY ARE GONE, and WITH A SMILE!' I tell you, nothing convinced me that Jesus was greater than Satan than when these things would happen during our rituals..."

Elaine admitted that this was not always the case, however, and some died in great agony. I want to point out that Christians die in car accidents. They die of cancer. They die of gunshot wounds. Being a Christian does not make anyone immune automatically to such attacks! Nor does it make them immune to persecution or martyrdom.

Therefore, precautions SHOULD BE TAKEN to help prevent Satanist attack and abduction of family members and loved ones.

I am sharing the following accounts to wake up my fellow Americans to the reality of attacks of this nature, and will follow it with special precautions to be taken to avoid becoming JUST ONE MORE VICTIM on American soil. Satan is the author of death. Jesus Christ declared, "I AM come that they might have LIFE and have it more abundantly!" 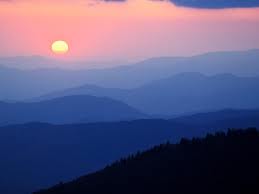 The following accounts come out from the mountains of North Carolina as they stretch into Tennessee. They come from a now Christian source, undergoing professional counseling after coming out of years of Satanism, having been born into a Satanist family and dedicated to Satan from her mother's womb. I have spent hours personally interviewing Paula, working with her professional counselor for many years in exposing Satanism in this region. Many of her accounts have been further confirmed through other former Satanists in that region.


"I would often travel with my father when he was sent out to abduct people for sacrifice. I was placed in the front passenger seat of the satanist van to make my father appear innocent: he was carrying a child. But it was just a deceptive front. And behind us, concealed inside the back of our van, were two men with knock-out drugs and duct tape. The windows were blacked out and a blanket put behind the driver and passenger seats up front so no one could see them."


(This is typical for satanist abduction vans and teams. Beware when you see such suspicious vans prowling dark streets, blackened  windows, especially out late at night.)


"There was this one woman these satanists especially hated and were stalking. She was in her early twenties, pretty, and known as a strong Christian. We knew she was joining in prayer meetings praying against the Satanists here. So we were stalking her for sacrifice.

One evening, just as it was getting dark, we spotted her walking home along a deserted country road. Our van pulled up, and our men jumped out. They grabbed her, duct taped her hands and feet together and her mouth shut, and injected her with a knock-out drug. She lay silent as we drove her to the caves where our rituals took place." (This location is beyond Murphy, NC, as you drive into Tennessee.)


"When she came out from the influence of the drugs, she was naked and chained to our altar. The Satanists then told her that they wanted her to be recruited into Satanism and to work undercover for them, to infiltrate churches and spy on the Christians for them and to help recruit others. But if she would not recruit into Satanism, she would be sacrificed. All she would say is, 'I am a Christian, I cannot deny Jesus Christ...'"


"And when they saw she would not cooperate, they began to torture and sacrifice her. I watched as they did various things to torment her, finally driving a spike through her head from ear to ear. And when she continued to groan, they took a high caliber handgun, inserted it into her vagina, and pulled the trigger. The bullet exited through her head, and by then she was gone. But never once did she deny Jesus Christ..."


I am sparing the American people no details, however graphic. Why? Because of the intense apathy and ignorance that America's Satanism thrives and operates under!


Your ignorance is their cloak of darkness under which they must operate! With such atrocities multiplying throughout this nation, it is time the veil be lifted. It is my intent to use these true accounts to melt indifferent hearts in this nation and to wake up America...especially Christians.


Paula also admitted, "At one time, our satanist coven kidnapped a pastor. He was brought to our cave and stripped and nailed to a cross. He kept pleading with us to repent and accept Jesus Christ as Lord and Savior. And when they got tired of hearing that, they slashed his throat and finished sacrificing him..."


Even little children are not spared.

"Our coven often sacrificed children. Satanists believe that the smaller, more innocent and perfect the victim is, the more power Satan will give them through the sacrifice. Some of our members were doctors, and we had shock treatment equipment in our cave. Children were chained to altars, electrodes placed on their bodies, and they were shocked into spasms and seizures. Their private body organs were often ripped off and thrown to our dogs in the caves. They were raped, tortured and killed," admitted Paula through tears.


"They even abducted pregnant women. I would watch as these women would plead for the lives on their unborn children. The unborn would be cut out of the mother's body and then sacrificed...then they would sacrifice the mother. Or often, we would throw babies alive into vats of battery acid. Yes, I have watched many victims as they took their final breath..."


One friend of mine, Cathy Cary, now a Christian undergoing extensive counselling, was sold into Satanism and the coven in her area at the age of two (her parents needed the money.) I spent much time with her, interviewing her in the Cleveland, OH, area and also at a Christian retreat. She was personally being trained under the infamous Norma Fitzwater, brutal high priestess of Cleveland and the entire Ohio Satanist region for over 25 years.


(Fitzwater's name and rank were personally confirmed to me by numerous fromer Satanists, including my CIA source. I have personally gone on the radio broadcast of Pastor Ernie Sanders of Cleveland,OH, to expose this vicious Satanist for an entire week.)


She shared the following:


"I only had a week to enjoy my newborn, Baby Becky, before she was brutally sacrificed. During the ritual, I was forced to the front of the altar. My clothes were torn off. Screaming, I was fastened to the altar as my baby was seized. They laid my baby on my naked stomach and began to sacrifice her. A knife was inserted into her vagina to enlarge it and they then began to sexually assault her...to the extent that her internal organs spilled out. She was cannibalized. When the ritual was finished, I was released and the remains of Baby Becky were handed to me in a bloody blanket."


She led me over to a window in her home.

"See those wild daisies in the corner of the yard? That is where the remains of Baby Becky are buried under..."


My fellow Americans, multiply this wicked assault on the little children of America by the Satanists many times over, and you will begin to have some idea of the extent to which our nation is stained with the blood of the innocents. Does ANYONE care???

Our prayers can make the difference.

Posted by Pamela Rae Schuffert at 12:47 AM