What Does Carl Levin Know About MODERN MILITARY GUILLOTINES? 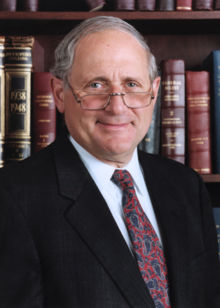 Carl Levin is Chairman of the Senate Committee on Armed Services.

The Noahide Laws demand execution by decapitation for all offenders, primarily Christians.  Noahide Laws declare ALL CHRISTIANS to be IDOLATERS and BLASPHEMERS OF GOD because of their reverence and faith in Jesus Christ. This makes them guily under the Noahide Laws.

Over one half of the US population is Christian. This means over 175 MILLION AMERICANS are subject to death by beheading when the Noahide Laws are activated under martial law. 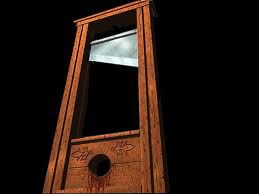 See all my previous articles warning Americans about the deadly dangers of  the NOAHIDE LAWS LEGISLATION in this blog and in fact all over the Internet. I have become the foremost investigative journalist in America to expose the guillotines in America, to tie them in with military training programs, and to conclusively link them to the Noahide Laws legislation. See APRIL 2012 ARTICLES ON THIS BLOG.
Executing over 175 million Christians who will say NO to denying Jesus Christ in order to fulfill Noahide Laws demands, requires millions of modern guillotines to fulfill Noahide Laws requirements.
The US has been importing millions of modern guillotines into America. The US military has been training US military in many bases in how to operate these guillotines in covert programs nationwide, as Pentagon and military sources have personally admitted to me.

Carl Levin is Chairman of the Senate Committee on Armed Services.

It is his business to know about what is going on, even covertly, in the US MILITARY.

Carl Levin knows all about the Noahide Laws and their demands for decapitation of offenders. He therefore must also know that Christians are the main targets of the Noahide Laws.

HOW can Carl Levin NOT KNOW
about the covert, widespread
MILITARY GUILLOTINE AGENDA
TO FULFILL THE DEMANDS
OF
THE NOAHIDE LAWS ?
And HOW can he NOT KNOW what it means for over one hundred seventy five million American Christians when Noahide Laws are acted upon finally under MARTIAL LAW??

CONTACT CARL LEVIN TODAY...
ASK HIM ALL ABOUT
THE MILITARY GUILLOTINES AGENDA.

DEMAND TO KNOW THE TRUTH!!!