Greetings to all my wonderful friends and readers across the globe and throughout North America! 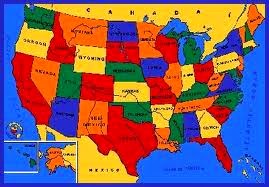 Finally, I am on the road with my exciting PRAYER JOURNEY ACROSS AMERICA. This trip will cover numerous states, and has already covered parts of the Southeast. I am now traveling across the western states of America, praying with every mile.

I apologize to all my readers for the lapse of time from the last article to today. However, during the Fourth of July weekend, God sent me out on another mission of mercy on behalf of a Christian in crisis several states away.

The person I ministered to considered it ultimately to be a life-saving rescue at that time, due to suffering much oppression and opposition in this person's circumstances. Following the plea to come and rescue, I left North Carolina and traveled several states away to provide help.

I used this rescue mission to cover five states with prayer: North Carolina, Georgia, Tennessee, Florida and Alabama. The ultimate thing to pray for across this nation is for Americans to be touched by the convicting power of God's Holy Spirit and to repent of their sins and receive true salvation throughout Jesus Christ. 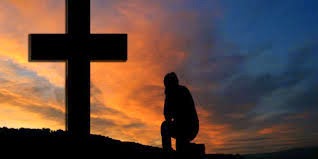 A nation primarily consists of her people. It is impossible to save America from destruction, without the people of this nation FIRST BEING SAVED from sin's deadly consequences and destruction. America must return to God if America is to be spared.

Prayer subjects throughout this region also included praying about deadly MONSANTO crops of death while traveling through FLORIDA (where MONSANTO has one base in Pensacola.) I prayed about the recent sightings of UN vehicles appearing in this region. 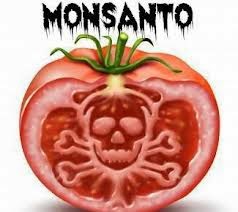 The GEORGIA GUIDESTONES outlining the NWO agenda for America and the world confirm that this state is fully on board the NWO agenda, and so I prayed about this. One Georgia congressman had even proposed a bill permitting EXECUTION BY GUILLOTINES in this state. Masonry is also very entrenched in Georgia. 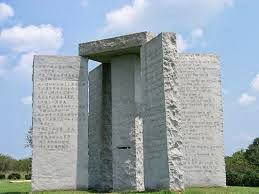 FLORIDA is a stronghold of satanism and witchcraft heavily entrenched throughout this sunshine state. I spent much time praying against this spiritual darkness, and praying for the salvation of all those tragically deceived by Satan into this soul-damning darkness. One former high level satanist, now Christian, that I interviewed in Florida fully admitted this to be true as I questioned her. 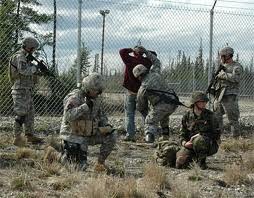 Florida is fully prepared for the declaration of martial law. Many military practice sessions have been held throughout Florida as local residents were used by the military for practice scenarios of military takeover.

In fact, FEMA officials bragged to one pastor several years ago in Pensacola, Florida that "...under martial law, we have decided to seize YOUR church and use it as our power base of FEMA operations." Presidential executive orders will fully allow FEMA to seize any house, vehicle, building or people under martial law, legally.

Eerily, there is now a church in Pensacola with a huge sign accompanying it stating "FEMA."

ALABAMA is one state in which FEMA held a full fledged MARTIAL LAW SHUTDOWN in the past. The entire scenario of a martial law NWO takeover was enacted in Anniston, using the local residents as the players in this exercise.

NORTH CAROLINA is fully on board the NWO agenda for martial law. As I was researching there, word emerged from local readers of Russian troops in black uniforms training in Waynesville, NC. I have previously reported on the confirmed presence of prisoner boxcars with shackles and the modern military guillotines. Fort Bragg holds many dark secrets, including another military guillotine training program for select troops. Satanism is very strong in NC, tragically, as well as masonry.

TENNESSEE holds many dark NWO secrets as well. Many researchers suspect that foreign troops have a deep underground military base facility there, with many sightings of Russian troops there previously as well. Photographs have been published of large transports of DHS armored vehicles being transported through there.

With all of this and much more in mind, I spent much time in prayer as I traveled through these states on my rescue mission. So much to pray about in today's world! 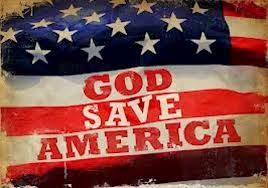 However, I am also thankful that Almighty God has HIS beloved people in these states, who are working hard to counter the darkness and to declare "Jesus Christ remains Lord" over our nation today, in spite of the forces of darkness battling for dominion. There are wonderful Christian ministries and churches throughout America, and God has a people who will make the difference in the outcome of this battle for our nation.

Thank GOD for the faithful and steadfast Christians of North America! This nation would have been judged and destroyed long ago, had it not been for God hearing the prayers of His elect, and their faithful efforts to reach America for Jesus.

"For the sake of the elect,"  judgment has been withheld this long from a sinful nation and ungodly leadership. But we all know it is coming someday. But in times of trouble, His hands of mercy, grace and protection will be upon those who walk with Him daily in the love and fear of the Lord, abiding in Christ and remaining under His precious blood.

I have left the eastern states, to now travel throughout the Western United States for further prayer and Christian outreach to people in need that I inevitably encounter on the way. In fact, I always pray to encounter people in crisis that God wants me to witness and minister to. And it always happens, praise God.

I am also distributing Bibles freely, and practical assistance including food and clothing wherever needed.


You can now sign up for
FREE POSTCARDS from across the nation! 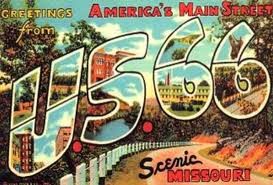 I always do this as I travel, to enlist other prayer warriors from across our endangered nation. Simply send me your mailing address by email and I will send you some lovely postcards from all across the USA as I travel. Send your name and address to:

I will faithfully report back to my readers everything of interest that I may encounter on this journey of faith and prayer.

Please pray for my safety at this time, and for God's gracious provisions to enable this to take place. 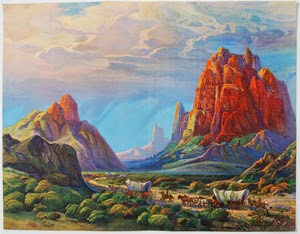 Posted by Pamela Rae Schuffert at 11:44 AM 2 comments: