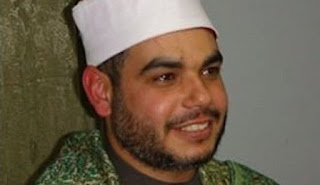 This is terrifying! All across America, various Imams, or Islamic religious leaders, are calling for the death of Jews in this nation. How outrageous is THIS? 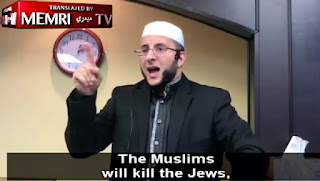 Do we, as Christians in this nation, simply sit back and breathe a sigh of relief that we are NOT Jews being targeted for attack? Or do we recognize that this kind of  threat is a deadly danger FOR US ALL, Christian and Jew ALIKE???

For these same radical Muslims are also threatening to destroy CHRISTIANS around the world...and in many countries, have already done so with impunity.

LOOK at these precious, innocent Jewish children from a community in New York. Could YOU ever sit back and watch as brutal Islamic terrorists tried to harm such as these??? 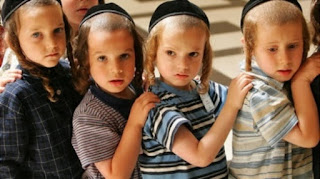 AMERICA has offered safe asylum to oppressed and persecuted peoples from around the world for centuries. Because of this, the Jewish communities across this nation have flourished in safety and security, with no possibility of another “Krystallnacht” or Holocaust such as happened in Hitler’s Germany.

NO OTHER NATION in the world has provided such protection and safety for the Jewish community, as North America has. There can be NO place for the persecution and even calls for deadly attack upon ANY religious group, including against the Jews.

Therefore, the deadly threat of  such cult leaders calling for “the death of Jews” MUST be taken seriously by ALL Americans.

Christians must remember that the Islamic extremists have also been calling for the eradication of CHRISTIANS  worldwide as well!

Christian prayer warriors across North America, please keep this increasing danger to us ALL in your prayers daily. PRAY for God to hold back the violence and the hate. PRAY that these dangerous people will be silenced and stopped.

And take the time to PRAY and ask God what YOU CAN DO to help protect Jews in America, should they find themselves endangered or targeted for deadly attack.

I can never forget the day, so many years ago, when I was in the 5th grade, and students started throwing rocks at a Jewish boy on the playground during recess. I was outraged! I ran up to them and said, as I stood in front of my friend Philip Rothschild, “You leave him alone! He is one of God’s chosen people!” They threw down their stones and quietly walked away.My mother came to school and complained the next day.

Most Christians in America all know about heroic Christians who laid down their lives to rescue Jews endangered by the Nazis in Hitler’s Germany. They simply did it out of love, asking themselves,  “What  would Jesus do?” He Who laid down His life for US, also asks us to lay down our lives for others.

It does not MATTER if Jews do NOT believe as we Christians  believe! What matters is that they are fellow human beings, with families, with children, and with feelings, whose lives may be endangered by dark forces calling for their destruction.  For love  of God and our fellow man, we MUST care!

Always remembering the wisdom  of our Savior, Jesus Christ: “Whatever you would have OTHERS do for you, also do for THEM.” Remember that we TOO have been targeted by radical Islamic terrorists. Do you want others to come to YOUR rescue? Let us therefore also come to the rescue of OTHER innocent victims of the killing cult of hatred, ISLAM. 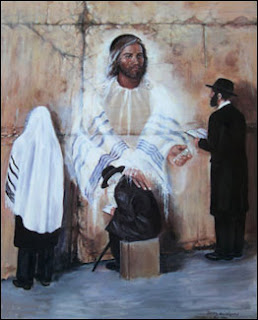 Jesus, Who  we believe to be the ONE TRUE MESSIAH, has never stopped loving THE JEWS. From His throne of Heavenly glory, seated at the right hand of God, He ever intercedes for the Jewish people, generation after generation, to DISCOVER THEIR MESSIAH at last, and to receive all the glorious promises God had given the Jews when their MESSIAH CAME FOR THEM.

Regardless of whether we as Christians may agree with Jews on various issues, we are nevertheless called by God to pray for the Jews, and to show them the love of God and Jesus the Messiah as well. 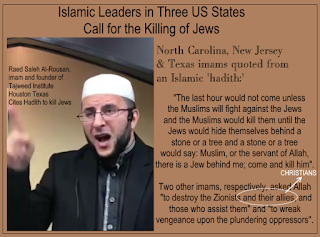 Posted by Pamela Rae Schuffert at 12:03 PM No comments: Links to this post 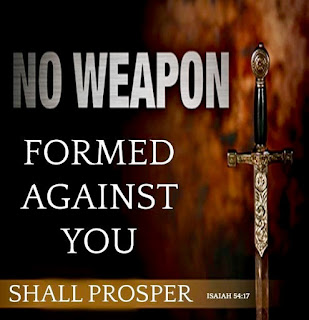 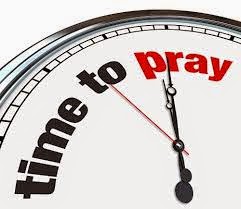 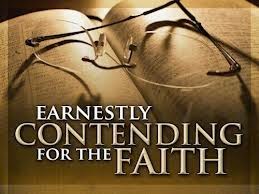 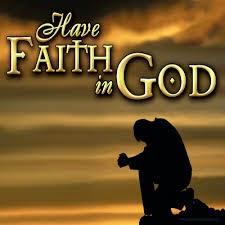 I have to spend TIME IN PRAYER and spiritual warfare every single day, because my reporting has understandably made me a target for attack from the enemy.
And never forget: if Christians allow SIN in their lives, this opens the door for the enemy to attack! It is useless to pray for protection from the enemy, when you become YOUR OWN WORST ENEMY by allowing SIN and satan to influence your life!
Repent and get rid of the sin that may be lurking in your life by confessing your sins to Jesus and asking for His precious BLOOD to wash them away. THEN you are fully ready to enter into successful SPIRITUAL WARFARE.
During this Halloween season, PRAY CONSTANTLY for the protection of you and your loved ones.Pray for God to EXPOSE and STOP the satanists of America and worldwide. Cover yourself with the power of the PRECIOUS BLOOD OF JESUS.
And be sure to NEVER place yourself in poitions of DANGER.
AVOID hiking or jogging alone inisolated areas, especially without cell phone coverage. ALWAYS take a weapon of self-defense, whether pepper spray or a legal weapon even, such as a handgun. Hiking in groups is always preferable when in wilderness regions.
Realize that National or State parks/forests are NOT automatically “safe.” Many innocent victims have been abducted by cult abduction teams, hidden along isolated hiking trails, especially where there is no cell phone coverage.
Do not put your life at risk. PRAY daily for protection, ask God to show you who you can or cannot trust that you may encounter, LISTEN to the voice of the Holy Spirit as you pray for protection and guidance.
This has saved my life more than once, and it can also save YOURS.
Finally, pray for the hands of God’s MERCY to be upon every victim already abducted by these murderers, and being held for sacrifice over Halloween/Samhain. The Bible says, with GOD, ALL things are possible! Christians united in prayer across our nation CAN stop the enemy!
PRAY FOR SATANISM TO BE EXPOSED AND STOPPED, worldwide and throughout America/Canada as well.
May YOU be protected by God’s grace and mercies upon your life also, in Jesus’ mighty Name.
“In all these things, we are MRE THAN CONQUERORS through Him ho loved us.”
-Pamela Rae Schuffert
Posted by Pamela Rae Schuffert at 8:16 AM No comments: Links to this post