The Stage Is Now Being Set For United-Nations
Gun Confiscations Via An Invasion Into The USA!
Posted on May 7, 2012 by Henry Shivley

Railroads have always been a key factor in deciding the outcome of wars as they are the means through which the implements of war can be moved from one location to another in mass quantities using the smallest amount of energy.
Foreign corporations now own and have control over much of the US railway system. 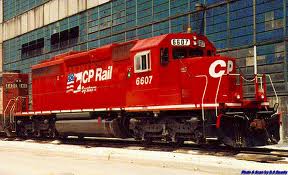 The Canadian National Railway is owned by the Canadian government and Canadian Pacific Railway is privately owned by Canadian international elitist investors. These two lines alone represent a system that cuts through the heartland of the United States.

The Burlington Northern Santa Fe Railway is a wholly owned subsidiary of Berkshire Hathaway, which is owned by Warren Buffet. In 1999, Burlington Northern Santa Fe and the Canadian National Railway announced their intention to merge and form a new corporation entitled North American Railways to be headquartered in Montreal, Canada. The United States’ Surface Transportation Board placed a 15-month moratorium on all rail mergers, which ended this merger.
However, The BNSF Railway directly owns and operates track in 27 U.S. states. The railway also operates a small amount of track in Canada, including an approximate 30-mile section that runs from the U.S.-Canada border to Vancouver, a yard in Winnipeg, and approximately 70 miles of joint track with the Canadian National Railway, which runs south to the U.S. border.
A special dispensation through the state governments has been given to the Canadian government to come in through the rail service and secure the railroad properties for themselves.

The Canadian government railroad police now occupy and control militarily strategic railroad bridges and lines that run straight through the heartland of the United States from Minnesota and Michigan south to the Gulf of Mexico.
(CLICK ON  PURPLE UNDERLINED LINKS BELOW FOR MORE INFORMATION.)
Back in March of this year, US Defense Secretary Leon Panetta stated at a Senate Armed Services Meeting that he will carry out UN military directives without the consent of our Congress.

On May 15th through May 22nd the NATO Summit will be held in Chicago where preparations are being made to evacuate the entire city. Simultaneously on May 18th and May 19th, we have the G-8 Summit wherein the leaders of the United States, Britain, France, Germany, Italy, Japan, Canada, and Russia will be at Camp David under heavy security. 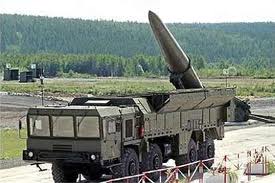 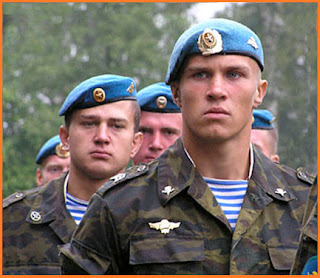 One hundred thousand trained Mexican troops are presently down on our southern border and are being identified as Mexican Drug Cartel Members.
Since the beginning of 2012 the NWO insurgents within our government have put in place the NDAA with Sections 1021 and 1022, HR 347 Trespass Law, Executive Order National Defense Resources Preparedness Act, and Executive Order Promoting International Regulatory Cooperation. 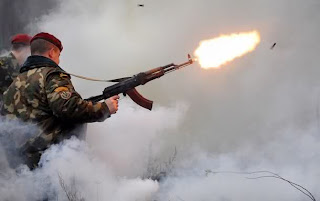 All of the elements to bring the United States under the control of an international dictatorship implemented through the United Nations are in place. Now all Obama needs to do is enact the United Nations Small Arms Treaty through his executive order – Promoting International Regulatory Cooperation, for international security of course, and follow up with a full scale international invasion of the United States, using the foreign troops in NORTHCOM and the Russian Troops in Colorado, which will be the spear head for further Russian and Canadian troops to be brought in through the transnational, Canadian government owned, rail network to work in conjunction with the hundred thousand Mexican national troops in the south. 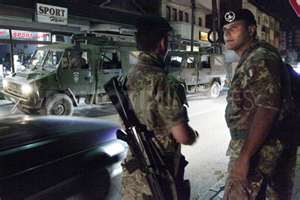 UN/NATO TROOPS PATROLLING STREETS, KOSOVO
In a blitzkrieg, and if the invasion is successful, it will cut the United States in half. This will all be done in the name of gun confiscations to achieve international security, followed by the activation of the US totalitarian soviet socialist dictatorship that has been plugged in and needs only to be turned on.
Everyone had better wake up and be ready! The aforementioned scenario
cannot be considered an impossibility, as a lot of money has been spent to schedule so many high profile events to occur in such a short time frame. I hope they are not this diabolical, but then again, I know they are.
God bless the Republic, death to the international corporate mafia! We shall prevail.