Thank You Ron Garon of Oklahoma! 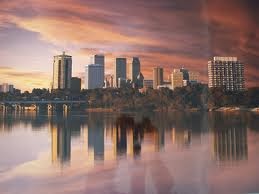 This brief article is the one that just had to be written at last. People throughout the years have expressed appreciation for my website that really got launched in 2001.

But my first website never would have been, had it not been for brother in Christ RON, who offered to set it up for me and to be the webmaster, totally free of charge.

Brother Ron was there to rescue me back in 2001, as I returned from research in Germany to discover to my horror that both my home and transportation were gone!

My mother suffered a terrible fall from the top stair of our RV while visiting contacts in Tulsa, OK. She had to have major surgery and was hospitalized.

Immediately, everything was put up for sale, both our truck and 35 foot RV, without my even being consulted. It was home and transportation for both of us at that time.

This was done by the people she was visiting, claiming that the funds were needed for her medical expenses. They were not: her insurance covered her medical bills. Not only that, but this family even helped themselves to all my personal possessions including tools for my ministry (copy machine, computer, etc.) and stored them in their home.

They took everything I owned out of that RV, and never returned it.

What really hurt me so deeply was, I had given many things to this family in the past, including $1,000.00 to help them.  How deeply betrayed I felt by this.

Following this terrible tragedy and deep personal loss, Ron Garon and his family took me into their home in Tulsa. I was instantly homeless and without transportation, with no where to go.

Ron even went to this unscrupulous family's home in an attempt to retrieve my personal possessions, but was met with a vicious dog and threats to call the police on him. The husband even said, "It's none of your business where Pam's things are!"

Thank God for Ron and his wife Diane...they literally saved my life at that time. And God used Ron to launch my journalism career through the Internet at that time in 2001.

Many years later, God used Ron to minister to my brother when he was hospitalized with life-threatening pneumonia in Tulsa, OK, 4 years ago. Poor John spent 5 months in the intensive care unit of a major hospital in Tulsa. It cost that hospital over ONE MILLION DOLLARS to save John's life at that time.

Ron spent much time ministering to John while he was hospitalized, and also graciously provided the traveling funds I needed to come and pick up John and transport him to a friend's cabin where I was temporarily staying at that time.

More recently, Ron has offered to pay for the wheelchair transportation service called ROUND-ABOUT so that John can actually get out of the confines of an institution and do some special things in his limited life.

Ron is a very special person, with many talents. He ministers extensively in MUSIC with his amazing guitar skills, which his church welcomes every Sunday.

Ron is even developing his own survival AQUAPONICS system in his home.

Ron was also the webmaster for Dr. Alberto Rivera, the former Jesuit priest who came out of the Vatican darkness to expose the truth before he died.

I want to publicly express my appreciation for Ron Garon and his kindness he has shown to both me and my brother John. Ron was instrumental in helping to launch my Internet websites in the early beginning, and millions of readers enjoyed my articles online throughout the years, thanks to the help of Ron Garon.

God bless you and keep you and your family, Brother Ron! Both Brother John and I appreciate you immensely. Thank you again for all you have done. 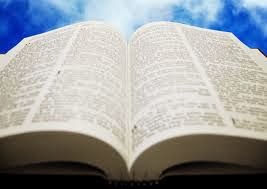