EMERGENCY-Brother John Back in ICU on Life Support Now

YOUR PRAYERS ARE DESPERATELY NEEDED
FOR MY BROTHER, JOHN J. SCHUFFERT 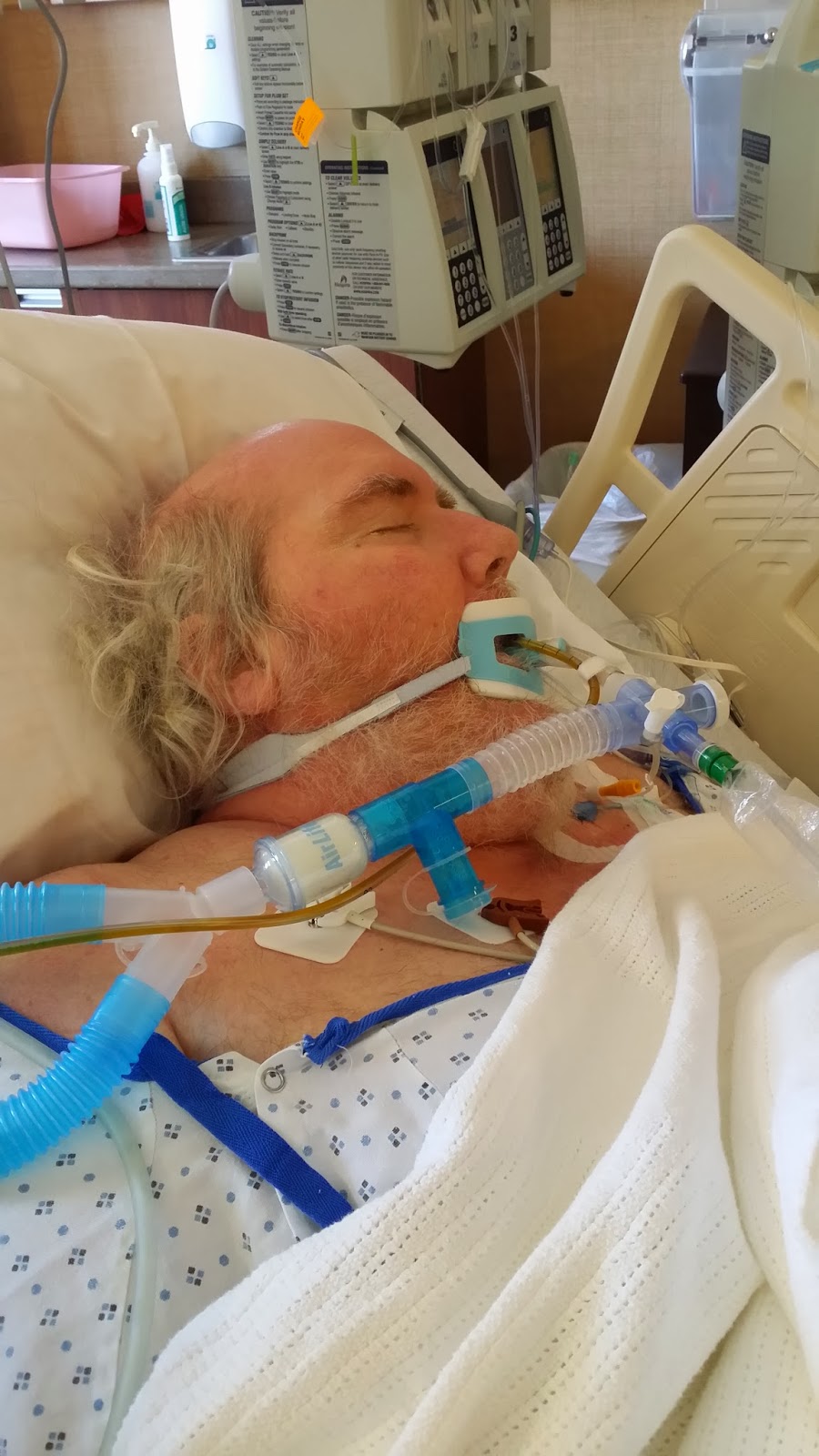 Now John is back in intensive care with
a breathing tube inserted
and under sedation.
He cannot communicate.

Only today, Saturday, February 15, 2014, was I finally informed of my brother being rushed back to the hospital for life saving procedures after a respiratory emergency occurred on  Thursday February 11.

He is now on life-sustaining equipment and in a state of sedation and has a breathing tube inserted into him.

I am now getting ready to go to the hospital to be near him. The ICU nurse said it may go either way with John at this time. He may either recover, or die. 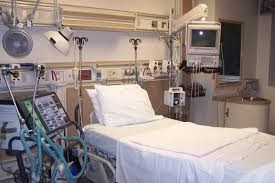 But due to what appears to be incompetency at this facility, they never entered my new phone number in John's records as I had personally requested, well over one week ago while John was still stable.

I am at a loss for words at this time. You can read below the FACEBOOK message I just sent to a worker at John's nursing home just minutes ago.

PLEASE pray for Brother John and for me at this time. John has other complications besides respiratory, including blood clots and urinary tract infection, and his  foot, the one previously operated  upon, deteriorating once again. They want to perform more surgery on John again. 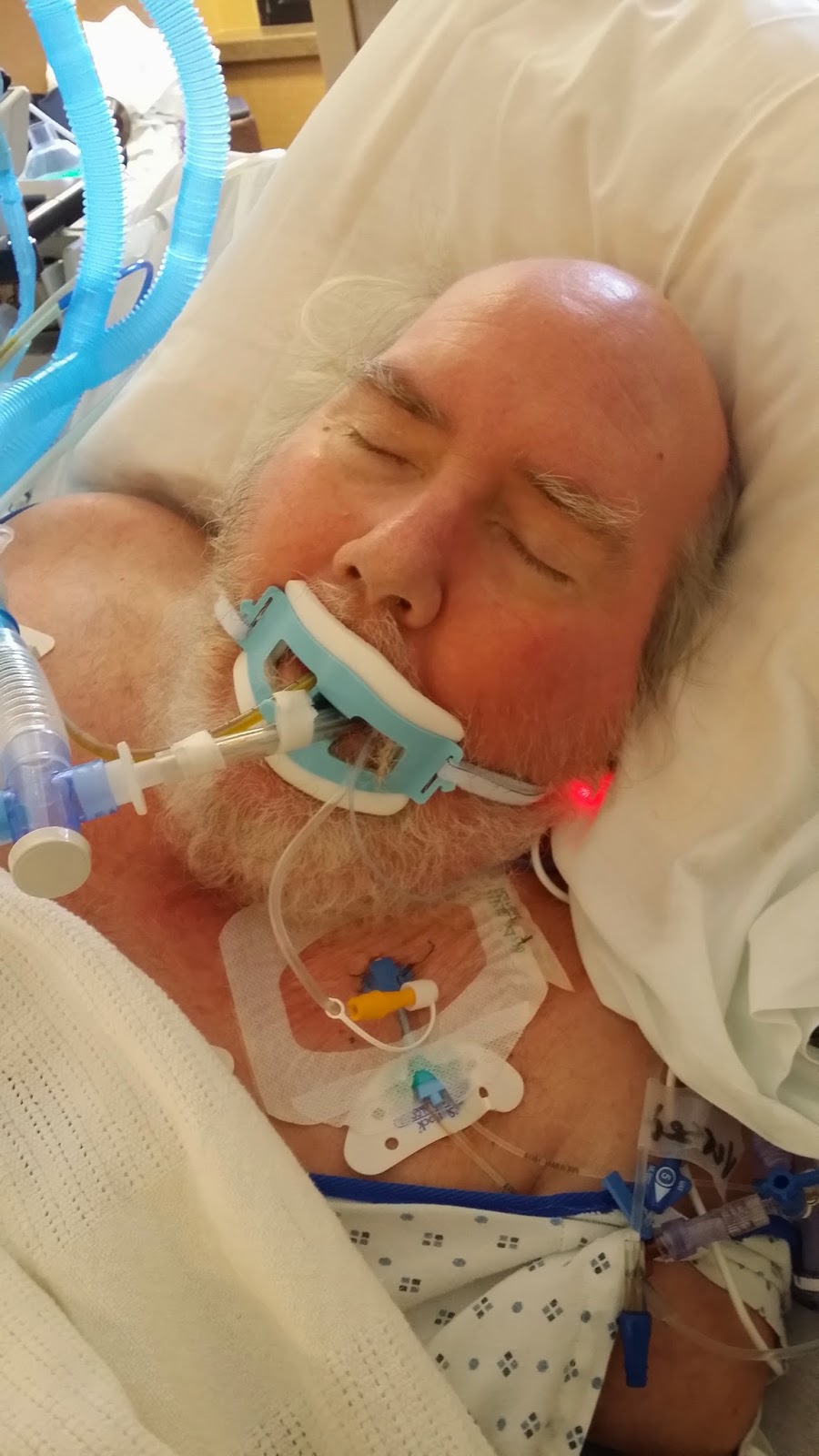 Thank you, beloved readers, so much. If John were not under sedation, he would thank you all too. In fact, we took hands and prayed together every time I came to visit him, and we prayed for God to bless my website readers and those who had contributed financially so I could be here with John this past six months.

May God's will be done in all of this. Whether John recovers and lives, or whether God in His mercy decides to take John home from a body of suffering and pain,  the will of God shall be done and John shall be well either way. 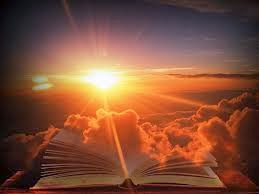 "...To be absent from the body and to
be present with the Lord..."
declares God's holy and eternal word.
From 2 Corinthians 5:8

All praise and glory to God through
Jesus Christ His wonderful Son.

"In everything give thanks, for THIS IS the will of God concerning you."
From I Thessalonians 5:8 Lord Jesus, have mercy on John.

Thank you for your love and
your sustaining prayers
for both Brother John, and I.

For the past week I have been on a much needed sabbatical rest after being there with John every day for 6 months, sleeping in my car in the parking lot all this time in order to be close to John.

I am deeply disappointed in the nursing home's lack of professionalism.

I stood at the desk over a week ago, and gave them my NEW PHONE NUMBER to enter into the records for John Schuffert. I told them I got rid of my OLD phone, and that they needed to enter my NEW one.

This was BEFORE John had to be sent to Park Ridge Hospital on Thursday .I told them that if John is in crisis, to call me immediately so I could be with him.

The person writing this down reassured me that this change would be made and noted in John's records. Obviously, this never happened. I am outraged that I only found out about this today after checking my FACEBOOK messages.

I have been on a much needed break, staying at a friend's house for a week to get away from everything. I trusted this nursing home to contact me the moment any crisis arose with John, especially after giving them my NEW phone number.

Today is Saturday, February 15. Tomorrow is my birthday. And only today I find out about this terrible situation?

And now the ICU in Park Ridge tells me that John has been there since Thursday, and that he is on life support equipment and sedated, and that he could go either way (live or die.) He cannot communicate with anyone now. And that includes me, his sister.

How do you think I feel? I trusted this nursing home, I gave them my new phone number so I could be advised immediately of John's condition and any changes.

And not hearing anything from them, I was not worried about John during my week sabbatical at a friend's house.

And now this? And realizing that my brother may NEVER come out of this condition, and die? And I was not able to be with him all during this time from his admission, wherein I COULD have communicated with him initially until put on life support and sedated?

I don't have words to describe how I feel.

And as a professional journalist who has been posting articles regularly regarding John's condition and treatment for my thousands of readers nationwide, who have been praying for John's health and sending me financial support so I could be with him for these past six months (even though it meant sleeping in my car these past 6 months in the nursing home parking lot, since I have no home here and nowhere else to stay, in order to be close to John who needed me so badly)...what do I tell them now?

I had spoken highly previously about this nursing home and their care of John on my website. I told readers they could safely entrust their loved ones to their professional care.

And now THIS kind of incompetence??? Because they failed to properly enter my new phone number into John's records,  so I could be contacted in case of an emergency, I may never get to communicate with my brother  again.

I am writing an emergency article on my website to get prayer nationwide for my brother today before I go to visit him at Park Ridge Hospital( Saturday). And unfortunately I have to explain to them why this happened, and how I only found out NOW...when I should have been informed IMMEDIATELY.

And apparently the worker that I carefully gave MY NEW NUMBER to at the nursing home over a week ago, while John was still coherent and in his room, NEVER PROPERLY RECORDED THIS VITALLY IMPORTANT INFORMATION in their records for John.

I am very sad today and deeply disappointed. This never should have happened. I should have been informed immediately so I could have rushed to the hospital when John was admitted on Thursday.

I am at a loss for words at this time.

Thank you for contacting me at least through FACEBOOK. I am filing a formal complaint with the nursing home management, and may contact the ombudsman for the state as well.

This has left me devastated, and it never should have happened had proper protocol occurred in entering MY NEW PHONE NUMBER when I requested it clearly in person at the front desk.

God alone knows how He is going to act in response
to our prayers for this situation.

I praise Him for His wisdom and mercy and whatever
He chooses to do at this time in John's life. 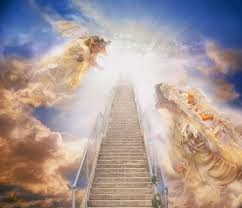 Either way, John is in His loving hands.
His sins are forgiven, and his name is written
in the Lamb's Book of life.

What more could I ask for Brother John at this time?

Thank you, Lord Jesus Christ.
PRS
Posted by Pamela Rae Schuffert at 8:01 AM