Polar Bears and Seals Dying in Alaska From Fukushima Radiation 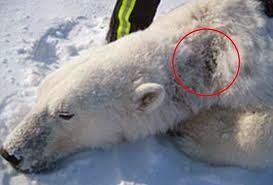 Click here:Polar Bears and Seal dying from FUKUSHIMA RADIATION-VIDEO.
Feb. 3, 2014: ‘Fukushima Radiation Killed Polar Bears’ Says Mayoral Candidate — Tokyo Metropolitan Governor election candidate Hosokawa Morihiro has gained publicity from claiming to have access to a Russian top secret document. He claims that this has revealed evidence of radiation from Fukushima killing polar bears and other animals in the Arctic Ocean. 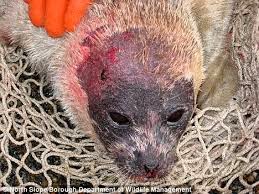 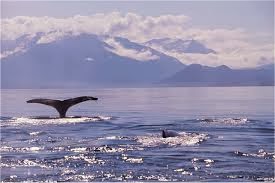 Coast of Alaska
When I first moved to the west coast of Alaska in the Arctic Circle in 2011, I was not prepared for what I would encounter there. The disaster in Japan had happened earlier that year, and millions of tons of radioactive water had already been pouring into the Pacific Ocean non-stop.
With no scientific background in nuclear energy or the dangers, even I understood what dangers this deadly radioactive water pouring into the Pacific Ocean could present to ocean dwellers,  wildlife and humans as well. 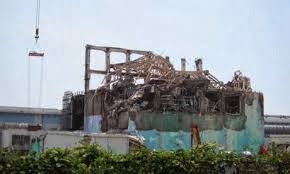 Damaged Fukushima nuclear power plant
I would talk about this frequently with Lisa, the woman whose children I was watching as she flew out to the Eskimo villages every other week to help at their clinics. When articles came out in local publications about the discovery of sick seals, and how government scientists were "unable to find the cause of their illness," we both raised our eyebrows. 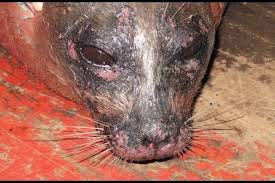 Common sense told us that the sick polar bears and seals were all related to nuclear radiation from Fukushima. The same ocean currents that had been bringing toxins to the Arctic Circle from industrialized nations dumping their waste into the oceans, were also bringing deadly radiation to their region as well. 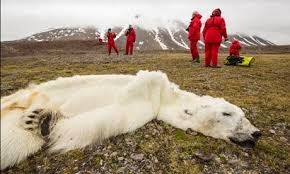 When I read the words "government scientists," I immediately realized that this had to be government cover-up of the hazards of Fukushima radiation. Undoubtedly, heavy pressure was coming from major industries such as seafood and agricultural plus the nuclear power industry, to maintain silence about the truth regarding Fukushima radiation and it's impact on seafood and agriculture food safety.
I read one article recently in which scientists and marine biologists investigating this subject ADMITTED they were warned not to go public with their findings, or risk losing their jobs.
Uh-huh. What does this tell us? More government lies and cover-up, endangering the lives and health of millions of innocent Americans who deserve to KNOW THE TRUTH in this critical hour. Can we call those who deliberately withhold the truth that needs to  be told in this hour, accessories to murder??? Yes.
When vital truth involving the lives and health of millions of people is withheld, and people become sick or die as a result, those withholding the truth then become ACCESSORIES TO MURDER.
The health of every American is at stake now due to the deadly dangers of FUKUSHIMA RADIATION as it continually sweeps over our nation through wind patterns bringing contaminated rain and snow from west to east across America. 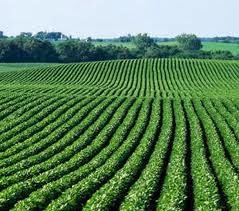 The contaminated rain and snow fall upon the farmers' fields that provide crops and feed for beef and dairy products. The food crops, and hay or grass to feed cattle, absorb the radiation that falls from the sky with the rain and the snow. That radiation is then concentrated in dairy products and beef products, as well as food crops. 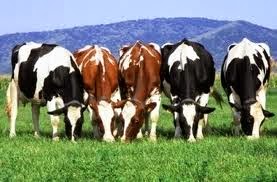 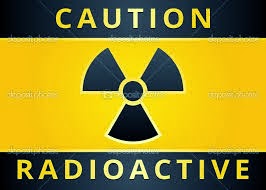 But what if that seafood is being contaminated with deadly radionuclides from Fukushima??? What if the crops grown in America are now being contaminated with Fukushima radiation???
All of the above is true and can now be scientifically proven. Ongoing testing confirms that wildlife and domestically raised farm animals are also being adversely affected by nuclear fallout from Fukushima as it impacts North America.
If this is the case, don't the people of North America deserve to know the full truth??? 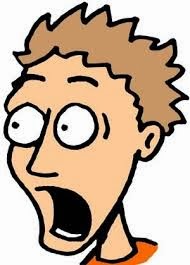 Of course they do!
BEWARE OF WEBSITES STATING THAT "SEAFOOD FROM THE PACIFIC OCEAN IS PERFECTLY SAFE TO EAT."
Millions of Americans doing their research now know THIS IS A BLATANT LIE. Many will no longer consume seafood products from the Pacific ocean due to valid health concerns.
BEWARE OF ARTICLES THAT MINIMIZE THE DEADLY DANGERS OF FUKUSHIMA RADIATION AND THE THREAT IT POSES TO THE AMERICAN PEOPLE, AND THE WORLD.
The powerful nuclear energy companies do NOT want people to realize the dangers of nuclear power in today's world.
Heavy pressuring of the government and the media from major food industries (and other companies negatively impacted by Fukushima radiation) is behind much of the cover-up attempts my the media today. The nuclear power industry is also behind much of this cover-up as well.
And of course, some naive person would say, "Oh, they wouldn't deliberately LIE to the American people, would they...???" Whenever MONEY is involved, YOU BET THEY WOULD...and they HAVE already! 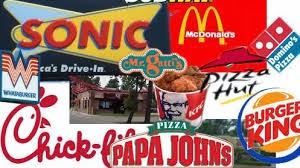 For example, just look at the food manufacturing industry and the fast foods industry. They will never admit to the public the dangers to health that their THOUSANDS of food additives, artificial colorings and flavorings and conditioning agents, and GMO ingredients can pose.
Harmful and unhealthy ingredients are all concealed by nice and glossy advertising, coupled with irresistible smells, flavors and artificial colors designed to hide from the consumer what is REALLY in their "delicious" products. 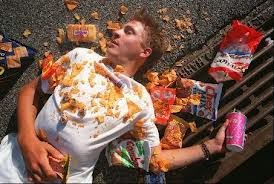 Americans eating their way into the grave...
LOVE OF MONEY coupled with corporate greed has replaced virtue, honesty and integrity in the marketplace  of today's world.
And now to add insult to injury, deadly Fukushima impact on the food industry in being covered up in America. Scientists are being threatened with losing their jobs (and maybe even their lives...) if they dare tell the American public the truth. 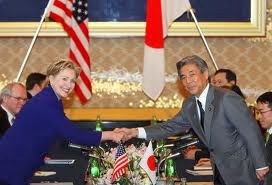 Hillary's secret seafood agreement in Japan
And to make matters worse, Hitlery Hillary Clinton went to Japan and made a secret pact with their government, declaring that America would still import Japan's radioactive fish and sell it to naive American consumers, all to "help the Japanese economy recover." Oh, how angry this makes me. But WHY would Hillary willingly endanger the lives and health of millions of Americans???
You must understand: Hillary Clinton fully embraces the NWO agenda that includes WORLD POPULATION REDUCTION by 9/10ths. She also fully supports ABORTION, telling one pro-life woman that "...it IS God's will for babies to be aborted!" 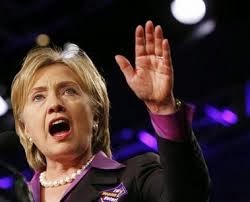 "Murder those unborn babies! Poison those American people!"
Heil, Hitlery Hillary!
Hey! What better way to help reduce the world's population, than to let uninformed Americans eat themselves into oblivion, only to then die from Fukushima radiated seafood??? 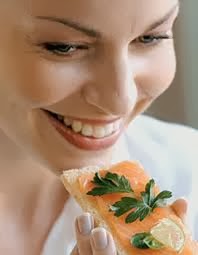 Ahhh...yummy Fukushima radiation adds
such a unique flavor to seafood! (Gag!)
America WAKE UP!
The seafood companies can continue to make a nice profit, and so can the seafood processors of America. Americans can blissfully continue to enjoy that nice taste of seafood (that is silently masking the deadly dangers of Fukushima radiation lurking within that tasty bite of salmon or tuna,) right to the very day they are finally diagnosed with terminal cancer from build up of radionuclides in their bodies.
Whoops! And there goes the world's surplus population problem! Voila! 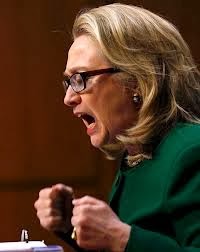 "I demand that every American EAT Japanese seafood NOW
and reduce the surplus population!"
Thank you, Hitlery Hillary...this shows us how much you really love the American people! What other wonderful agendas do you have for this nation? Especially if you unfortunately get elected President someday...??? Can't wait to find out (ouch!)
Christian readers, please pray with me in earnest about this terrible crisis that is only growing day by day, even as you read this. Pray about the impact of Fukushima radiation upon North America, and the rest of the world. Pray for the entire population of Japan, now endangered by this radiation problem. 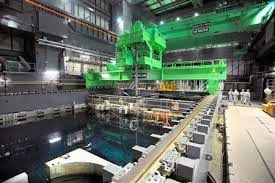 Building Number Four
Scientists say that if building number four collapses, up to TWO BILLION PEOPLE could perish worldwide from the radiation that would subsequently be released.
If this information does not wake you up, what will???
-Pamela Rae Schuffert-
....because I care about the American people

Posted by Pamela Rae Schuffert at 8:36 AM