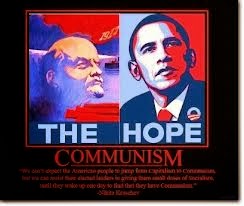 In response to my article discussing Obama, the evident servant of satan to bring oppression, suffering and death to many in North America, I have received many positive responses agreeing with my Scriptural views. As I has stated before, God is not schizophrenic. He is of one heart and mind, and one with the revelation of Himself through His Son Jesus Christ.

There are some Christians today declaring that Obama is God's servant in America to bring sifting and purging. However, this theory is fatally flawed. Communist dictatorships do NOT go after the sinful and the compromised and the lukewarm in churches of whatever nation they seek to take over. They LOVE this kind of fallen pseudo-Christian! They are happy to let them live and become a part of their apostate church system under communism. 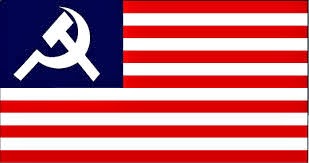 And yet, the Bible reveals that this is the very kind of false Christian that God WANTS to purge and rebuke and discipline.

Communist/globalists instead attack the genuine Christians, knowing that they will never compromise their faith and the word of God to go along with their NWO agenda. And former insiders have told me so to my face.

What these murderous Communists are planning to do to the REAL Christians in America is inspired by the devil himself, who is using them directly to come and steal, kill and destroy in the name of Lucifer's NEW WORLD ORDER.

And none of it is of a holy God and His Son  Jesus Christ. God is not schizophrenic. His word is clear about His holy judgment against those who reject Jesus Christ His Son, and who worship the devil in God's place. And that is exactly what NWO supporters do. Lucifer is the spiritual leader of the NWO, and his followers are the backbone, the movers and the shakers. And such people have admitted this to my face.

What satanists/Illuminati do to abducted Christians by NIGHT in secret on their satanic altars (brutal rape torture and murder), they will be fully released to do by day under martial law in America to America's Christian "resisters of the NWO."

As satanist and NWO supporter Barbara MARX Hubbard revealed in her book THE REVELATION, "...god [Lucifer] selects, WE DESTROY...we come TO BRING DEATH."

My friend Elaine, who was formerly working for the CIA when Bush Sr.  was director of it, discussed with me how the satanists hired by the CIA used to sit around discussing their NWO takeover of America.

"We satanists in the CIA hated the CHRISTIANS IN AMERICA more than any other group, because we knew above all that they would never accept our NWO agenda." 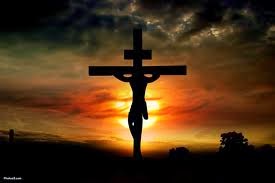 And the coming persecutions under martial law are not directed against the very ones in the churches of America today that are the sinful, the compromised, the fallen and the fake. The communists and the satanists love this kind! For they know that such "pseudo-Christians" will gladly sell out their brethren for "30 pieces of silver."

Communists  know that such pseudo-pastors will gladly cooperate with FEMA coaching designed to lead the sheeple up the ramps to prisoner boxcars with shackles and to their certain torture and beheading and death, all in the name of preaching ROMANS 13 and "submission to the higher PTB."

I marvel at the lack of discernment in some Christians in America today. "Obama is God's servant" heresy is very misleading,deadly and dangerous.

And for those who continued to be deceived, this very heresy will come back to haunt them, as it rises up to fatally bite them someday.

If Obama is "God's servant," then you better not complain when he sends his goons to close down your church...to seize your food supplies you have carefully stored to feed your children and family...when they break down your door and arrest you and your family members to be hauled off to FEMA camps to be tortured and killed as NWo resisters.

You better meekly SUBMIT to all these crimes against humanity and sins against God if all that the NWO satanists are planning is somehow "of God" and if somehow "Obama is God's servant."

And please... when this all begins to unfold in America, I really don't want such people to come running and whining to people like me, who have patiently spelled out for Americans year after year what the devil has planned for our nation and against God's people.

If "Obama is God's servant" and all that is coming to America through the plans of wicked people under satan's leadership, is somehow "of God," then shut up and comply!

Meekly hand over your emergency food supplies to Freddy Fema and his black ops boys when they come banging on your doors...and then watch your family members slowly die of starvation. Hey! This somehow must be "the will of God," according to your "Obama is God's servant" theory!

(Oh, how satan revels in doctrines of demons that promote his evil will as somehow being "the will of God"! And how he laughs at Christians who fall for his tactics!)

Quit your complaining when NWO goons come to torture and murder you! Don't you dare complain when men in black sweep you off your feet and ship you off to a black hole prison under NDAA, to be tortured and killed just because you are a Christian and against the NWO.

Alternative journalists like myself have warned the American people and her Christian population repeatedly what is planned for this nation. And foolish are the Americans who refuse to heed the warnings and prepare realistically for the coming AMERICAN HOLOCAUST.

Mark these words carefully: those of you who insist that Obama is somehow "God's servant" will someday be bitten fatally by this viper and his NWO communist/satanist brood. And you will rue the very day you embraced this fatal heresy, sat back and meekly complied, and failed to prepare to stand against satan's tsunami of the coming horrors of martial law.

But again, don't come running and whining to journalists and analysts like me, who have laid down our lives year after year to warn the American people and her Christian population. What you do with the truth you are presented, or FAIL to do, is not up to me. IT'S ALL UP TO YOU. And you WIN or LOSE by the way you choose. It's as simple as that.

And one more practical insight. What will Jesus say to those who have murdered, oppressed and imprisoned His elect? What is their eternal fate at the hands of a just and holy God? Jesus will command them to depart from Him, into the very place prepared for the devil and his angels. They will be cast into a fiery furnace of everlasting torment and eternal destructions.

This is the future fate of every earthly leader and those people who support satan's NEW WORLD ORDER AGENDA and oppress God's Christian children. And that includes every president of the USA that has ever worked for and supported satan's agenda for our nation.

And, by the way, let's not forget to ask other Christians' opinions on this subject. Let's ask the Christians in Syria who are being murdered by Obama's Islamic militants he is arming with our US taxpayer dollars.

Let's ask those Christians who have been forced from their homes, even as their churches are being bombed and their fellow Christians beheaded, raped and murdered with the assistance of Obama's foreign aid and arms to these Islamic militants. I wonder how many of them will tell you, "Oh, yes, I believe Obama is God's servant..."

Let's even ask those who are not Christians (we don't want to discriminate, do we?) Let's journey to Waziristan and ask  grieving families who have been burying their dead infants and children and loved ones for a long time now, alongside grieving Pakistanis and Afghanis, how they feel about Obama being "the servant of God" with his murderous drones program and their high civilian death rates.

Muslims don't count, you say, because they are not Christians, and so it's okay to do this to them? Funny, but I don't read anywhere in the  Bible where Jesus told us to hate and terrorize our enemies. As Christians we are called to forgive and pray for them, not drone them out of existence.

Sorry, but those who insist that somehow "Obama is the servant of God" are rapidly becoming a shrinking minority as more and more people are being tragically hurt or killed, directly or indirectly by this man and his shadow government and useful idiots.

I read recently about the harm coming to innocent victims of OBAMACARE already. One family with severe genetic-related illnesses have discovered they can't get the coverage they need under OBAMACARE. Some will die without it.

Thank God for those people, Christians and otherwise, who finally get it, and are realistically preparing according for the hell and the horror and the heartache to come to our nation someday. And a holy God is in none of it. He grieves over the sheer wickedness of depraved sinners who have planned such crimes against humanity, and brutal martyrdom for His precious children.

Did I say He could not work through this, or in this, for His glory and purposes? No. I am not that foolish. God cannot be shut out of the affairs of mankind in this world.

But He is not the author of their satanic madness. Nor is He on the side of the wicked who are dedicated to eradicating His people from the world today.

And if this NEW WORLD ORDER agenda be of satan, then every Christian of this generation has a holy and divine obligation to stand against the works of the devil, and to stand up for the Kingdom of God and His will to be done in the world today.

Today it may be Christians in Syria or Egypt that are going through great pain and suffering and loss...but tomorrow it MAY BE YOU.

Always remember: the mercies you sow TODAY is what you will then reap TOMORROW. "Blessed are the merciful, for they shall obtain mercy, " declared Jesus Christ. Are you praying for the persecuted Christians worldwide, and doing what you can to help?

May God open the eyes of His people, that they may understand the truth in this hour, and act accordingly.

-PRS
Posted by Pamela Rae Schuffert at 6:46 AM