By Pamela Rae Schuffert presenting investigative journalism from a Biblical Christian perspective...and on behalf of the endangered American people-

-FOREIGN TROOPS ARRIVING ACROSS AMERICA-
I am now receiving reports of foreign troops coming in,arriving in large numbers, from various sources across the nation. There are reports of large numbers of military transport planes arriving frequently at various locations nationwide. These are reportedly C-130's and C-17's, many of them with no tail markings, according to one source. 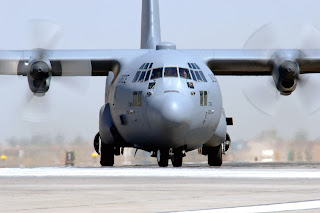 As my reports throughout the years can attest to, I have repeatedly warned my fellow Americans that FOREIGN TROOPS WILL BE HEAVILY USED UNDER MARTIAL LAW IN AMERICA. The reason is, that under MARTIAL LAW, the foreign troops will perform the "dirty work" that US troops don't really want to do against their fellow Americans. 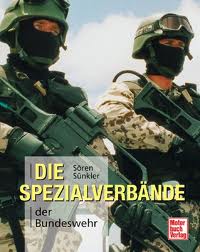 "Don't you Americans know WHY
we German troops are HERE?"

"Your President knows that under martial law, your American troops don't REALLY want to ARREST you, FIRE upon you, or SEIZE YOUR WEAPONS...but he knows that WE GERMAN TROOPS WON'T HAVE A PROBLEM!"

-Admission of German military in Alamogordo, NM, home to Holloman AFB turned over to the German Bundeswehr Luftwaffe.


The reports continue to come in repeatedly of heavily armored vehicles also appearing across the country as well. The following pictures came from NASHUA, NH. 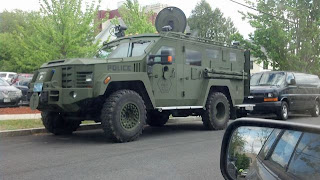 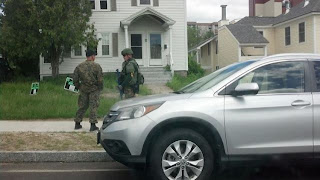 Troops that accompanied the armored vehicle in Nashua, NH

Since WHEN do NORMAL police vehicles under NORMAL times in America, appear as ARMORED MILITARY VEHICLES??? 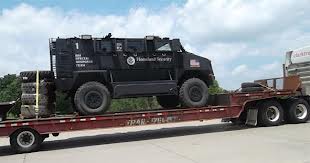 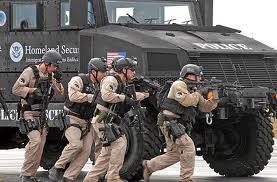 (Hello, foolish Americans in DENIAL over all this. It is far past time to WAKE UP!)

Jesus once addressed His opponents, using harsh terms while being challenged by the religious authorities of His day. He referred to them at one point as "fools and blind." And if Jesus could do this, then so can I.

I would like to state that Americans who continue to live in their "safety-comfort-denial" zones and refuse to see where America is going, are truly "FOOLS AND BLIND," with all the clear evidence emerging of THE COMING POLICE STATE UNDER MARTIAL LAW.

People in denial therefore never prepare, for what they deny is coming. How very sad...

America, don't say you were never warned. Both I and many others reporting on this subject matter, have laid down our lives to tell America the truth. Don't be caught unprepared!

And I must also say without apology, regardless of "how many nails this may add to my coffin:"


NEVER SURRENDER YOUR FAITH AND FREEDOMS TO THE NWO FORCES FROM HELL, and NEVER BE TAKEN ALIVE TO THE PRISONER BOXCARS OR THE CAMPS.

I CAN'T EMPHASIZE THIS ENOUGH. 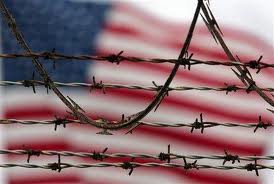 AN AMERICAN HOLOCAUST IS COMING

Many will be deliberate "false flag"
disasters, intended to lead America
into MARTIAL LAW...
the end of our Constitution and all freedoms,
and the beginning of
"the NWO NIGHTMARE
in AMERIKA."

And when martial law comes,
you can kiss your Christian freedoms
GOODBYE...forever.

Thank you for being God's faithful intercessors
over AMERICA.