ARE THEY THERE TO SIMULATE AN ERUPTION...
LEADING TO MARTIAL LAW IN THAT REGION??? 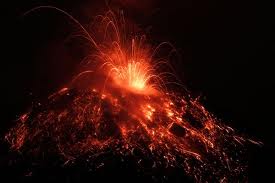 Or are they attempting to actually trigger
the Yellowstone SUPERVOLCANO??? 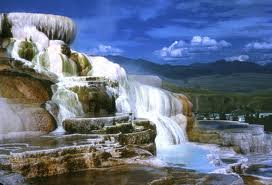 Throughout recent years of investigative journalism, I received information from two reliable former US military sources who are exposing the NWO agenda for America. One of those people is beloved AL CUPPETT, a sincere man of God who served in the US military and worked in the Pentagon.

For many years, Al lectured across America, including with the PROPHECY CLUB. His testimony was used to wake up millions of American to the truth about the NEW WORLD ORDER AGENDA for America.

I was startled to hear Al share with  me one day that he had received information from a military source about high explosives being planted around the Yellowstone NP region. He specifically stated to me that there was a report of even a Russian ICBM missile there as well. 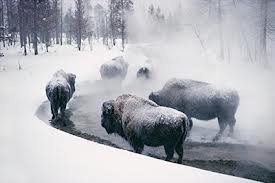 Puzzled, I stored this information for future reference.

Several years later, retired USAF "9/11" truth-teller FIELD MCCONNELL admitted to me when I met with him in ND, that an anonymous military source informed him that HIGH EXPLOSIVES WERE BEING MYSTERIOUS PLANTED BY THE US MILITARY around the Yellowstone NP vicinity. I told him immediately that Al Cuppett had also shared this type of information with me previously as well.

What are my personal thoughts regarding this and their purposes?

Personally, although I have no documentary proof as of yet, I believe firmly that these planted explosives are a part of an "OPERATION RING OF FIRE" type agenda, and the US government/military's clandestine detonating of such explosives to artificially create CHAOS LEADING TO MARTIAL LAW, region by region in America. 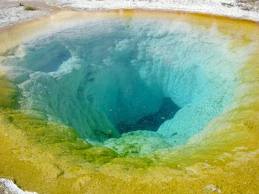 The NWO supporters want to seize every gun from the gun owners of America. MARTIAL LAW declared in any region of America would pave the way for the gun grabs to be conducted by military forces conducting "search, seizure and arrest" against gun owners.

Also, if a disaster occurs, FEMA can be brought in and force evacuations of a region..and conveniently relocate evicted people in FEMA DETENTION CAMPS. 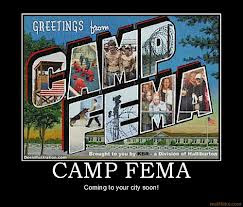 The states of MONTANA and WYOMING are heavily populated with well-armed Patriots and NWO resisters and retired military opposed to the NWO agenda. The US government would dearly love to create a crisis in this region, in order to declare martial law throughout that region, and start the gun grab and the rounding up of NWO resisters to be taken to the camps...if they can.

I used to spend much time in Bozeman, Montana, and the Yellowstone Park region. I performed much research on the YELLOWSTONE SUPER VOLCANO, in fact. The future eruption of the famed Yellowstone supervolcano is truly a terrifying scenario to comprehend. People living locally are very aware of the consequences of that great caldera volcano erupting. It would be first of all preceded by a great earthquake. 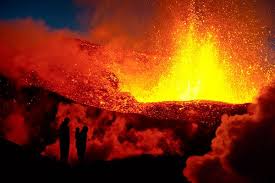 Everything living within a 600 mile radius would DIE immediately following this powerful eruption. The sheer volume of ash spewed into the atmosphere would create global cooling and prevent crops from growing for a year. Huge masses of rock would be hurled into the air, to rain down as deadly projectiles upon hapless people and buildings, wreaking havoc.

Thus, people in that region have a healthy fear of what it would mean, should the YNP supervolcano finally erupt. Scientists have even stated that it is OVERDUE TO ERUPT.

IF this supervolcano were to appear to be about to go off, this in itself would bring forth a DECLARATION OF EMERGENCY (martial law) throughout this region. Forced evacuations would undoubtedly take place "for your own safety." (Just how safe is a FEMA/DHS termination camp, sir?) 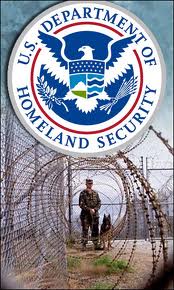 And the round-ups of the NWO resistance in that region could occur under the guise of evacuating people from the region, plus seizing weapons, etc. The NWO would love this to happen!

The high volume of powerful explosives planted clandestinely throughout that Yellowstone NP area are capable of SIMULATING THE BEGINNINGS OF A YELLOWSTONE eruption. How convenient for a NWO agenda! 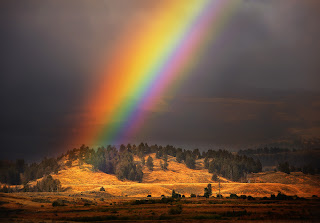 This then is my personal analysis of WHY THE US MILITARY HAS PLANTED HIGH EXPLOSIVES in the Yellowstone NP region. Do I personally believe that they can trigger the actual eruption of this supervolcano??? No.

But I know they can simulate it, sufficiently to scare the local population into full cooperation with FEMA/DHS forces. And enough to warrant a subsequent declaration of EMERGENCY/MARTIAL LAW.

And of course, the lapdog of the NWO agenda, the CONTROLLED MAINSTREAM NEWS MEDIA, will happily broadcast to the American people whatever deceitful script the government and military hand them.

The NWO really can't successfully pull off false flags and black ops like this, without the full cooperation of the complicit elements of the national mainstream news media.

Interestingly, when I worked at Yellowstone National Park in 2006, I was handed a piece of paper by XANTERRA, my former employers there. The  information contained therein stated that Yellowstone NP was being hit by military HAARP ELF frequencies 24/7 from RUSSIA! But that "...these frequencies cannot hurt you." LIE.

When HAARP frequencies are beamed INTO THE GROUND, they have the effect of SOFTENING THE ROCK AND EARTH. They also create huge VIBRATIONS in the earth, and are able to TRIGGER EARTHQUAKES as well.

It truly appears that SOMEONE OUT THERE wants to trigger the YELLOWSTONE SUPERVOLCANO into erupting. Or at least to SIMULATE it's eruption for a hidden agenda.

Christian readers,  please join with me in interceding for God's hand of grace and mercy to withhold such dark and deadly dark plans from this region called YELLOWSTONE NATIONAL PARK.

The lives of many people could potentially be at stake, IF they decide to do this.

I will be meeting with Christian intercessors in The Yellowstone NP region in the future, to pray over this deadly threat. And to pray against the dark MARTIAL LAW NWO AGENDA for America.

And you can also pray about this, right in your own home. Pray for your region of America, that God will restrain all deadly plans to create martial law chaos there as well.

Our prayers, united across America, can help form and change the destiny of this nation, and destroy the plans of satan and his followers from it as well.


Posted by Pamela Rae Schuffert at 6:42 AM