I can never forget the name of Bev Schmidgall!


Bev was a dedicated Christian outreach worker and talented singer for the Lord, working with Oral Roberts University so many years ago. Her muscial group that traveled all over the world was called LIVING SOUND. They sang for the glory of God in almost 40 countries. James Gilbert (quoted below) was also a part of this exciting Christian music outreach. 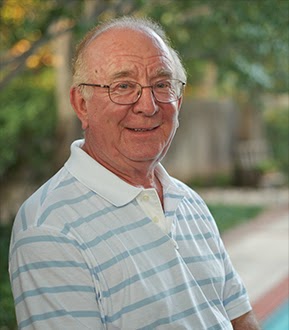 Dr. Terry Law, a mighty man of God with a powerful Christian ministry, involving WORSHIP AND PRAISE and spiritual warfare and reaching souls around the world for Jesus Christ, also participated with LIVING SOUND and traveled with Beverly around the world as well.

But one day, Beverly decided to go far beyond the call of  duty. Only three weeks after the horror of the CHERNOBYL NUCLEAR CATASTROPHE in the Ukraine in 1986, Bev flew to Chernobyl to personally pray for miracles with approximately 2,000 pregnant women there and in neighboring villages and areas. Bev knew what exposure to nuclear radiation could do to infants in the womb. 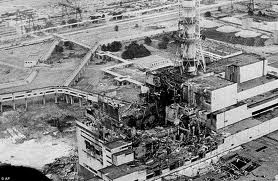 But in so doing, Beverly exposed herself to very deadly radiation. This exposure was to eventually lead to Bev's own slow personal martyrdom for Christ.

Unfortunately, she too developed terrible health conditions as a result to her exposure at GROUND ZERO only weeks after the disaster at Chernobyl. Tumors, Heart conditions. Pain in many areas. Weakness. Suffering repeatedly from exposure for the rest of her life.

Read what a dear personal friend of Bev's, James (Jim) Gilbert, has to say about this in his blog:


http://jimgilbertatlarge.blogspot.com/2005/03/goodbye-at-fifty-one.html
Originally written on 8/11/01
On Sunday, February 25th at 9:30 pm, Earth time, a great missionary and friend, Dr. Beverly Schmidgall, made her last journey, one which brought her face to face with her Lord, Jesus, Whom she had served with both grace and tenacity, for all her life. And as one might expect, she did so in legendary style.

This imposing lady was, if nothing else, gritty and determined, and would not budge from a position she held strongly. So it was vintage Bev who, on that last morning when death tugged at every breath, said to a nurse, “I’m waiting until Dolly gets here.” And she did just that, not surrendering her spirit until she and her cherished friend, my wife, had spent eight tender hours together.Bev had traveled all the way to Chernobyl's Ground Zero, three weeks after the infamous nuclear catastrophe in 1986, to pray for pregnant women. (She prayed for more than two thousand in two weeks.) A subsequent "slow" martyrdom meant living with unspeakable pain, enduring a variety of tumors, spinal infections, and small strokes and heart attacks. Since suffering kidney failure last summer she had been on thrice-weekly dialysis.The phone call so long dreaded came on a Friday night. Bev had been hospitalized in Derby (England) since the new year, her doctors hitting one dead-end after another in the maze of sickness her body had become.

Now, we learned, she was too frail even for dialysis. So she had redrawn her will, written a few goodbyes, and now was asking for Dolly. Two sleepless nights, an ocean crossing, and a train ride later, the two old friends were together again.It was Sunday afternoon now and Beverly, though too weak even to speak, still welcomed Dolly with regal splendor. Sure there was the bed, the hospital gown, and the tubes. But there she sat, propped up by pillows, her hair done up, two-inch diamond earrings dangling from her ears, and a gold ring scotch-taped onto her skinny finger to match ten metallic gold fingernails. Her lung capacity, already below 10 percent for several weeks, was virtually non-existent. But she was alert and made it clear she was glad to see the one she often called her “angel.”
Bev was borne away easily that night. For once, Dolly had done all the talking, delivering goodbyes and commendations. And then, at a little before 9:30 p.m., a small spoon of ice still on her lips, she simply forsook the Earth and flew to the heart of God.-End

*****************************************
I had the privilege of meeting Beverly only once in my life, after she returned from Chernobyl and when she was seeking medical help as a result of exposure to radiation there. I faintly remember seeing her talking briefly, and hearing about her medical complications. And that was all. I never saw her again. And it was ONLY TODAY that I found her on the Internet and discovered she had died in 2001 from radiation exposure.

But God had never allowed me to forget her name or what she had done for His glory. And she paid a martyr's price of laying down her life to minister to others in danger.

Bev moved to England in the late 1980s, partly because she loved the beauty of the British countryside, but also because she needed treatment for radiation poisoning she had suffered at Chernobyl in 1986. Such care was available both in the U.K. and in nearby France.Dolly and I, though we were probably Bev’s closest confidants, never broached the subject of Chernobyl with her, never asked the question that haunted a thousand hearts back home: Are you sure God told you to go there?

It had been, after all, a suicide mission if ever there were one, to travel all the way to ground zero just two weeks after the meltdown, and then spend another two laying hands on thousands of pregnant Ukrainian women. And if He did tell you to go, Bev, then why didn’t He protect you from the very radiation you went there to pray against?No doubt Beverly, herself, had wrestled with these same questions many times during the past fifteen years, years filled to the very brim with unquenchable pain and suffering. So Dolly and I just never brought it up, figuring that when the time was right, Bev would.That time came last November, on the next-to-last day I ever saw her alive. We had been Christmas shopping at the Chatsworth Palace garden shop, followed by evening tea at a country hotel on the way home to Alfreton. Now we were back in Bev’s living room, looking through mementos and, for the first time, discussing who should get what when the time came.

Suddenly, in the midst of talking about everything and nothing, the unmentionable at last was mentioned.She knew people wondered about why she went to Chernobyl, Bev said. Knew they questioned her wisdom, her judgment, her ability to hear the voice of God. She paused and stared at the wall for a moment.

“Well, Jimmy,” she said—and very few folks are allowed to call me that—“I guess most martyrs die a quicker death, don’t they?” And then she never mentioned it again.She was right, of course. For every question whispered about Bev had surely been whispered two thousand years earlier by a forlorn little group of friends, as they made their way down the hill from Golgotha to a nearby graveyard.

“Did God really send Him? And if He did, then why didn’t He protect Him? Why send Him here just to die?”If you can answer that last one, then you understand the late Dr. Beverly Schmidgall.
-End
*************************************
I have concluded there is a reason why God had me meet this incredible woman, and why I never forgot her name or what she did, even long after she died. She paid to her life to minister to others at risk, knowing what she was being exposed to.

I remember my year at Kotzebue, Alaska, only 8 months after the Fukushima nuclear disaster in Japan. Already dead and diseased seals and other ocean dwelling creatures were washing ashore there and exhibiting signs of radiation poisoning. So were the airline stewardesses of ALASKA AIRLINES. Radioactive debris was ALREADY washing ashore, as Alaskans admitted.

The articles I began to read were chilling. I realized that I was right in the path of Fukushima radiation coming from both the ocean and the air as well. I began to feel very uneasy while there, in spite of hours of prayer daily. The truth was disturbing.

But then I would remember why I came in the first place. It was to lay down my life to help my friend Lisa by taking care of her two children, so she could fly to remote Eskimo clinics in the tundra and give them badly needed assistance and training.

I was also there to love the local Eskimos and to minister God's word to everyone I encountered in that remote village. I knew through years of training in a missionary Bible college and spending time in the Word of God repeatedly, that TRUE DISCIPLESHIP CHRISTIANITY is always willing to lay down one's life for the glory of God and to touch other lives for His Kingdom.

And that is why I stayed in Kotzebue, Alaska, as long as I could, until my health began to break down and I reached the point of not being physically able to continue in the heavy work any longer. My tired hands became filled with extreme pain and simply could do no more.

True Discipleship Christianity will always have a price to pay. It cost Jesus everything...remember? And we are to be like HIM. And yes, it is worth it all!

In Heaven, all earth's pain and suffering will be forgotten forevermore. And rewards beyond all we could ever comprehend are awaiting all God's children in that glory beyond the veil!

Thank you Beverly, for leaving your wonderful testimony behind for it to bless us all, and help by providing one more example of what TRUE DISCIPLESHIP CHRISTIANITY IS REALLY ALL ABOUT.

See you in Heaven someday, Beverly....and thanks for the bold testimony you left behind to inspire us all!

(SPECIAL THANKS to JAMES GILBERT for providing the above information giving us a glimpse into the heart of this great woman of God.)