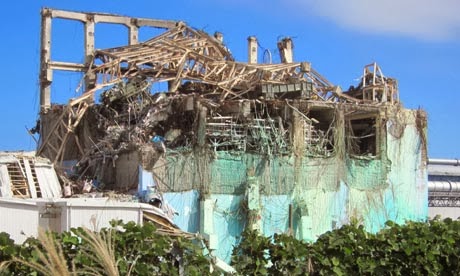 A warning alert has come in to www.BeforeItsNews.com from a source who will not be named for fear of retaliation against him from the government, about his sounding the alarm and exposing the plans to “keep the lid on” the radiation inundating the West Coast coming from the Fukushima nuclear plant that was crippled in 2011 after a 9.0 magnitude earthquake and tsunami caused multiple meltdowns.

According to this source TPTB (the powers that be) “don’t want panic nationwide right now,” and are planning to have the military, most likely the Air Force, patrol the beaches and “anyone reporting anything other than what the government minions say, will be picked up and taken to detention centers.”

This type of action would be reminiscent of the Deepwater Horizon oil spill where access restrictions were implemented preventing “members of the press attempting to document the spill from the air, from boats, and on the ground, blocking access to areas that were open to the public.”

A most earth shaking event had just occurred: Jesus Christ, worker of miracles and the very Son of God, had just RISEN FROM THE DEAD after being crucified, dead, and buried.

Jesus then appeared to His overjoyed disciples, and told them to GO INTO ALL THE WORLD AND PREACH THE GOOD NEWS that Jesus died for the sins of mankind, and He was now RISEN FROM THE DEAD! And that ALL who believed in Him would have EVERLASTING LIFE.

And immediately, His disciples began to do so. The truth could not be hidden! Furthermore, so many other people also knew this truth, and the word was spreading rapidly everywhere.

However, it is written that there were certain people in authority (some of whom were also responsible for the arrest and death of Jesus) that did NOT want the truth to be known or told to the people! And so, they arrested the disciples of Jesus and forbade them to tell the people the truth.

And no command of mere men could stop them.

And today, two thousand years later, THE MESSAGE still continues as fresh as the day it was first spoken to mankind! Centuries of persecution, arrest, imprisonment, and even martyrdom could not silence THE TRUTH and those who spoke it.

You can no more stop THE TRUTH, than you can stop ALMIGHTY GOD, Who is called in the Bible THE GOD OF ALL TRUTH.

JESUS EVEN DECLARED, "FATHER, THY WORD IS TRUTH!"

And today, two thousand years later, there are corrupt people once again in power, who are enemies of the truth and do not want life-saving truth to be spoken to mankind.

"Remain SILENT about the dangers of Fukushima radiation!"

Now millions of people around the world have already uncovered the truth, and many more people worldwide are finding out the truth every single day.

And every day that death from Fukushima continues to pour into our oceans, the truth becomes more self-evident.

This becomes the kind of visible, tangible truth that no man can stop.

They are trying to silence the truth by threats and intimidation. They have become the enemies of truth. And anyone who is an enemy of truth and opposes truth-tellers, becomes the enemy of the God of all truth as well.

Jesus had something to say about liars and murderers:

"You are of your father the devil, and his lusts shall you do. He was a murderer from the beginning, and refuses to abide in the truth. When he speaks a lie, he speaks his native language, for he is a liar and the father of lies."

Regardless of threats from corrupt people, Christians and people of conscience are still commanded to speak the truth to mankind.

What I have written, I have written in the following article you are about to read. I was inspired by the Holy Spirit to write this article finally, before I read the above warning.

Because I serve the God of all truth, and the truth cannot be silenced, I must continue to say to you all:

"Beware of Fukushima radiation and it's definite threat to your health. Become informed, and then act accordingly."