Dr. Ron Paul
Little by little, in the name of fighting terrorism, our Bill of Rights is being repealed. The 4th Amendment has been rendered toothless by the PATRIOT Act. No more can we truly feel secure in our persons, houses, papers and effects when now there is an exception that fits nearly any excuse for our government to search and seize our property. Of course, the vast majority of Americans may say, "I'm not a terrorist so I have no reason to worry." However, innocent people are wrongly accused all the time. The Bill of Rights is there precisely because the founders wanted to set a very high bar for the government to overcome in order to deprive an individual of life or liberty. To lower that bar is to endanger everyone. When the bar is low enough to include political enemies, our descent into totalitarianism is virtually assured.

The PATRIOT Act, as bad is its violation of the 4th Amendment, was just one step down the slippery slope. The recently passed National Defense Authorization Act (NDAA) continues that slip toward tyranny and, in fact, accelerates it significantly. The main section of concern, Section 1021 of the NDAA Conference Report, does to the 5th Amendment what the PATRIOT Act does to the 4th. The 5th Amendment is about much more than the right to remain silent in the face of government questioning. It contains very basic and very critical stipulations about due process of law. The government cannot imprison a person for no reason and with no evidence presented or access to legal counsel....End of excerpt
*********************************
The following article talks about the Enemy Expatriation Act pushed by Lieberman:

Last January, four-term senator Joe Lieberman (I-CT) announced that he would not seek reelection in the upcoming 2012 elections. This seems to have relieved any pressure of facing his constituency for approval, allowing him to push for some of the most draconian legislation in the history of the United States. Or, perhaps, he is just auditioning for a more powerful position like Secretary of Defense or Secretary of the DHS.

Besides his renewed pressure on Google and Twitter to openly censor the Internet, Lieberman's desire to crush all dissent against the war machine has manifested in bills like his Enemy Belligerent Act, his Internet Kill Switch bill, and the recently introduced Enemy Expatriation Act.

Unfortunately, the most egregious parts of the above mentioned bills already found their way into law under the recently passed National Defense Authorization Act (NDAA) which seemingly renders any further discussion of these bills as somewhat redundant, but they certainly won't be critically discussed in the corporate media.

The Enemy Belligerent Act grants "the president the power to order the arrest, interrogation, and imprisonment of anyone -- including a U.S. citizen -- indefinitely, on the sole suspicion that he or she is affiliated with terrorism, and on the president's sole authority as commander in chief."

The Internet Kill Switch bill, officially called the Protecting Cyberspace as a National Asset Act, gives the President the authority to police, censor and shut down parts of the Internet under a cyber emergency. While promoting the bill, Lieberman openly called for the U.S. to have the same ability to censor the Internet as China....-End of excerpt
*******************************
There are many excellent articles on this newly emerging legislation to be found on the Internet, and I encourage you to research this latest legislation to understand where we are being taken with it.

https://www.google.com/search?sourceid=navclient&ie=UTF-8&rlz=1T4GZAG_enUS430US430&q=ndaa+enemy+expatriation+act
*******************************
Many Americans are rightly concerned with this recent legislation, and many of America's Christians as well. I am one of those American Christians, whose ancestry goes directly back to my Pilgrim ancestors who arrived here on the Mayflower in 1620. I am a direct descendant of John and Priscilla Alden. These Pilgrim Protestants came to escape religious persecutions in Europe and England. They also came to this brave new world to found a just nation whose Father is the God of the Bible, and  whose laws and ruling system would be based on the eternal truths found throughout the word of God, the Bible. 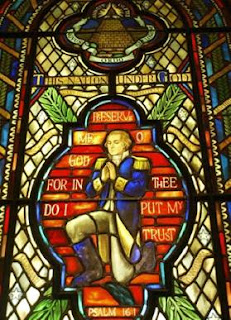 Many New England towns are named after my ancestors. (I am also related to the Peabodies who intermarried with the Aldens, after whom Peabody, Massachusetts is named) and more. Some of my relatives fought in the American Revolution to obtain our precious liberties we all cherish.

Personally, I have been a born again Christian now for forty years. I have attended not only Bible College (Elim Bible Institute, 1973-1975, 19860, but also many other schools of Christian training including Youth With A Mission (DTS), Slavic Gospel's Institution of Slavic Studies (mission work among Russians). I have been involved in nothing but various forms of ministry now for forty years. I know the Word of God, and strive to put it into practice every single day.

I too am concerned over these kind of legislation

I have been reporting on the ominous building of hundreds of detention camps, covered up by the government and media  with "official government explanations" such as "...oh, they are for illegal immigrants, detainees from GITMO, nothing  for Americans to worry about..."

But that is not what military and CIA insiders were leaking out. They admitted that these detention camps were to hold future "resisters of the New World Order" as it finally came down across America.

Many Americans have been following independent and alternative news and broadcasts exposing the NWO agenda for years now. This newest legislation comes as now surprise to them either. This  most recent legislation is merely the "icing on the cake" putting the finishing touches on the nasty NWO "surprise cake" these people have been baking for us for years  now! "Surprise, surprise!" they will shout as martial law comes down the scheme is fully unveiled finally.

But for millions of informed Americans and Canadians, this comes as no real surprise at all. We have been watching this NWO scenario laboriously unfold for years now.

For millions of Christian Americans, what must the response be? The answer is found in the Word of God, that does not change with the capricious whims of world leaders and dictatorships. "...the grass withers, and the flower fades, but the Word of the Lord endures forever."

Jesus Christ the Son of God declared, "Heaven and earth will pass away, but My Words will NEVER PASS AWAY."

All of my liberties I enjoy and walk in today, originated from the Word of God. I am commanded by His word to speak His truth to others without compromise. No mere earthly laws of man can take away the eternal commandments of God nor our obligations to fulfill His commands.

We know that these two new pieces of legislation pertain to MARTIAL LAW and the coming police state I have been warning about for 15 years now (as my readers know.) But for us as Christians, we are commanded by a Higher authority, Almighty God, to continue in obedience to the eternal laws and word of God regardless of what men may decree.

Persecution has come to the Christians periodically throughout the past two thousands years, because of OBEDIENCE TO GOD rather than man.

Arrest. Imprisonment. Torture. Martyrdom. All for obedience to God rather than man.

Does the Bible teach obedience to earthly authorities? Yes. We are to obey earthly laws and authorities, whenever they do not conflict with the Higher Laws of Almighty God. But where the laws of men state that we cannot freely serve and worship God, when we cannot freely assembly for prayer and fellowship, we we cannot share or proclaim the Gospel to others, or confess Jesus Christ before men, or other laws restrict us from keeping His commandments and obeying His Word, then we have no choice but to obey God instead.

I have been persecuted heavily throughout my entire Christian walk, for obedience to God rather than man. However, I have stood firm on my faith and convictions and have not moved from them in 40 years. Nor will I. Jesus Christ is my Lord and Savior. Period.

I follow Jesus Christ. And if I must someday follow Him in His arrest, or in His trial, or in His sentencing to death and being led away to Golgotha for the sake of righteousness and the truth of God, so be it.

But my Christian testimony to the world remains free from hatred, free from retaliation towards my persecutors, free from violent resistance. Rather, I am praying for our future persecutors and their salvation daily. Jesus died for ALL men to be saved. As Christians, we too were once sinners. Thank God He had mercy on US in our sinful state!

I know this personally, because I have worked with Russian and Slavic Christians for many years now. Their testimonies I can never forget! They OVERCAME by the Blood of the Lamb, by the Word of their tstimony, and because they were faithfu lunto death.(Revelation 12:11) They did not deny Jesus Christ to save their lives, family members, jobs or homes.And neither, my Christian friends and readers, can we.

With the passage of these two pieces of legislation, can martial law be far behind? And if this be the case, I urge all my Christian readers to PREPARE by spending time in fasting, prayer, and spending much time in the Word of God. His Word promises us that His grace is sufficient!