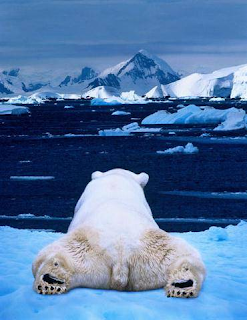 Pity the poor Alaskan polar bear! So many toxins have been dumped into the ocean that have made their way to Alaska and the Arctic, that even the polar bears' habitat and health has been gravely affected. Scientists when monitoring their health have reported that some polar bears showed evidence of genetic mutations, including possessing dual sex organs due to their toxic environment. And what about the PEOPLE being adversely affected? Isn't it time for people to become concerned and DO something?-Pamela Rae Schuffert

The U-S Environmental Protection Agency today reports that Alaska mining operations account for ninety percent of the toxic chemical releases in the four-state Pacific Northwest Region.
The 2010 Toxic Release Inventory shows a national increase from 2009 of sixteen percent nationwide. The national trend had been dropping before that. Regionally, all Northwest states had increases. Alaska’s increased twenty percent, producing a total of 835-million pounds from thirty-two facilities in the state.

Kelly Huynh is the Toxic Release Inventory’s unit manager at the Seattle regional offices of the E-P-A. She says Alaska’s toxic releases are the highest of any state in the nation — and there’s no single explanation for why the numbers have increased.


Some of the reasons might be that there’s increased production. The economy is getting better so people are producing more. Certainly for the mining industry there’s variations in ore composition which is one of the explanations for the increases there. There could be changes in production processes. And sometimes is just a matter of facilities’ finding better methods of calculating the amounts of material they’re releasing to the environment.

According to the report, the largest source of release is the Red Dog Mine in the Northwest Arctic Borough near Kotzebue – with 777-million pounds of toxics annually going into the air, water and land. 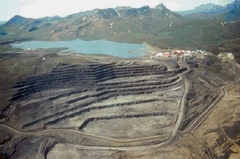 Red Dog Mine Near Kotzebue, Alaska
Huynh says her office deals with the total amount of materials released – and does not go into questions of whether the toxic releases are within permit limits or are disposed of properly. She does not regulate individual sites like the Red Dog.

Other large facilities that release toxic chemicals include the Green’s Creek Mine in Juneau with 47-million pounds of materials, and the Pogo Mine near Fairbanks with Seven Million pounds.

The State’s Department of Environmental Conservation issued a statement pointing out that the federal report was based on reports from various facilities and involved permitted releases into managed facilities or in accidental discharges.
WEBLINK: http://yosemite.epa.gov/R10/owcm.nsf/tri/2010data