My Concern for the Endangered Inupiaq Here in Alaska

I hope that some local Inupiaq people are reading this article. I am visiting here in Kotzebue, helping a friend who is here  for medical purposes to help the Inupiaq in various villages. Her family (she and her two children) and I love these precious people. I have enjoyed meeting them and learning about their culture and traditions. These are a beautiful people and culture and I love them. The elders are precious. The children are adorable. The teens are exuberant, full of hope for tomorrow. Who wouldn't love these people! I love and pray for them continually here. 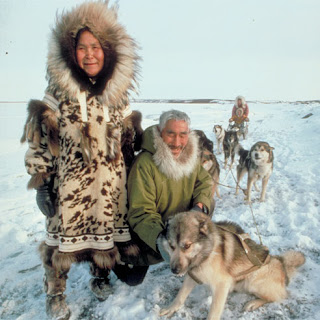 My constant concern is for their health. The terrible  toxins in the oceans are here. These deadly industrial toxins, dumped ceaselessly into the oceans, have travelled to this region of the Arctic and have polluted the waterways of this region and beyond, and the seafood chain is totally corrupted by them now. It is no longer safe to eat the seafood such as maktak (whale blubber), walrus, or seals or most of the fish. There are large numbers of cancer victims among older people here and in many of the villages, potentially much of it due to toxins in the food chain.

And now, radioactive debris is washing ashore here from Japan and the Fukushima nuclear meltdown disaster. Plus the radioactive particles are precipitating down through rain and snow, carried by wind currents. Scientists are testing land mammals and plants now for evidence of how it is affecting them and the food chain here.

Fukushima nuclear meltdown, Japan
Let's be real: it doesn't take a rocket scientist to figure out that if even BOSTON, MASSACHUSETTS (5000 miles away from here), is registering this radiation now, how much MORE so here on the extreme west coast of North America?

I am tired of government lies and cover-up because of the lobbying of the huge food industry corporations. These companies KNOW this radiation is affecting crops and dairy production and seafood, BUT they are secretly demanding that the government and their controlled press and controlled "scientists" cover up THE TRUTH! But this is what our government has become famous for...or infamous? Beware of "official government explanations," folks! (How many more Americans are also tired of this type of tactic of "cover-up?" Hello out there...)

Many articles have been published on the Internet and in books outlining the toxic ocean here in the Arctic and the health effects on the local peoples. You will find more information by going to GOOGLE and typing in this subject in SEARCH and also by going to my other articles on this blog about this subject. See also:

And now from the Fukushima nuclear meltdown from Japan, the deadly radiation is coming here by the ocean and the rain/snow, and animals living on land are endangered as well. 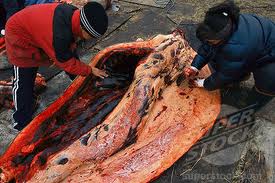 This is their traditional Inupiaq lifestyle, living off the ocean and the other foods available from nature. However, if there is not a change in food patterns and lifestyle, many more will potentially become ill from the effects, have problems relating to the toxicity, and suffer. And some will inevitably die. The problems these ingested toxins create include birth defects, neurological and many other health problems including cancer.  This is unspeakably tragic. The Inupiaq did not create this disaster affecting their lifestyle and health, and now they are forced to live with the consequences of "modern industrialized society." In fact, some Inupiaq are very bitter as they too research and realize what has happened. 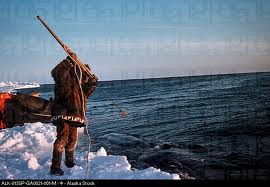 I will say something that must be said:  I am deeply sorry and I am ashamed of what modern civilization has done to affect the Inupiaq and of their people victimized. I am heartsick over what the effects are on the Native peoples here. I am non-Native and I come from a "civilized society". However, it is important to avoid stereotypes. There are the "good, the bad and the ugly" in EVERY society. Many people such as myself are utterly against this horrible polluting of the earth. Many organizations and people are struggling to fight this, who are non-native in background. Toxic pollution of our air and water hurts us ALL, Native and non-native alike.To put it in modern vernacular, "I ain't the one!" If I could stop this pollution TODAY, I would.

But it is time to move beyond feeling resentment (which solves nothing), to DOING SOMETHING ABOUT IT. And yes, you CAN alter your eating patterns to improve your health and minimize dangers from the toxic environment. The famed Inupiaq are known for surviving many crises and challenges from the environment. They have survived before, and they shall overcome THIS challenge as well, and continue to survive as a people.

What am I doing to overcome the toxic challenge here? While I am living here in Kotzebue, I am very carefully choosing my food and drink. There are water purifying systems you can research and order over the Internet, some based out of Anchorage, that take radiation and toxins out of the water (reverse osmosis and distilling units). Radiation is coming to the water supplies, since the water comes from the local mountains, upon which rain and snow filled with radioactive particles fall. Distilling water and then carbon filtering it will effectively make the water much healthier. There are also inexpensive filter pitchers that do a basic job when finances are limited.

There is an ORGANIC FOOD PROGRAM right here in Kotzebue, where we are ordering organic produce delivered every week here. I try to only eat organic produce, fruits and vegetables, plus organic grains and beans, etc.,so essential for my proper health because of the pesticides used today on produce. But if I cannot find organic, I will use whatever produce and grains/beans and food is available.

AC grocery store Kotzebue, Alaska
However, if you feel you cannot afford organic produce, there is plenty of good produce at the local AC grocery store here in Kotzebue. The staff is very friendly and knowledgeable and can help you find what you need for your health considerations.There is also rice and beans and grains and oats and pastas and MANY other food items that can replace the sadly toxic traditional ("country") food. I know how hard this can be, changing food lifestyles. For my health, I had to change mine completely, and go to a vegetarian/organic lifestyle. GONE were all the foods I loved to eat! But my health is worth it ALL.And your health is priceless as well.

I have to say with all love and respect to my Inupiaq friends, which is now more important? To preserve traditional eating styles (as important as it may be), or to now preserve the health and lives of yourselves, your children and your elderly at this time? The life of any people is their health. Inupiaqs could face slow genocide due to the toxins in the their traditionally ingested seafood. But this does NOT have to happen.

I have been forced to eliminate the wonderful seafood I love that is found here, and have chosen to consume beans, grains, oats, nuts and seeds and more vegetarian foods instead for health considerations. I would have loved to try traditional seal and whale meat of the Inupiaq. But scientists testing them have found they are very toxic. And the dead seals are washing ashore here with terrible health symptoms that are pointing to radiation sickness. 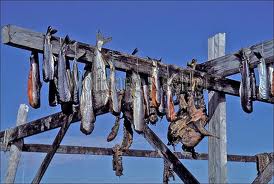 I love wild Alaskan salmon! (Or USED to.)  It was originally touted as one of the safest seafood to consume in the toxic oceans. But now with the ongoing radioactive problem from Fukushima, Japan, pouring radiation into the Pacific ocean, and the ongoing toxin dumping accumulating in the Arctic waters here, how safe can it be now? Especially with radioactive debris washing ashore here in Alaska. Many people already are refusing to buy Alaskan salmon, who previously did so, because of this very real threat, including people I have spoken to.

The government  and controlled press, lobbied by the huge food industries, may lie to the American people on many issues, but the vast majority of the American people are not stupid. It is not hard to figure out that we face a severe health crisis because of the radiation from Japan and the toxins in the ocean. 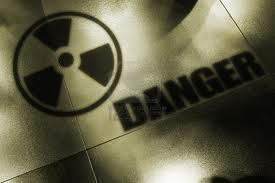 Sorry, seafood industry, but the grim truth is the truth. The health of tens of millions of people is far more important than your making "big Bucks" at the expense of their health and lives.I am now forced to eliminate these foods I have loved and all related for my very health to survive. It is not easy, but it can be done...and it is worth the effort.

Many people in Kotzebue, Alaska, are ordering their organic food here. If you live here in Kotzebue, I encourage you to go to their website and see what they offer: 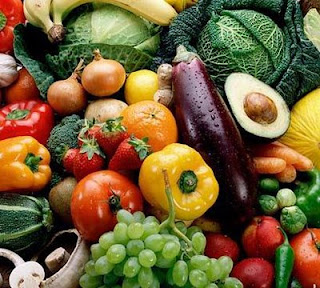 Join now to get year-round access to the best each season has to offer.
It's simple.

See if we deliver to your area.
Check Now
Choose your order size.

Choose home delivery or pick up from a community site.
http://www.fullcircle.com/organic-produce-groceries/?9gtype=search&9gkw=organic%20farm%20%2Balaska&9gad=19275476389&gclid=CNDk2v6q7q0CFQ5khwodqWx18g

Readers may say, "This is EXPENSIVE!" However, go to the local grocery store and check how how expensive THEIR prices for NON-organic foods! And just how important is your health? We ARE what we EAT! And how expensive is the cost of health care when you become ill?

You know what? Give me the pre-industrialized society and lifestyles of the Native peoples that protect and respect the earth ANYDAY, over what "modern civilization" has done to our earth and it's ecosystem and her peoples! The earth is being effectively destroyed because of "modern civilization" and the greed of the big industries who do not care how much they pollute the earth and destroy her citizens, because of the "BIG BUCK."

I realize that this is their traditional way of  life among the Inupiaq. They live off the land and the ocean. However, if this lifestyle is continued with the toxicity here, they will continue to become ill from the toxins in the ocean and in the seafood. This could spell genocide for the Inupiaq and Inuits and all affected peoples at large.

Although cultural change is difficult, changes in food consumption traditions will have to be considered for health reasons and the very survival of this endangered people, the Inupiaq and all Inuits and affected peoples in the Arctic region. May the Inupiaq overcome and survive this challenge and continue long on into the future as an important and vital  people and culture in the world today.

May the mercy of the grace of God through Jesus Christ the Son of God grant great miracles to the Inupiaq!