Jesus Christ IS Coming Soon Again! We Are Living in End Times.... 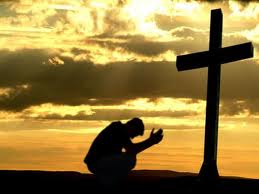 We simply don't know when. Be ready regardless. Be ready for end-time persecution, tribulation, suffering, and be ready for JESUS CHRIST TO COME AGAIN as well!

"Jesus Christ is the Son of God, He is COME in the FLESH, He is RISEN from the dead!"

For an excellent listing of Bible Scriptures on His Second Coming, go to:
http://www.jesusiscoming.com/Scripture.htm

Matthew 16:27 For the Son of Man is going to come in his Father's glory with his angels, and then he will reward each person according to what he has done.


Matthew 16:27 For the Son of Man is going to come in his Father's glory with his angels, and then he will reward each person according to what he has done.


Matthew 23:39 For I tell you, you wil not see me again until you say, 'Blessed is he who comes in the name of the Lord.'


Matthew 24:27 For as lightning that comes from the east is visible even in the west, so will be the coming of the Son of Man.


Matthew 24:30 "At that time the sign of the Son of Man will appear in the sky, and all the nations of the earth will mourn. they will see the Son of Man coming on the clouds of the sky, with power and great glory.


Matthew 24:42 "Therefore keep watch, because you do not know on what day your Lord will come."


Mathew 26:64 "Yes it is as you say," Jesus replied. "But I say to all of you: In the future you will see the Son of Man sitting at the right hand of the Mighty One and coming on the clouds of heaven."