It is very sad to me to discover Christians who choose to be fools in this hour. This includes some pastors as well. Nowhere in our Bible are we instructed TO BE FOOLS!

But, OH, how the NWO loves slumbering and ignorant Christians...

I recently began to share with one local Montana pastor my valuable information, obtained at great personal expense and effort. This particular pastor preaches right in the heart of where much NWO/martial law preparation activities are going on behind the scenes here in Northwestern Montana. But as soon as I began to share details, he interrupted with a spirit of mockery and began to make fun of my information! "I have walked every step of this region, and NEVER saw prisoner boxcars or guillotines..." And he continued to rant, exposing his utter ignorance and lack of research on this vital subject. He could not hurt the truth that I know and expose, but he certainly exposed his foolishness and lack of information.

YE FOOL and BLIND! All that I uncover and report on consists of  COVERT military black (secret) operations! Do you really think the US military is stupid enough to alert millions of Patriotic Americans to their intentions, by OPENLY displaying their modern guillotines, or prisoner boxcars with shackles, or UNDERGROUND detention camps and tunnels in this region??? Not when the US military KNOWS that such discoveries would cause millions of Americans to RISE UP NOW in resistance to their HEINOUS NWO AGENDA!

YE FOOL AND BLIND! This kind of end time prophecy and information confirming it is a VITAL PART of the GOSPEL MESSAGE, or Jesus never would have given us warning in His eternal word! And HOW, pastor, do you THINK you are a faithful WATCHMAN ON THE WALL when you refuse to become educated to such information as I faithfully provide to God's people? These NWO forces from hell plan to ARREST CHRISTIANS and tempt them to DENY JESUS CHRIST or DIE! Foolish pastor, HOW are you helping God's people, by refusing to prepare them faithfully for their coming persecution and temptation of this kind??? In fact, you are NOT.

I also met a CHRISTIAN RAILROAD ENGINEER in a local church who pulls trains over these very railroad tracks that have periodically hauled prisoner boxcars with shackles and modern guillotines across Montana to be prepositioned in covert locations for the coming hour of martial law. When I began to mention this information to him from my years of research, he mocked this, stating, "I have driven trains all over this region, and NEVER did I see a prisoner boxcar or hear of them in my work...and I don't wanna hear this kind of information anyhow...I just wanna focus on Jesus..."

Well, dear, I too love focusing on JESUS! But there are MANY THINGS He has warned us of to come, and he wants us to focus on THESE TRUTHS ALSO! 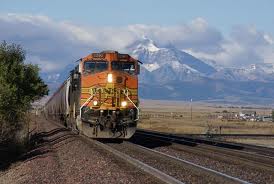 YE FOOL AND BLIND! Again, this is a covert government/military black (secret) operation. Do you THINK you can recognize a prisoner boxcars with shackles or guillotines MERELY FROM THE OUTSIDE? Do you really THINK they are so foolish as to tell a CHRISTIAN train engineer what he is hauling, when Christians will become MAJOR TARGETS in the future??? Do you honestly think you will see stenciled on every prisoner boxcar, "PRISONER BOXCAR/SHACKLES/GUILLOTINE" exposing their dark secrets???

YE FOOL AND BLIND, that you don't want to know about this kind of information, when IN THE FUTURE this very railway system you now operate on, will haul your fellow Christians to their DEATH to the detention camps.And YOU as an experienced train engineer have the potential to help RESCUE your fellow Christians due to your position as train engineer??? How very sad!!!

What makes this true report even MORE amazing, was that IN THAT VERY CHURCH wherein I encountered both the pastor and train engineer, I also met THE CHRISTIAN TRUCK DRIVER who told me only two months ago, that his trucker friends warned him that they were delivering MORE GUILLOTINES to BILLINGS, MT at that very time! Even this truck driver attending this church on that Sunday  knew these things were absolutely true!

And THIS is only a sampling of the tragic kinds of "Christian" foolishness and ignorance I am forced to deal with continually. There is NOTHING "Christian" about being ignorant of the enemy's plans for YOUR GENOCIDE in this very hour!

And yet, HOW MANY TIMES have I attempted to share this valuable information and insight into the coming times with God's endangered Christians, only to hear responses such as, "Oh, I don't want to hear it..." Or, "I don't need to worry, 'cuz I am gonna be raptured out BEFORE IT CAN HAPPEN..." (Oh, REALLY! Please give me chapter and verse in the Bible that tells me conclusively that CHRISTIANS IN NORTH AMERICA are not going to suffer even the loss of a hangnail under end-time persecution! And that they will be quicky RAPTURED OUT! In fact, there is NO SUCH VERSE!

What is THE TRAGIC OUTCOME of choosing to remain uneducated and ignorant of such relevant and vital truth in this hour? The Bible states,"MY PEOPLE PERISH FOR LACK OF KNOWLEDGE." This Bible verse can not only be applied TO THE SPIRITUAL, but in a practical way to many other kinds of pertinent truths.

What will be the outcome for God's people, because of the pastors who refuse to understand the times we face, and refuse to warn God's people of coming danger?

What will be the outcome for God's endangered people, when the train engineer, who COULD have become educated and be used of God to help rescue God's people when they are being hauled to these FEMA camps by train...BUT REFUSED TO BECOME EDUCATED ON THIS SUBJECT?

What is the inevitable outcome of REFUSING WISDOM AND KNOWLEDGE IN THIS CRITICAL HOUR? 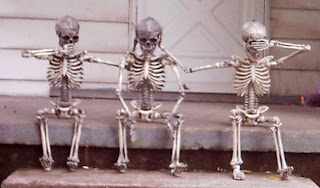 The inevitable outcome will be, that many will suffer terribly and many will perish, both physically and eternally, because no one warned them of these things to come, and no one prepared them. When people refuse to listen to the truth, tragedy happens on many levels.

Please don't be foolish like the above people. Become educated and act NOW to prepare, spiritually and practically. SEEK GOD FOR WISDOM IN THIS HOUR! Someday you will be glad you did!