Crisis in the Ukraine: Is WW III Coming With It?

MILITARY CRISIS UNFOLDING IN THE UKRAINE-
HOW CAN THIS AFFECT AMERICA??? 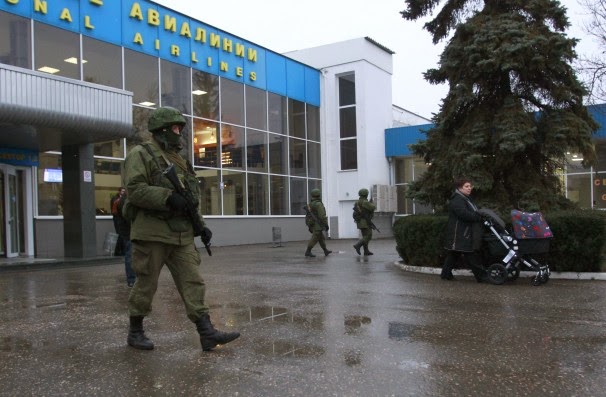 From THE FINANCIAL TIMES:
-Moscow earlier revealed that it would be ready to go to war over the Crimea region in order to protect the large population and army installations.
“If Ukraine breaks apart, it will trigger a war. They will lose Crimea first [because] we will go in and protect [it], just as we did in Georgia,” an unidentified Russian official told the Financial Times.
*****************
IF WAR BREAKS OUT BETWEEN
THE UKRAINE AND RUSSIA,
WHAT ARE THE IMPLICATIONS
FOR AMERICA
AT THIS TIME?

According to Daily Mail:

“A treaty signed in 1994 by the US and Britain could pull both countries into a war to protect Ukraine if President Putin’s troops cross into the country. Technically it means that if Russia has invaded Ukraine then it would be difficult for the US and Britain to avoid going to war.”

It is very important to go to the info websites following this article to read and understand the serious implications of what is unfolding between the Ukraine and Russia at this time.

It is also important to understand how America has been plunged right into the middle of this dangerous crisis as well, and what the future implications may be for our endangered nation.

On Friday February 28,2014,  reports began to come out of Crimea that 10 Russian Ilyushin-76 cargo planes began landing in the airport there. This huge cargo plane (below) is used to transport both military soldiers, equipment, and vehicles as well which can include tanks and armored personnel carriers. 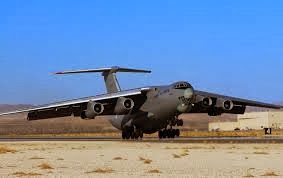 Soon after their arrival, a convoy of Russian tanks and 9 armored personnel carriers plus a truck were sighted traveling north from the airport to the regional capitol of Sinferopol. (Below) 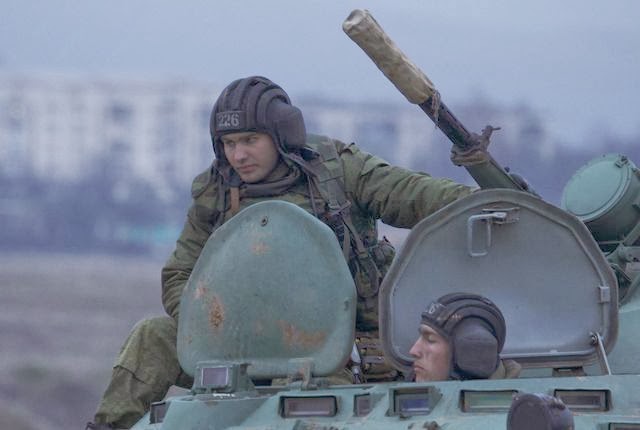 America has reportedly spent up to $5 BILLION dollars fomenting this revolt against the previous leader, Yanukovych. Why? Simply because Yanukovych was not cooperating with the EU and the western globalists. Instead of signing on with the EU previously, Yanukovych cancelled his plan with the EU and  instead sided with Russia's Putin and his government.

The IMF, NATO, the western globalists and America were not happy with this Ukraine/Russia alliance. And so, they helped to deliberately create the "coup" and underhandedly funded the overthrow of Yanukovych deliberately. 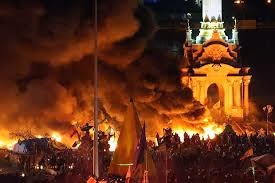 Fires rage in Kiev during protests in February 2014

Numerous reports coming out of the Ukraine indicate the presence of the CIA helping to incite this revolt and working with resisters, including the numerous neo-nazi elements determined to overthrow Yanukovych and ties with Russia. Of course, the CIA is a direct product of the Nazis.

The American press has failed to adequately cover the continuing rise of the modern neo-nazis throughout Europe. I covered this subject when I was researching in Germany in 2001. I personally interviewed a member of the underground Nazi movement in Munich, after being invited to her apartment.

The truth she exposed was disturbing about their underground movement, and thousands of participants in Germany alone, and growing continually.

There is a neo-nazi presence in the Ukraine as well. Here is what one article says about this:

Svoboda is a Neo-Nazi Party, Ukraine’s fourth biggest party holding 36 seats out of 450 in parliament. They’re also part of the Alliance of European National Movements along with the BNP and Jobbik. Svoboda is supported directly by Washington. 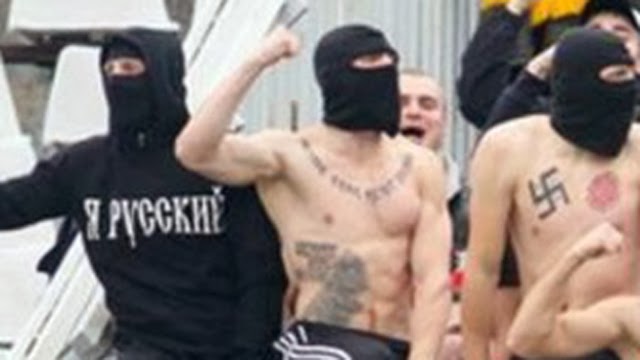 Photo of neo-nazis participating in riots in Kiev recently

Such elements in the Ukraine also want to break all ties with Russia. According to some articles I have read, the CIA worked directly with these groups, funding and arming them.

But why fight over who controls the Ukraine?

Because of many reasons. The Ukraine has vast land resources. The Ukraine is a highly strategic place in Europe today. It sits as a buffer zone between Russia and the rest of Europe.  Gas pipelines from Russia to Europe travel through the Ukraine. Ukraine's rich agricultural resources makes it a breadbasket in that region. 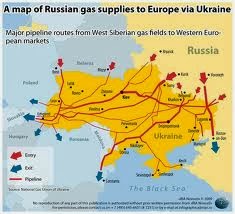 Russia needs the Crimea region of the Ukraine to station it's Black Sea military naval fleet, and to station some of it's military forces in several locations as well. 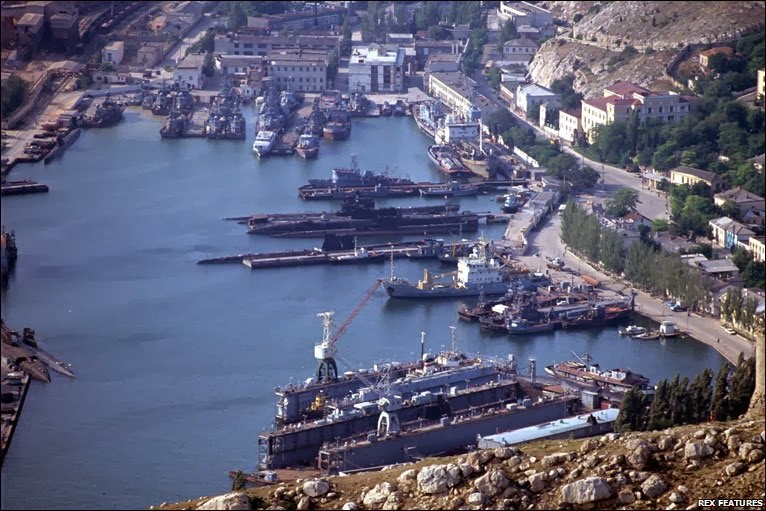 Russian Black Sea fleet
However, the EU want the Ukraine's rich resources and to use her strategic military position. NATO wants access to the Ukraine to establish a missile defense system, among other reasons.

Both the EU/NATO and Russia want control and influence over the Ukraine. Putin desperately needs the Ukraine to be under his influence and control, including for military control of the region. Putin fears the western powers coming in, with NATO planning to erect missile defense systems in the Ukraine to counter Russia's growing military power and expansionism.

And so today, we are witnessing first-hand the world's super power nations fighting like selfish children over who is going to own and control nations in the world today.

Caught in the crossfire as collateral are the millions of innocent civilians who do NOT want the horrors of war in their nation. Who are the greatest victims of war and greed? The most helpless: the women, the children, the elderly, the handicapped.

And of course, the peaceful and non-violent Christian elements as well.

Christians in Moscow
Christians in America can be certain that fellow Christians both in Russia, the Crimea and the Ukraine are praying united against the horrors of war and bloodshed in their nations at this time. 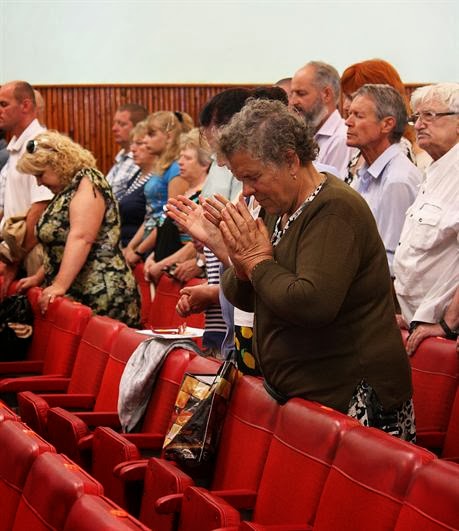 Christians in the Ukraine

The acting President of the Ukraine presently is a Baptist pastor, Oleksandr Turchynov. Here is what one article had to say about this:
************************************
Highlighting the joy that has come to the people of Ukraine following the painful protests, the European Baptist Federation noted that Christians played an important role during the protests.
"During all these days of protests and confrontations, the Christian community in Ukraine has been the light and the salt for both parties. The doctors, nurses, cooks, students and other Christian groups have been helping whenever there was a need."
Churches and denominations prayed and fasted together for peace and for God's intervention, according to the Baptist organization.
"People started crying out to God and even the TV media spoke about the role of the church and quoted Scriptures," the group noted.
Despite the joy expressed over the current peace deal, however, the Federation called on people of faith to help pray for the maintenance of peace in Ukraine.
"Unfortunately, many people have much anger and hatred for opponents. People are disappointed in all politicians and do not want to forgive anyone. Many are determined just to revenge, burn and bring about injuries. But we need to face this challenge with Christ."
"What Ukraine needs is not just a change of people in authority but a change of the system and the relationship of the authorities to ordinary citizens."
"Ukraine needs love, mercy and forgiveness.               Ukraine needs Christ!"
************** 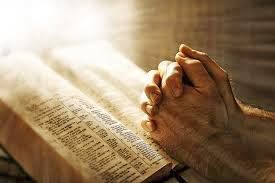 We Christians in North America and from around the globe need to pray in solidarity with them, beseeching God that the greedy plans of wicked men on both sides of the conflict are stopped from plunging that region, and ultimately other parts of the world INCLUDING NORTH AMERICA, into a thermonuclear war at this volatile time.

Discerning Christians can readily understand that none of this conflict of God, but rather inspired by the greed and wickedness in fallen mankind. The Bible declares in James where wars and fighting originate from:

What causes fights and quarrels among you? Aren't they caused by the selfish desires that fight to control you?

You want what you don't have, so you scheme and kill to get it. You are jealous of what others have, but you can't get it, so you fight and wage war to take it away from them. Yet you don't have what you want because you don't ask God for it.

Therefore we must all pray about this unfolding and escalating crisis involving Russia, the Ukraine, and the nations supporting the Ukraine's change of government, especially North America at this time.

Putin is angry with America at this time, due to America's role in underhandedly funding and fomenting the coup against Yanukovych. What form of retaliation might America face from Russia now as a consequence???

As Russian military troop presence builds up in the Crimea, and resentment flares against America and the EU/NATO from the Kremlin, we must realize that the world could be at the brink of a thermonuclear war that WILL bring war to America's shores this time around.

Because in a thermonuclear war, NO one emerge as the victor in the end. Mutually assured destruction, or MAD, can truly be the only logical outcome. And we will all lose, worldwide. 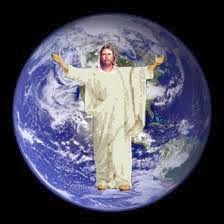 The only hope of  peace in the world is Jesus Christ

Thank you for your faithful prayers at this time.
May they make a difference in today's world. 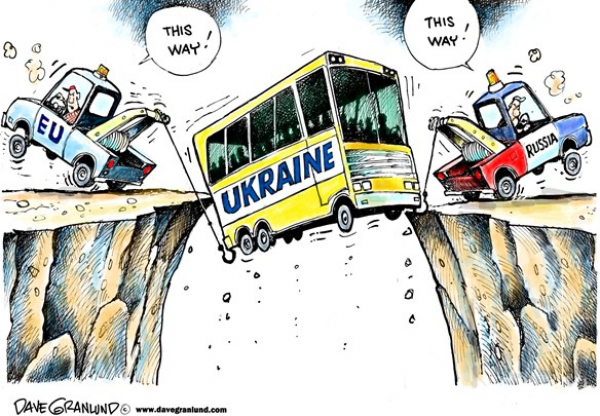