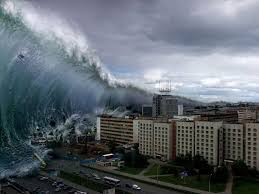 Is a massive TSUNAMI coming to America's coast...artificially created???


I have been praying intensely about the recent reports flooding the Internet about FEMA REGION THREE and the months of September/October 2013 being the time frame. Driving mile after mile, I find plenty of time to pray without ceasing.

Yesterday I was praying about revelation knowledge being needed at this time. The Bible says that the Holy Spirit will show us things to come. There is a reason for this. God wants His people to be informed of various important events. A forewarned people becomes a prepared people. Also, forewarning God's people can bring forth INTERCESSORY PRAYER that can change the course of human events. PRAYER CHANGES THINGS! 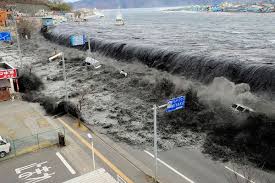 I asked God specifically to give me more revelation about FEMA REGION THREE and what may be planned soon. And for the rest of this nation as well. Why? There are millions of innocent lives at stake in this hour. And these NWO madmen do not CARE about innocent lives! Look at the children and families...the elderly and handicapped and helpless (like my brother.)Futures and destinies are threatened by the insanity of these NWO murderers programmed by Satan himself.

The Bible declares that the thief, Satan, comes to steal, to kill and DESTROY. We as Christians are called to resist Satan's plans, and to resolutely stand against his dark plans and kingdom.

That is why I pray for God to show me what they have planned, so that I can pray with understanding against their agendas. We should ALL be praying like this.

Well, I asked God to show me about what is planned for this fall. I fell asleep praying about this. 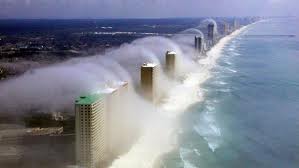 Today I woke up saturated by the Holy Spirit...totally immersed by His Presence. The overwhelming impression I received was very clear: PRAY AGAINST MASSIVE TSUNAMIS, man-created, to hit our coasts.

This was the impression I clearly received from the Holy Spirit this morning. Nothing more...yet. I am continuing to pray about this hourly as I drive. And I am praying that if THIS is their strategy, to crate artificial tsunamis for the east coast (and possibly the west) then may His DIVINE power sabotage everything they need to pull this off, in Jesus' mighty Name.

The tsunami in Indonesia was artificially created for their evil purposes. The big banskters had to sweep away the little fishing villages, so they come then come in and rebuild their expensive hotels and other buildings to profit them financially.

The tsunami in Japan was artificially created by the Illuminati and banksters, according to BENJAMIN FULFORD, because of Japan's refusal to cooperate with them in financial matters. It was to "teach them a lesson."

Yes, the military has the capacity to create these monstrous and disastrous tsunamis, and earthquakes as well. And the NWO Illuminati use the military quite effectively to carry out their evil agendas worldwide.

No, I am NOT claiming to be "some great prophet of God" (as others have done) regarding this. I am just one more sincere Christian with many questions at this time, seeking God according to scriptural principles, and praying against Satan's dark agenda for our nation. 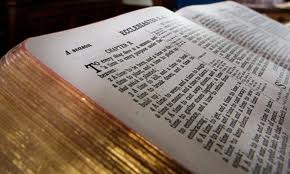 Furthermore, such events CAN BE STOPPED through intercessory prayer. I desperately want to understand what is going on and planned, because I care about my country and my fellow Americans. We all do. Because it's OUR future at stake!

Once full blown martial law comes down across this nation, look out. Christians will be persecuted as never before. Religious freedoms will be gone. It will be horror nationwide. And it will never be "America as we have known her" ever again.

Time will tell. BUT if an artificially created tsunami is planned for the east coast (or EITHER coast) this would explain WHY the Russian soldier told a girlfriend on the Internet that people better be 1500 feet above sea level when it all comes down...and she lived in FLORIDA. And IF a Russian soldier had foreknowledge of this coming potential TSUNAMI and flooding and being above 1500 feet, then this is PROOF that it is A PRE-PLANNED MILITARY CATASTROPHE!

In other words, A FALSE-FLAG BLACK OP!!!

I encourage all of you to pray and seek God and His wisdom and discernment about the things we face in America. ALL of our lives and futures are at stake. Keep seeking God and continue in prayer. If you live on coastal areas in the USA, pray for protection and for God in His mercy to cancel out what these Satan-driven murderers have planned for our nation, especially artificially created TSUNAMIS and EARTHQUAKES. (And who knows what ELSE these madmen have planned???)

Posted by Pamela Rae Schuffert at 9:55 AM