Victims ask WHERE is outcry from the International community???
http://beforeitsnews.com/middle-east/2013/09/obamas-rebels-dismember-live-girl-in-syria-2454178.html

Many Americans are wondering WHAT IS THIS ALL ABOUT with US intervention in SYRIA today? WHAT is the real hidden purpose behind all this?

Once again, it becomes apparent that the BANKSTERS are to blame for one more war that they profit directly from. The FEDERAL RESERVE is frequently behind such wars to topple foreign governments or regimes that REFUSE to come under their control of banking worldwide. And also, there are foreign interests involved as well, notably ISRAEL wanting desperately for America to get involved in yet another of her battles with her neighbors in the Middle East.

Read the excellent article below helping to explain what the WAR WITH SYRIA is REALLY ALL ABOUT.

ALSO, read to understand WHY THE "FALSE FLAG" NUKE SET-UP IN SC!!!
http://www.infowars.com/sen-graham-warns-of-nuke-strike-after-missing-nuke-report/

And read THIS for even MORE INSIGHT into" WHY SYRIA AT THIS TIME???"

And WHY THE BRUTALITY OF THE REBELS fighting in Syria? Answer will shock you:

WARNING: CIA Behind Syrian Chemical Attack For Israel, Terrorist Strikes In US Inevitable If Obama Strike
http://beforeitsnews.com/war-and-conflict/2013/09/warning-cia-behind-syrian-chemical-attack-for-israel-terrorist-strikes-in-us-inevitable-if-obama-strikes-2448484.html
by Debra Dupre, Before Its' NewsSaturday, September 7, 2013 4:1
(Before It's News) 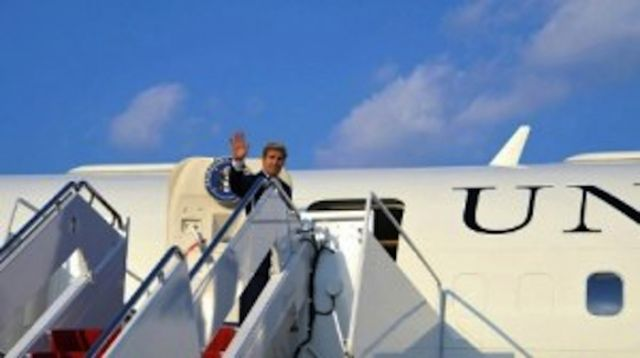 President Barack Obama was advised Friday by twelve former U.S. military and intelligence officials warning that his CIA director John Brennan is perpetrating a pre-Iraq-War-type fraud in which Sec. of State John Kerry is a possible co-conspirator, and retaliatory terrorist strikes on Americans are “inevitable” if Obama strikes Syria.


The officers warned Obama that intelligence upon which his “Official Syrian Story” is based is the CIA’s deliberate fraudulent intelligence, possibly a plausible denial trap, according to their letter published by Consortium News.

“CIA Director John Brennan is perpetrating a pre-Iraq-War-type fraud on members of Congress, the media, the public – and perhaps even you,” former military and intelligence officers told Obama in a letter Friday.
Obama received the letter with the subject heading, Is Syria a Trap? from the officers warning that retaliation in the form of terrorist strikes on Americans is inevitable if he strikes Syria.


“We regret to inform you that some of our former co-workers are telling us, categorically, that contrary to the claims of your administration, the most reliable intelligence shows that Bashar al-Assad was NOT responsible for the chemical incident that killed and injured Syrian civilians on August 21, and that British intelligence officials also know this,” the letter begins. “In writing this brief report, we choose to assume that you have not been fully informed because your advisers decided to afford you the opportunity for what is commonly known as ‘plausible denial’.”


Giving Obama benefit of the doubt, the officers say they saw the same thing during Bush’s presidency and do not want Obama falling for the same type of fraudulent intelligence.

“We have been down this road before – with President George W. Bush, to whom we addressed our first VIPS memorandum immediately after Colin Powell’s Feb. 5, 2003 U.N. speech, in which he peddled fraudulent ‘intelligence’ to support attacking Iraq.
They say they chose to give President Bush “benefit of the doubt, thinking he was being misled – or, at the least, very poorly advised.”


Sec. of State John Kerry, NSA James Clapper Named in Syrian Fraud
“That Secretary of State John Kerry would invoke Clapper’s name this week in Congressional testimony, in an apparent attempt to enhance the credibility of the four-page ‘Government Assessment‘ strikes us as odd,”the former officers told Obama. “The more so, since it was, for some unexplained reason, not Clapper but the White House that released the ‘assessment.’

“This is not a fine point. We know how these things are done. Although the ‘Government Assessment’ is being sold to the media as an ‘intelligence summary,’ it is a political, not an intelligence document. The drafters, massagers, and fixers avoided presenting essential detail. Moreover, they conceded upfront that, though they pinned “high confidence” on the assessment, it still fell “short of confirmation.”

The officers say in the letter that a “strong circumstantial case” exists that the August 21 chemical incident was a “pre-planned provocation by the Syrian opposition and its Saudi and Turkish supporters”aiming to create an incident that would bring the United States into the war.


“We are unaware of any reliable evidence that a Syrian military rocket capable of carrying a chemical agent was fired into the area. In fact, we are aware of no reliable physical evidence to support the claim that this was a result of a strike by a Syrian military unit with expertise in chemical weapons.” (Emphasis added)

Initial meetings between senior opposition military commanders and Qatari, Turkish and U.S. intelligence officials took place at the converted Turkish military garrison in Antakya, Hatay Province, now used as the command center and headquarters of the Free Syrian Army (FSA) and their foreign sponsors,” the letter reads.
Senior opposition commanders from Istanbul pre-briefed regional commanders on an imminent escalation in the fighting due to “a war-changing development,” that, in turn, would lead to a U.S.-led bombing of Syria, according to the officers’ letter.
“At operations coordinating meetings at Antakya, attended by senior Turkish, Qatari and U.S. intelligence officials as well as senior commanders of the Syrian opposition, the Syrians were told that the bombing would start in a few days. Opposition leaders were ordered to prepare their forces quickly to exploit the U.S. bombing, march into Damascus, and remove the Bashar al-Assad government.
“The Qatari and Turkish intelligence officials assured the Syrian regional commanders that they would be provided with plenty of weapons for the coming offensive. And they were.
“A weapons distribution operation unprecedented in scope began in all opposition camps on August 21-23. The weapons were distributed from storehouses controlled by Qatari and Turkish intelligence under the tight supervision of U.S. intelligence officers.
All for Israel
Cui Bono? In a word, “Israel.”
“Until now, it has not been quite as clear that the Netanyahu government in Israel has equally powerful incentive to get Washington more deeply engaged in yet another war in the area,” the letter reads. “But with outspoken urging coming from Israel and those Americans who lobby for Israeli interests, this priority Israeli objective is becoming crystal clear.”
This week, Press TV conducted an interview with Kevin Barrett, author and Middle East expert from Madison, about US Secretary of State John Kerry’s recent remarks, rehashing Washington’s baseless allegations that Syria had used chemical weapons against civilians, and Israel benefitting the most if Obama strikes Syria.

The twelve former officers have stated that retaliatory terrorist strikes on Americans in the United States is “inevitable” if Obama strikes Syria. (VN: What they mean is, that nuke unauthorized and removed from an airbase in North Carolina that ended up in South Carolina, will be used by the foreign occupiers of our nation in order to start that third world war they are unable to start using Syria.  Just ask yourself "How did a Syrian  get past the heaviest security in the world and steal a nuke?  He didn't.  Its an inside planned job because the PTB are desperate, since nothing is working. Israel is about as close as she has ever been to being the most isolated nation on the face of the planet.)

They told Obama, “We hope your advisers have warned you that retaliation for attacks on Syrian are not a matter of IF, but rather WHERE and WHEN. Retaliation is inevitable."

“For example, terrorist strikes on U.S. embassies and other installations are likely to make what happened to the U.S. ‘Mission’ in Benghazi on Sept. 11, 2012, look like a minor dust-up by comparison.  (VN: we will know who did it if there is any retaliation.  False flags are now a 3 meal a day diet.  Its so obvious that it will never work where the American people are concerned.)

They referred to a recent article by former Col. Ann Wright that addresses retaliation, Possible Consequences of a U.S. Military Attack on Syria – Remembering the U.S. Marine Barracks Destruction in Beirut, 1983.


http://vaticproject.blogspot.com/2013/09/warning-cia-behind-syrian-chemical.html
Posted by John MacHaffie at 10:25 AM

Posted by Pamela Rae Schuffert at 10:01 AM