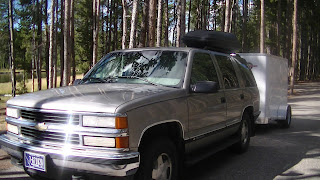 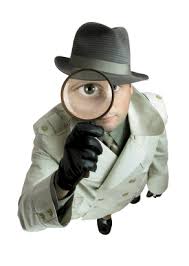 Well, folks, it's about time for EVERY AMERICAN to become a JUNIOR DETECTIVE! And the good news is, it doesn't cost a dime. Just turn to ALTERNATIVE NEWS JOURNALISM to get the facts, and throw out the window MAINSTREAM NEWS MEDIA. And then, use your brain. It is as simple as that.

Most Americans finally  realize that they are being lied to every single hour through mainstream news media. Thanks to alternative news media, more Americans understand the truth about FALSE FLAGS that the US government is notorious for pulling off, irregardless of how many innocent lives their reckless actions may cost. The US government is filled with HIDDEN AGENDAS like "triggering martial law and imposing the NWO upon American society through false flags."

And for many, including me, life has now become A GUESSING GAME. I am forced to become a "junior detective" or sleuth, to uncover the truth amidst the tangled web of lies and deceit that MSM spins to deceive the American people, as they commit their crimes against humanity with FALSE FLAG black (secret) operations.

Let's face it: honest Americans are ALL playing "the guessing game" by now. We see what is going on. We know in general what their NWO agenda is. We realize that millions of us face death in their detention camps under martial law. We know they are cold blooded murderers behind the NWO agenda, and that our lives aren't worth anything in their sight. We know the stage is being set for "the next BIG one" to go off, and that is why lots of us are sitting on the edge of our seats, finger nails becoming shorter daily, and spending LOTS more time in prayer as we glance nervously at our stash of food and ammo...and our loved ones as well.

Many people are now wondering, "so what DO they have planned for FEMA REGION NUMBER THREE this/next month???"

Will the disgusting "war against SYRIA" be used as a pretense for their secretly setting off massive detonations across America, falsely implicating their favorite scapegoats...AL CIA-duh, or any other terrorist group they conveniently pick? And of course then ushering in MARTIAL LAW regionally...or nationally???

What skulduggery the US government is up to, is now becoming one big "WHODUNIT" mystery all across America. And it's anyone's guess what these NWO madmen will pull off next to create CHAOS leading to MARTIAL LAW and their long-planned NEW WORLD OVER takeover of America.

Well, fellow detectives and sleuths of America, what do YOU think is coming next? Will it be major disaster in  "FEMA REGION THREE" September/October 2013...or is this a distraction from something ELSE these NWO crazies have planned???

Will the "war on Syria" be used to trigger major false flags in America, designed to lead to martial law as well?

The NWO gang has MANY "rabbits to pull out of the hat" they can use to trigger martial law, through many forms of false flags and black ops...even triggering earthquakes or creating weather disasters through PROJECT HAARP type frequencies. Or deadly chemical/biological agents they can spray over America, creating false "plagues" requiring quarantine and of course, sending people off to the FEMA camps.

If ever there were an hour wherein true CHRISTIAN PRAYER WARRIORS were needed for America, IT IS NOW! YOUR prayers are needed at this desperate time. Thank you, Christian intercessors across this nation, for being part of GOD'S ANSWER to the problems America now faces. 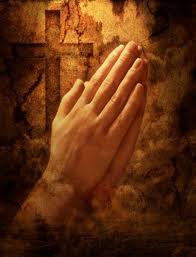 Keep reading and listening to ALTERNATIVE NEWS JOURNALISM. Always remembering that even in such website and broadcasts, you may have to sift through what is accurate and what may not be. Simply remain in JUNIOR DETECTIVE mode, and pray for wisdom and discernment from an Almighty God who remains "the God of ALL truth" and Who promises to lead us into all truth as we SEEK HIM FIRST.

And thank you for your prayers for me, this PRAYER JOURNEY, and for my brother's health.