Just the mere mention of the word causes fear and apprehension
in the hearts of many people...and rightly so.

It is everywhere here in the Arctic circle. Everywhere I turn here in Kotzebue, people are telling me of the tragedy of sick or dying relatives. An aunt who is sick with cancer. A father or mother dying of cancer. Not one person I talk to is exempt regarding afflicted family members. I want to weep continuously for these people, because this has reached tragic epidemic proportions throughout their villages. 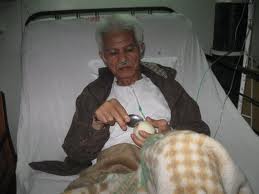 The reasons are manifold. Here in the Arctic circle of Alaska on the coast they are surrounded with a toxic ocean filled with deadly industrial waste from many nations. The swirling ocean currents have carried them up here for decades now.

Modern industrial  and military pollutants, and toxic effluent laden with industrial and household cleaning chemicals and incompletely metabolized pharmaceuticals plus chemical/pesticides runoff from agriculture originating from Russia, China, Europe and North America are all here, forming a lethal concoction that has thoroughly poisoned their food chain they have relied on for centuries. 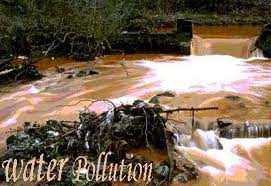 The whales, seals, fish and polar bears they rely on for food and warm clothing are now filled deadly ocean toxins that are found throughout the Arctic food chain. Many of these animals also are sick and some are dying. Muktuuq, seal oil, fish of many kinds, their favorite native foods for thousands of years have all been adversely affected, possibly forever.

So much for the "blessings" of the modern industrialized society of today. 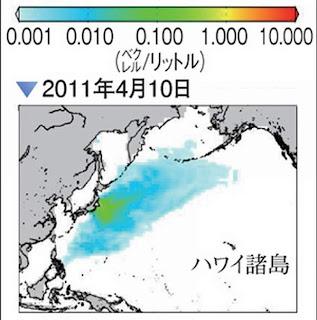 Radioactive water from Japan to Alaska

Through air currents this deadly radiation is being carried to disperse through rain and snow onto the land here in Alaska and is now slowly affecting land-based vital food chains as well. With radiation falling on land and lakes and rivers now, the land mammals are all being affected. This fish who live in these waterways are also affected adversely, as well as animals who feed on these fish. 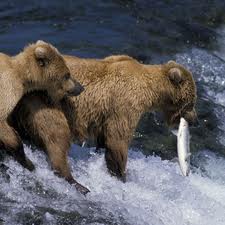 The wild plants which land-based mammals subsist on have been polluted by radioactive toxic rain or snow. The streams, lakes and creeks these animals drink from are now being continually polluted by ongoing radiation released from Fukushima. The moose, caribou, Arctic hare and other animals typically consumed for food by the Inupiaq are now slowly becoming toxic. The wild berries that the Natives and bears mutually rely on for food are being affected as well. 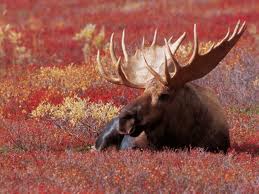 The water that people drink and bathe in here has also been affected by Fukushima radiation. Kotzebue relies on water running from nearby mountains, whether through melting snow or rainfall.Poor quality water to begin with (ranked among the lowest 25 percentile in the nation) the water quality now is further compromised by radioactive particles. These particles can and do cause CANCER especially when ingested through drinking water or when such water is used in food preparation. The skin can also absorb this radioactive health hazard through showering and bathing, even washing hands or dishes. What about particles retained in clothing after laundering? Infant formula prepared with contaminated water also puts children at greater risk.
I originally came here to Alaska to help my friend Lisa, who flies bi-weekly to Native villages as a special trainer in village clinics under MANIILAQ health care of Kotzebue. I take care of her children when she is gone. Lisa has personally expressed to me her great concern over the high rates of cancer she is encountering, more recently in Point Hope. 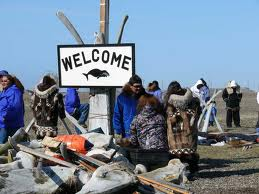 There are very high rates of cancer in Point Hope. One of the reasons is because of intrusive and outrageous US government and military testing using radioactive materials planted in various locations of that region. This government brazenly used these people as human guina pigs for testing. Here is one shocking report admitting USGS experiments in the Point Hope region:
***********

In his report on the Project Chariot, Douglas Vandegraft (1993) stated that "The scientists had used Iodine 131, Strontium 85, and Cesium 137 which were not permitted according to the USGS license, and the quantities of radioactive isotopes buried in the mound were larger than permitted - perhaps as much as 1,000 times more strontium and cesium as allowed by federal regulations. Also, the BLM permit to the AEC did not allow the use of radioactive materials."

When questioned about this, Arthur Baker, acting Director of the USGS in Washington, D.C., responded that the radioactive material had been dispersed to harmless background levels, and "the extreme cold coupled with the permafrost in the area causes disturbed ground to freeze solid early in the winter and to remain frozen...It is our opinion that...this material does not constitute a hazard."

(More government lies and cover-up. Their "opinion" is not supported by painful reality.-PRS)

In 1992, Dan O'Neill, a researcher at the University of Alaska, learned about this burial from recently declassified Department of Energy documents. Shortly thereafter, the burial mound was excavated. At the two foot level, radiation counters detected low levels of radiation.

At this point, Inupiat leaders from Point Hope and the North Slope Borough demanded immediate action to remove radioactive materials from the site. Native residents of Point Hope were particularly angry - in part because that village had experienced a high rate of cancer related deaths in the past 30 years...

http://arcticcircleuconn.edu/SEEJ/part2.html
*************
And who could dare blame these dear people for their outrage? I am personally angered by all my research has uncovered, on behalf of these Inupiaq who have suffered so tragically because of all of this.

In closing, the question must be asked, "WHAT can be done practically to help alleviate such sufferings of the Native peoples in this region, due to modern health issues caused by ocean toxins, and now compounded by radiation from Fukushima?"

Taking precautions that include modification of DIET is very important. We ARE what we EAT/DRINK. I deeply respect tribal customs and traditions of the Native indigenous peoples of North America. This includes their traditions of hunting and fishing to live off the land as they have done for centuries. I respect their cherished Native food customs which include muktuuq (whale blubber), seal oil and other favorite foods derived from the ocean.

However it appears that the very SURVIVAL of the Inupiaq as a people and culture may depend upon willingness to change diet and consumption practices and adapt to the health crisis they now must face. The ocean surrounding their lives and culture has sadly become TOXIC with modern industry and harmful waste disposal practices polluting it for decades. 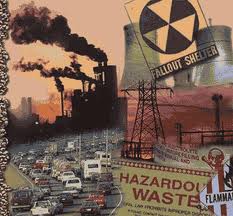 Living here now, I am personally confronted with this health crisis daily. I take health precautions that include:

-Drinking only quality bottled water. In fact, this is what I use for daily bathing and personal hygiene requirements including hair and teeth care.

I have been compelled to become more vegetarian/organic inclined than ever before. My daily diet consists primarily of rice and beans and oats/whole grains, raw fruits and vegetables and related foods, preferably organic when possible. Many food items must be ordered off the Internet and are not locally available...but this usually proves much cheaper than flying to Anchorage or going to the local grocery store (prices are very high here.)

However, vegetarian foods are readily available in local food stores in the villages here, as well as bottled water.

This is the only way to avoid health hazards from local food and water supplies. 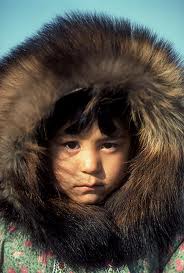 Pray for these precious and ancient tribal people, the Inupiaq and related tribes here, whose very existence is being threatened by the  modern dangers of toxic ocean pollution coupled with ongoing radiation from the crippled Fukushima nuclear power plant in Japan. Pray also for divine acts of Biblical healing miracles to manifest among these people through intensified Christian prayer. Because, yes, God truly loves and cares.


And so should we. 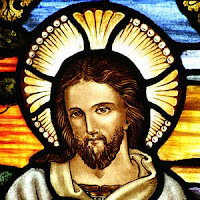