"Martial Law? Not to Worry-We'll Be 'Raptured OUT' First!"

WRONG.
THE  LEGISLATION ESSENTIALLY PLACING AMERICA UNDER PEACETIME MARTIAL LAW HAS RECENTLY BEEN SIGNED, AND YOU CHRISTIANS ARE STILL HERE.
AND SO AM I.
http://www.huffingtonpost.com/jim-garrison/martial-law-under-another_b_1370819.html
http://nation.foxnews.com/president-obama/2012/03/19/obamas-executive-order-authorizes-peacetime-martial-law
******************************************﻿
Oh, how the Illuminati loves to use "THE RAPTURE" gimmick to cause Christians to sink back into a false sense of  "peace and safety." Even when all the warning signals are in plain sight. It only works to the NWO Communists' advantage, whenever Christians in North America can be lured into believing that, before they can suffer even the loss of a hangnail for Jesus' sake, they will be "quicky RAPTURED OUT."

(Oh, you didn't know that America's pulpits are filled with deceivers like Illuminati and CIA "false pastor" plants in our churches, pushing false doctrines like this to keep them off guard until that time when the TRUTH finally becomes apparent, but it will be TOO LATE TO PREPARE!)

Such Christians make little or no preparation to face the future trials and tribulations that I have painstakingly outlined will come at that time in North America. Great persecutions and temptations are coming to the committed Christians under a state of martial law. Martyrdom for His sake is also coming to Christians in North America.

Never mind that tens of millions of Christians in OTHER countries have suffered great persecutions and martyrdom in this past century, and THEY weren't "RAPTURED OUT."

Never mind that that there is NOT ONE SINGLE BIBLE VERSE that can be used to conclusively prove that "JESUS IS GONNA COME AND TAKE US OUTTA HERE JUST IN TIME!" You mean, He somehow has to come in YOUR time and when YOU want Him to come? Where does the Bible teach this? It does not.

Such Christians have looked at me with glazed eyes when I tried to patiently explain to them what is planned for our nation, not even really listening, and then stating to me in so many words, "We don't have to worry...Jesus is gonna rapture us out...don't talk to me about this because I DON'T HAVE TO WORRY!" 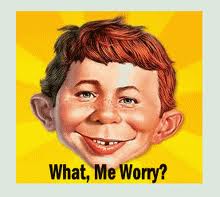 I was to hear this message repeated, like the proverbial  broken record, again...and again...and again, in churches all across America. And my heart would break for these naive and frankly foolish people so out of touch with reality and what the Bible REALLY has to say about Christians, end time persecution, and His coming. They simply are not prepared spiritually nor practically for what we shall soon face!

In fact the Bible clearly states that NO MAN KNOWS THE DAY OR HOUR OF HIS COMING or when "the Lord Himself shall descend with a shout, the dead in Christ shall rise, and we who alive shall be caught up in the air..."...not even the Son Jesus Christ...but ONLY God the Father! 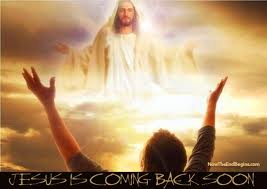 "No one knows when that day or hour will come. Even the angels in heaven and the Son don't know. Only the Father knows." Matthew 24:36

Christians in North America need to learn a sad but important lesson from what the Christians in China painfully learned.The following account was shared during Chapel Hour at my Bible college many years ago by a missionary to China. I never forgot it.

The speaker shared how, prior to the victory of Mao and the Chinese communists in 1949, the Christians throughout China were becoming increasingly concerned and nervous. From observing decades of Communist persecution in neighboring Russia, they knew what kind of persecution they could expect from the Chinese Communists struggling to control China.

The speaker shared with us that when such Christians went to their pastors for counsel and reassurance over their fears, they were repeatedly told by many Chinese pastors,

"Oh, don't worry! BEFORE the Communists can come to power or persecute you, YOU WILL BE RAPTURED!" 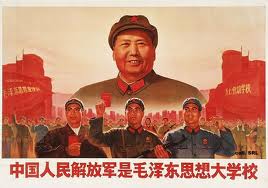 But in fact when the Chinese Communists came to power in 1949, NO RAPTURE HAD TAKEN THE CHINESE CHURCH OUT.

And soon, Chinese Christians and their pastors began to be arrested and cast into prison. Many were starved, tortured and beaten for their faith. And many were brutally murdered by the Communists. 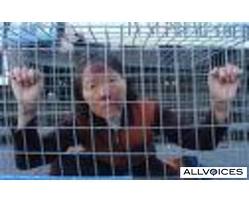 This speaker revealed that as a result of this false rapture teaching, many Chinese Christians turned from Jesus and fell away. They cursed God and their pastors from their prison cells, crying out,
"PASTOR...WHY DIDN'T YOU WARN US THIS WAS COMING...WHY DIDN'T YOU PREPARE US FOR PERSECUTION? YOU TOLD US WE WOULD BE RAPTURED!"
But in fact, no "quicky rapture" came, when they were reassured by their pastors that it would. Disillusioned, many turned away from their faith, denied Jesus and perished eternally as a result. And this is precisely what the Communists want to happen to Christians under their persecutions.
This is exactly what the NWO Communists want to happen to Christians in North America under martial as well. 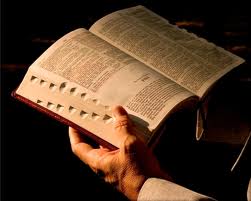 We American Christians must be willing to learn from both proper application of Bible Scriptures regarding His coming, and lessons from Christians who have gone before us. Jesus Christ warned us of what Christians would face world wide for their faith immediately prior to His coming:

4Jesus answered: “Watch out that no one deceives you. 5For many will come in my name, claiming, ‘I am the Christ,a’ and will deceive many. 6You will hear of wars and rumors of wars, but see to it that you are not alarmed. Such things must happen, but the end is still to come. 7Nation will rise against nation, and kingdom against kingdom. There will be famines and earthquakes in various places. 8All these are the beginning of birth pains.

Note that Jesus says, "...but he who stands firm to the END shall be saved." Not "he that is RAPTURED OUT" BUT whoever endures to the end.
Christians must learn to patiently ENDURE in times of tribulation and testing. We can learn from Chinese Christians, that Jesus Christ will not necessarily come when we want Him to.
Now, Christians throughout North American, have you finally been jolted out of DENIAL, and  are you realistically preparing yourselves and your families for the times of testing we all must face soon in our nation?