US MILITARY MOTIVE CLEAR: PHILIPPINES PREVIOUSLY SAID "NO" TO MORE US MILITARY BASES, BUT NOW SAYING "YES" TO ENTRY OF US MILITARY AFTER TYPHOON HAIYAN DEVASTATION 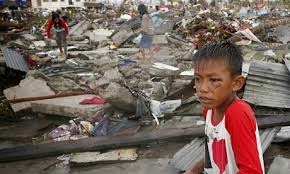 As I write this article, I am feeling sickened and overwhelmed after reading articles by reliable investigative sources that believe they have linked the recent typhoon Haiyan, bringing devastation and death to the Philippines, with advanced military technology involving artificial "weather modification." 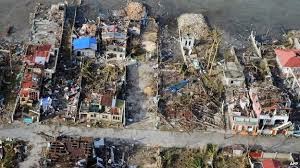 The evidence he presents is credible and vast, and disturbing to the mind as well. For IF this typhoon is the result of advanced US military technology...and if THIS is how far they are willing to go to accomplish the greedy and ever-expansive military goals of the US...then how can there be any restraint limiting the extent they are permitted to go in the future?

AND WHAT ARE THEY CAPABLE OF INFLICTING UPON THE AMERICAN PEOPLE AS WELL IN ORDER TO TRIGGER MARTIAL LAW???

Quite apparently, the value of human life and possessions has become meaningless now to those in control of such advanced military technology. And those whose agenda they are fulfilling through such destructive means obviously do not care about the value human life as well. 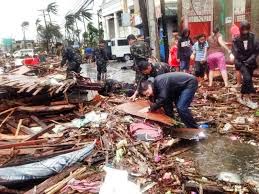 Recent death counts  indicate that over 5,000 people have died, and the death toll can rise to much higher as time goes on. Already people are being adversely affected by the lack of clean water, food and shelters. Countless homes and businesses have been destroyed by this typhoon.

Looting following this disaster has stripped stores of all food and water and other supplies essential for survival in the aftermath of this tragedy. Medical supplies are in huge demand, and largely lacking for the majority of those injured.

Apparently the US military and government does not care about the cost to human life, measured in human suffering, trauma, injuries and deaths. Seemingly, all that matters is that America gets what she wants from the rest of the world, and innocent victims be damned. Is this the kind of brutal, iron-fisted and merciless foreign policy that concerned Americans expect from their government and military??? Is this what conscientious Americans want? The answer is NO.

Please take the time to read the links I have posted to better understand the deadly nature of 21st century advanced military technology and it's terrible dangers it presents to mankind, and America as well. This kind of technology, now being used against other nations for their questionable goals, can will someday be used against the American people as well. Mark my words.... 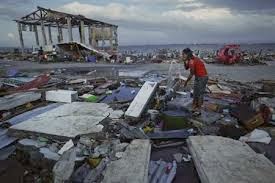 Please pray for the hapless victims of this terrible tragedy. And as usual, it is the helpless children, the elderly and the ill that are victimized the most by such crimes against humanity. Just like in IRAQ, and AFGHANISTAN, and PAKISTAN, and other nations wherein US war crimes are being regularly committed as well.

PRAY for the many Muslims affected, to turn to God through Jesus Christ for salvation and help at last. The Philippines have become infamous for their Muslim murdering of Christians continually throughout their islands. Christians are often heavily persecuted by Muslims in the Philippines, including churches destroyed and Christians beheaded. 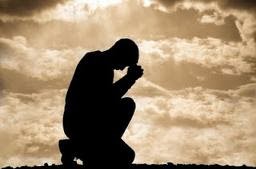 And if this be the case, can America's judgment be that far behind...??? With this nation's many sins and darkness in many ways, will not a just and holy God allow whatever it takes to bring the lost to brokenness and salvation...and to finally judge the unrepentant as well???

May God move many victims in the Philippines to turn to Jesus Christ in their hour of tragedy and sorrow, and may they find forgiveness, help and peace at last through the Man of Sorrows, Who understands their sufferings and Who cares.

PRAY for the Christian workers throughout the Philippines, who are valiantly risking their lives in the storm's grim aftermath, to bring relief and comfort and urgently needed supplies to the victims, in Jesus' name. 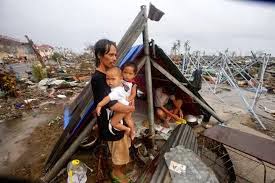