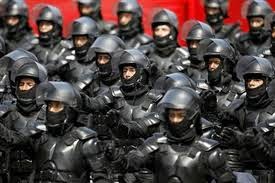 I just received the following email from a reader today, and am reposting this for your information. Info like this is coming from all across America, and can only continue to indicate that a STATE OF MARTIAL LAW is being anticipated soon.
BE PREPARED.

Hi Pamela,    I just read the information you posted on the WNC area.

I will add to your concern by telling you what I saw last Sunday (Sept. 30) night at around 10:30 in the Waynesville, NC, Walmart.

First, as my husband and I were turning into the parking area, we noticed several very large military type trucks with rafts on them marked only as Charlotte Rescue. 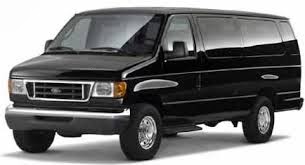 We parked and noticed 8 or more black vans (totally black church type) with several men dressed in all black standing around them.

We went in Walmart and saw groups of men again in all black (at least 80 to 120 in number) so I walked near and around several of the groups and to my surprise I heard foreign accents.

My husband asked one of the guys what they were doing and the reply (in a foreign accent) was they were rescue practicing on the Nantahala on Monday. 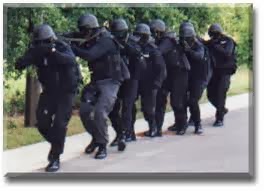 These guys were stone-faced, made no eye contact, no smiles.... these were not guys from over in Charlotte just up for a simple "rescue" type outing!

Now with the shutdown, there's no telling what is "really" going on!!!
Over the last few months strange events have been swirling about the rumor mill, but I saw and heard the above with my own eyes and ears.       Thank you kindly for your absence of fear,  Kelly
Posted by Pamela Rae Schuffert at 10:47 AM