THE U.S. GOVERNMENT IS LYING TO THE WORLD
ABOUT THE FEMA CAMPS IN NORTH AMERICA! 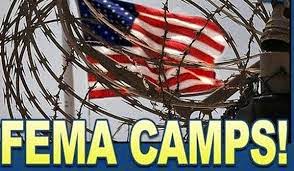 TELEVISION SPECIAL BROADCAST IN THE UK PROCLAIMS THAT "FEMA CAMPS WILL BE SAFE HAVEN OF REFUGE FOR AMERICANS" UNDER MARTIAL LAW.

THIS IS A LIE! 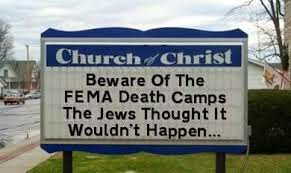 I was shocked to receive an explosive email from a close friend of mine in the UK, living near London. In that email he stated, "Well, Pam, I just watched a special on television here about FEMA camps in America. Looks like if you have any problems, you will find a nice safe refuge if disaster comes to America IN THE FEMA CAMPS..."

Horrified, I shot back a response to him by email. I explained to John that FEMA/DHS camps will be used to detain and terminate Americans on various lists for arrest and removal from mainstream society under MARTIAL LAW or a state of national disaster. 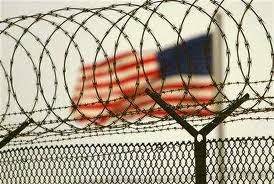 FEMA/DHS CAMPS will be used much as Hitler used the concentraion camps in Germany, ans as the bloody Bolsheviks used the horrific GULAG prison camps system. Both used the feared  camps as a way to get rid of political and religious opponents of their police state regimes under Nazi fascism and Bolshevik communism.

I state without apology what was shared with me by my military and intelligence insiders that I interviewed personally throughout the years. I was emphatically told by one respected former CIA source, Michael Maholy, (formerly interviewed by Rodney Stich for his publication "Defrauding America") that the FEMA/DHS CAMPS WILL BE USED TO TERMINATE THE FUTURE RESISTERS OF THE NWO AS IT CAME DOWN IN AMERICA UNDER MARTIAL LAW.

He did NOT say, "detain," but TERMINATE. How could I ever forget those words??? 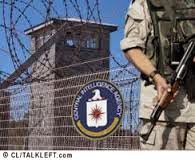 For many years now, the truth about FEMA RED/BLUE pick-up lists have been available. The revelations of EDWARD SNOWDEN confirm the the US government has been secretly spying on the American people for many years. One of the reasons, is to determine exactly WHO in America is FOR or AGAINST a planned NWO (communist-patterned) takeover of America under MARTIAL LAW. 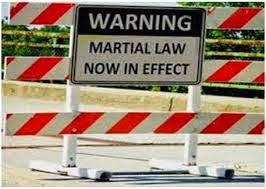 The NWO advocating elements of the US government and various agencies(DHS, NSA, etc.) have been looking for  people who are percieved to be against their NWO agenda for AMERICA'S FUTURE: Constitutionalists, Patriotic Americans, legal gun owners, soverieign citizens, fundamentalist Christians, home schoolers, etc. 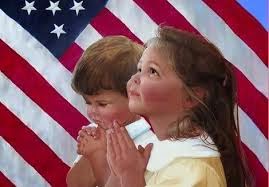 Of course, every true American knows that such people compose the backbone of the Republic, and that the original founders of America were composed of such good people as well.

This indicates clearly the COMMUNIST (or Fascist) NATURE OF THE COMING POLICE STATE. The kinds of people listed by DHS as "potential terrorists" CLEARLY RESEMBLES A COMMUNIST HIT LIST!

And so, such good people who have long formed the backbone of American society, are now being watched and labeled as criminals and potential terrorists. This is EXACTLY what the Communists throughout the years as they took over various nations. 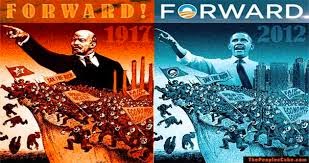 Whenever Communists take over a nation, they immediately round up THE CHRISTIANS to eliminate their influence and power. They are cruelly sent to detention camps, typically for brutal torture and death.Simply study the history of the Bolshevik Revolution in Russia and what happened to Christians immediately. Churches were seized and destroyed or turned into government offices.

Christians were arrested by the Communists, imprisoned, sent to detention camps, and often cruelly raped, tortured and then killed. You can read of this happening today in North Korea and China, in fact. The horrors that Christians experience in countries like this, often defy belief. BUT IT IS HAPPENING TODAY!

This is the kind of agenda the NWO has for America, and for her Christians as well, unfortunately.

I was warned of the hostile, anti-Christian nature of the NWO many times, from former planners of this agenda for America.

One CIA source, Elaine Knost, the subject of several books in Christian bookstores exposing satanism in America, warned me in her home one day about what was to come in America. While a powerful satanist leader in North America for 18 years, Elaine was also hired by the CIA as an assassin. And from INSIDE THE CIA she learned all about the NWO agenda, as BUSH SR. ("Mr. NWO") was the director at that time. 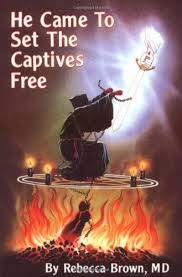 Book in which Elaine's testimony was published earlier.

I discovered that the CIA frequently hires satanists as assassins and assassin teams, because of their ruthlessness and willingness to kill without conscience. I have several friends who were former satanist assassins for the CIA, now totally repentant over their past and Christians saved by grace, who have shared their testimonies with me.

Elaine explained that the NWO was considered Satan's kingdom, manifested on earth, among other things. And that the Christians would be arrested in America and cruelly terminated in the detention camps across America under martial law.

"The NEW WORLD ORDER is satan's kingdom on earth, and we the satanists are the backbone of the NWO. And this is why the Christians in America have to go ! We knew they would never accept our world government under Satan..."

When I heard this, I remarked, "Well, if it is the SATANISTS (Illuminati) behind the NWO, then it won't be a very easy death for the Christians in America, will it?" She looked at me with deep intensity, her eyes burning into mine, as a person who knew the dark truth from the inside.

"You got that right...I tell you, it will be brutal RAPE, TORTURE and DEATH once they get their hands on the Christians and begin to arrest them AND TAKE THEM TO THE CAMPS UNDER MARTIAL LAW IN AMERICA."

This is exactly what satanists do to victims once they abduct them for sacrifice, in fact. I have documented this in my previous publications, including SATANISM IN AMERICA TODAY and my online reports as well. 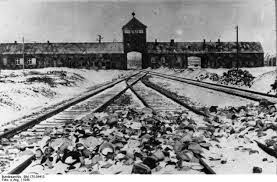 None of this should totally surprising. This is also exactly what happened under Communist revolutions and Nazi fascist dictatorships. BOTH were inspired by the Illuminati, and funded by the Illuminati bankers as well. Although many working for the Communist or Nazi goals never realized it, at the highest levels were actual Illuminati/Satanists pushing for their ONE WORLD GOVERNMENT UNDER LUCIFER.

This is what happens when the Word of God is ignored and trampled upon, just as what is happening in America today.

When all restraint of the commandments of the Word of God are cast off, corrupt mankind then become maniacs and murderers capable of committing anything against their fellow man. This has happened BEFORE, and it WILL happen again...this time on America soil.

THE MANY HORRORS OR BRUTAL RAPE, TORTURE AND DEATH THAT ARE DOCUMENTED TO HAVE OCCURRED AT GUANTANAMO BAY AND ABU GHRAIB REMAIN GRAPHIC PROOF OF WHAT CAN HAPPEN TO PEOPLE DESIGNATED "POTENTIAL TERRORISTS" OR "ENEMIES OF THE STATE" BY THE US GOVERNMENT TODAY! 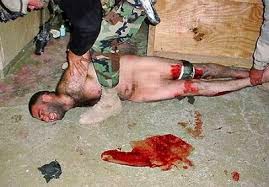 How many US military forces have  been hardened and trained in the art of torture, sexual abuse and brutal interrogation tactics by now, who have worked in such prisons and detention facilities??? It is exactly this kind of hardened military soldier that the US military will place in charge of FEMA/DHS detention camps in America under martial law. 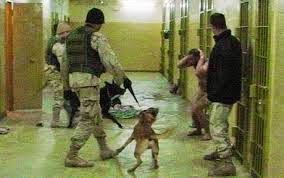 This is exactly what the Communists did and the Nazis as well. They placed cruel and hardened directors over their gulags and concentration camps...people who had no problem with brutal rape, torture and death of their victims. So please don't deceive yourself into thinking "it can't happen HERE" because IT ALREADY HAS and is going on TODAY with American military forces in charge of such prisons and operations.

I suspected long ago that the US government would decide to create and broadcast lying propaganda abroad, including in the UK and EU countries, about THE FEMA/DHS CAMPS IN AMERICA. They realize they MUST throw off suspicion regarding the TERRIBLE TRUTH about how Americans will be treated in the FEMA camps in the future. 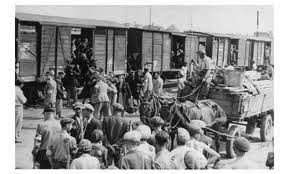 This is exactly what the Nazis did during WW II. They filmed propaganda documentaries about "how well the prisoners were treated" at their concentration camps, deliberately sanitizing various facilities, and temporarily fattening up prisoners for such deceptive filming. THEY DID NOT WANT THE REST OF THE WORLD TO KNOW THE TRUTH ABOUT THE HIDDEN HORRORS OF CONCENTRATION CAMPS.

And the same thing is HAPPENING RIGHT NOW. The world is being deceived by US government/military propaganda films that is being broadcast in place like the UK presently, as my friend near London, England, revealed. 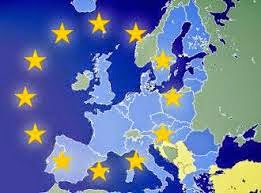 My EU and international readers, I beseech you to not believe these lies, and to instead pray for Americans and the many horrors they will face in these terrible detention camps in America's future. Christians will especially be persecuted in these camps, and tempted to deny their faith, or DIE.

DO NOT BELIEVE THE US GOVERNMENT PROPAGANDA ABOUT THE FEMA CAMPS! 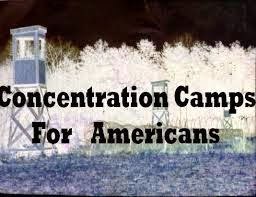 An AMERICAN HOLOCAUST IS COMING

And as one of America's true WATCHMEN ON THE WALLS, I will continue to send for the warning, until my words are forever silenced in this world. To quote Holocaust survivor Elie Weisel, "We MUST take sides. Neutrality helps the oppressor, never the victim. Silence encourages the tormentor, never the tormented."

As the plans of the coming persecution of the Church and Patriotic Americans continue to be formed by the NWO agenda for America, I will NEVER BE SILENT, not when Almighty God has called me to SOUND THE ALARM for His people.

So many people from around the world email me to say they appreciate my reporting
and the hard work and danger I expose myself to in performing this reporting on behalf of others. But I need SUPPORT to continue this important work!

Thank you for showing that you care and appreciate my work, free of charge,
for YOU.
Posted by Pamela Rae Schuffert at 11:40 AM