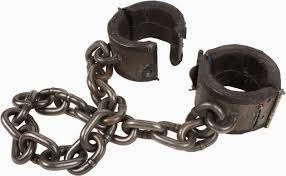 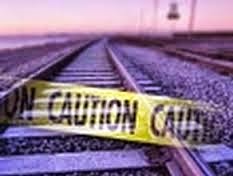 5/3/2015
A reader from the Fort Hood, Texas, region just contacted me and informed me that PRISONER BOXCARS HAVE BEEN SEEN MOVING IN THAT REGION! HE ASKED ME "WHAT DO YOU KNOW ABOUT FORT HOOD?"

MY REPLY IS THIS: WHEN I INTERVIEWED STAFF SERGEANT DONNIE BOYSEL OF FORT LEWIS, WASHINGTON, IN FULL UNIFORM, HE ADMITTED HE WAS TRAINING HIS MEN AT FORT LEWIS IN HOW TO OPERATE THE MODERN MILITARY GUILLOTINES. HE ALSO ADMITTED HE WOULD BE GOING TO FORT HOOD, TEXAS FOR SPECIAL "BLACK OPS TRAINING" FIRST.

FORT HOOD, TEXAS IS FULLY ONBOARD

The following info clip is sourced from a recent Dave Hodges report:

(From A Texas Ranger to Dave Hodges, COMMON SENSE show)

"...Let me drop a bombshell that I have not seen you address. There are trains moving throughout Texas that have shackles inside some of the cars. I have not personally seen them, but I know personnel that have seen this."
"This indicates that these trains will be used to transport prisoners of some sort. I know from reading your articles that your default belief will be that these are for American political prisoners and will be transported to FEMA detention camps of some sort."
"We have been told by Homeland that these trains are slated for transporting 'captured terrorists, non-domestic.' [ha! ] We are not sure we can trust this explanation because Homeland is keeping a lot from us and we are growing increasingly uncomfortable with their presence in Texas."

I know all about PRISONER BOXCARS WITH SHACKLES and the modern military guillotines installed in many units, prepositioned across America for the HOUR OF MARTIAL LAW and massive arrests of Americans INNOCENT BY ALL PREVIOUS LAWS, but who have been secretly classified as "potential terrorists" by FEMA/DHS.
Such hapless Americans include: Constitutionalists, Patriots, gun owners, pro-life advocates, Christian fundamentalists, and more. ALL of these types suggest this is a COMMUNIST-patterned  hit list, attacking and falsely impugning the same kinds of people as were persecuted under Communism in Russia.
No other NWO researcher has traveled, researched and reported as thoroughly as I have on these heinous prisoner boxcars with shackles, reminiscent of the horrors of Bolsheviks and their prisoner trains to the GULAGS, or Hitler's deathtrains to the camps.
I KNOW WHERE THE PRISONER BOXCARS WITH SHACKLES ORIGINATED IN TEXAS. GUNDERSON INC. (Jewish owned) was awarded a huge government contract previously to manufacture approximately 102,000 prisoner boxcars with shackles in PORTLAND, OREGON, according to lecturer PHIL SCHNEIDER (later murdered by the US government for talking too much.)
When I was invited to speak about this in the home of one family whose husband was a VIP there at GUNDERSON INC., the wife admitted it was all true and THEN SHARED HOW GUNDERSON HAD ANOTHER FACTORY IN TEXAS, MANUFACTURING PRISONER BOXCARS WITH SHACKLES THERE AS WELL.
Col. Jim Ammerman, a personal friend, lived in Dallas, TX at that time. I called him to share this, and he said, "Yes...I KNOW they are manufacturing PRISONER BOXCARS WITH SHACKLES HERE IN TEXAS! A friend who is a metal welder called me and shared how he went to apply for a WELDING JOB here, and he immediately REFUSED THE JOB and walked out WHEN HE WAS TOLD IT WOULD BE WELDING PRISONER SHACKLES INTO BOXCARS!"
Sources that I have interviewed throughout the years, too numerous to mention, including CIA and US MILITARY, all confirmed TO ME PERSONALLY that the main purpose of PRISONER BOXCARS WITH SHACKLES was to HAUL AMERICANS TO THE FEMA/DHS CAMPS UNDER MARTIAL LAW.

And that many prisoners will even be KILLED RIGHT IN THE BOXCARS before they ever reach the camps, as one former US Marine drill sergeant told me in Bozeman, MT.
And of COURSE, DHS is lying through their rotten NWO teeth to the American people, when they seek to falsely reassure Americans that "they will only be used for 'non-domestic terrorists.'

Hey! "WE THE PEOPLE" who love our freedom and hate the NWO agenda for America, are ALL listed as "potential terrorists" by the traitorous PTB!

Trust me...trust the many ex-CIA and military sources who have leaked this out steadily to America...THESE PRISONER BOXCARS WERE PRIMARILY MANUFACTURED FOR THE DEMISE OF THE AMERICAN PATRIOT AND THE CHRISTIANS AND CONSTITUTIONALISTS AND ALL OTHER PERCIEVED "RESISTERS OF THE NEW WORLD ORDER" AGENDA FOR "AMERIKA"!

TODAY IT MAY BE TEXAS...AND TOMORROW IT MAY BE YOUR STATE AND REGION!!! What they do to fellow Americans in ONE state,
THEY DO TO ALL AMERICANS! 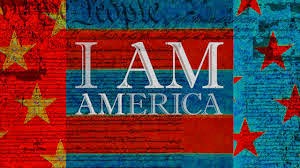 WATCH AND PRAY AND PREPARE...
AND BEWARE OF
LYING GOVERNMENT PROPAGANDA
MEANT TO DECEIVE YOU.

And remember as you read the following article: the US military and the CIA raised up, trained and armed ISIS for mercenary forces and hegemony/regime change agendas in the Middle East, and many articles prove. So guess who is leading ISIS in this...all for a martial law agenda!

SO when CNN ( "Controlled Network News") tells us that the government/military are preparing in Texas for "ISIS to come up over the Texas border and that's why the prisoner boxcars are also there in Texas, yada yada..." simply remember just WHO has been bankrolling, arming, training and USING ISIS STEADILY in the Middle East.

You can send much needed support to my mailing address below. I am still struggling to take care of Sylvia Ferrare with her cancer health issues, and the many vitamins/supplements and specialized organic foods needed to battle stage 4 pancreatic cancer is VERY costly. WE HAVE FINALLY RUN OUT OF HER VITAMINS SUPPLY  AT THIS TIME.  Without proper supplements, she becomes very weak. Sylvia cannot work yet, and taking care of her IS my job, and neither of us receive any pay for this.

She cannot survive without MY help, and YOURS at this crucial time. Thank you so much for caring!-Pamela Rae