This article is being written in regards to journalist David Chase Taylor's article (posted below this) assessing false-flag terror threats regarding potential abortion clinic bombings, and the government then deliberately (and inaccurately) blaming Christian pro-lifers as the culprits.

The investigative research of David Chase Taylor is absolutely amazing, accurate and incredible. I personally credit this man as helping to actually prevent martial law and everything I have ever warned is to come to America, by his riveting book NUCLEAR BIBLE exposing government black ops designed to trigger martial law in 2011.

I was personally a part of intense Christian pro-life operations from 1988 through 1992, all across America. I worked successfully with OPERATION RESCUE and LAMBS OF CHRIST. 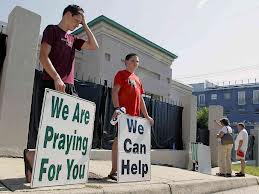 I was arrested numerous times for peaceful and non-violent pro-life rescues in which abortion clinics were closed down, preventing abortions that day and also providing opportunity for our Christian counselors to encounter the women seeking abortions the days we closed the clinics down. Thousands of my fellow Christian pro-lifers were also arrested as well for peaceful protests.

And countless unborn babies were rescued from abortion as well. Yes, our actions bore wonderful fruit all across America. Mothers' hearts were convicted and changed, and unborn children were spared the horrors of death by abortion. I am proud of committed Christian pro-lifers and the lives they have peacefully saved throughout the years. 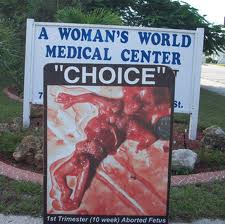 During those four intense years, NOT ONCE did I ever encounter any Christian pro-lifers who suggested we ever BOMB abortion clinics, or attack or kill abortion providers. And I interacted with pro-life people from across this nation.

Yes, there WERE  a few people on the fringe who DID advocate such activities, such as Michael Bray, but the vast majority of us Christian pro-lifers did NOT agree with them, and I personally maintained a safe distance from those who advocated murder and violence to stop abortion.

Quite honestly, the first thing I think of when I encounter someone claiming to be "a Christian" who advocates killing abortionists or "bombing clinics," is "government infiltrator" or "agent provocateur".

Such people are created by the Feds to suck out of the woodwork and lure those who just MIGHT be interested in doing something like this, into their trap. They then entangle them in such an operation, and THEN the Feds move in to arrest hapless people caught in such webs of entrapment. 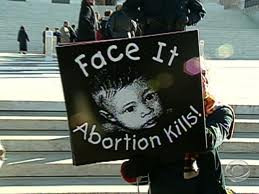 (And NO, Eric Rudolph never bombed an abortion clinic: he was falsely framed for government/FBI black ops, and became one more victim of such despicable tactics for their hidden agendas.)

My personal beliefs are that Jesus Christ died for the salvation of ALL sinners, and that includes THE ABORTIONISTS. Yes, they are sinners. Yes, they are murderers. Yes, they ALL face eternal judgment and damnation in the sight of Almighty God.

But Jesus died for their sins to be forgiven as well.

God did not call me to become judge, jury and executioner of ANYONE. Rather, I am called by God's word to pray for the salvation of such people and provide Christian witness to them, and I did so.

As for BOMBING ABORTION CLINICS to end abortion, this is both foolish, dangerous and fruitless. If one clinic is bombed, people intent on having abortions will simply go to another abortion clinic to have one.

Bombing an abortion clinic sets a dangerous precedent for people to use deadly violence, to stop deadly violence. Where will the bombing and the killing stop???

You get the point...

Such actions  successfully resolve NOTHING and only create GREATER problems that escalate into MORE violence and MORE deaths, and even more needless, senseless bloodshed.

Furthermore, Christians turning to such tactics can then be used by the US government, which is  already hostile to Christianity, to falsely accuse Christians en mass of being "terrorists" and a terrorist threat, and to then go after them with a deadly passion.

I have been watching intently for signs of the anticipated false-flags that I am confident they will use to falsely vilify and portray America's Christians as "terrorists" in order to justify their upcoming persecution of the Christians in America.

But as we know, Christians are always to seek the peaceful and non-violent and non-deadly solution to any problem, whenever possible.

All it has done is to encourage even MORE bombings and shootings and murders in retaliation. It has only caused increased hostilities and even more deaths and casualties and animosities to arise.It is clear to see from the examples now found throughout the Middle East, that bombings and shootings are NOT the way to resolve anything, nor to save innocent life.

Nor will bombing abortion clinics or shooting/killing abortionists here in America accomplish anything good or change anything regarding abortion deaths.

In fact, if you want to really stop abortion, go to the actual person behind every abortion: the pregnant mother. The abortionist and his clinic could do nothing to murder that unborn child, IF that mother had not become a willing accomplice in the murder of her child. 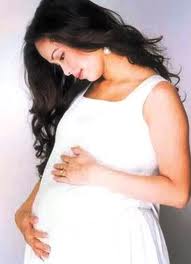 Therefore, the US government will never be able to successfully implicate me in any "terrorism" related to the battle against abortion. I remain peaceful, unarmed and non-violent. I do not believe in bombing clinics or murdering abortionists.

The weapons I use to fight any battle God leads me into, remains the kind of weapons Jesus Christ successfully used through His earthly ministry. And they do not include weapons used for the destruction of any building or any person. (However, I AM for Second Amendment rights. God has simply called me personally to put all swords away and to lean on Him for my total protection.)

And I know, from four intense years of pro-life work with thousands of other committed Christian pro-lifers across America, that the vast majority of these people feel the exact same way I do about these subjects of using deadly force to destroy buildings or people.

Frankly, if they did NOT, there would have been numerous instances by now of abortion clinic bombings and abortion providers murdered throughout the years in this nation. But in fact, such events remain few and isolated and untypical of Christian pro-life activities across America..

And so, IF the Federal government decides to send an agent provocateur into my life, pretending to be "a Christian" and advocating bombing a clinic or shooting an abortionist, I will send that infiltrator scurrying back to their handlers with the message, "depart from me, satan!" I refuse to fall into this kind of government set-up trap.

Let them instead read my blog, and see where I stand on this important subject.

Therefore, I fully believe that IF the headlines across America read "CHRISTIAN PRO-LIFERS SHOOT ABORTIONISTS AND BOMB CLINICS" in the near future, that the people are once again "actors" playing their role in false flags, just like Matthew Murray was in the YWAM/church shootings a few years ago in Colorado was.

I consider Murray to be just one more mind-controlled Manchurian, posing as "a Christian home schooler." And he was clearly used for a gun control agenda.

The NWO simply HATES Christian home schoolers and can't WAIT to falsely frame them as "terrorists" as well.

David Chase Taylor's article on this subject is excellent and well-researched, and I commend him for this.

Christian readers, please pray against this kind of despicable government false-flag operation. As I have outlined for years now, the NWO agenda plans to come heavily against Christians in America heavily, using false accusations and false flags to malign the Christian community.

The end result of such dark activities, is ultimately to provide justification for what the NWO has ALWAYS planned to do to the Christians (NWO RESISTERS) in America: SEND THEM TO THE CAMPS IN THE PRISONER BOXCARS FOR ELIMINATION. This plan has never changed. But in order to justify carrying this NWO agenda out, they MUST portray Christians as dangerous, terrorists, etc.

REFUSE TO GIVE THEM JUSTIFICATION FOR THIS! Don't fall into their traps!

CONTINUE TO PRAY against their dark and hidden NWO agendas for this nation.

PRAY for the lives of America's unborn to be spared the horrors of death by abortion...and worldwide as well. 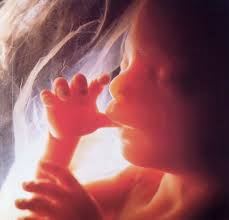 Your prayers are the catalyst that God is using to stop Satan and Co.'s plans for our nation...or to at least restrain them a season longer. Faith moves the hands of a mighty God!