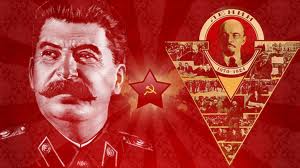 Note-I am publishing the article below, written by a Jew and about Jews, simply to help the American people understand the nature of the coming persecution under martial law in North America.

Jewish supporters of the NWO agenda in America will play a major role in the coming persecution and martyrdom of Christians under martial law in North America. Just as they did in Russia under their Bolshevik Revolution and many years of Communist oppression against the Church.

Jewish supporters of the NWO agenda for America are often referred to as: Zionists, progressives, leftists, Neocons or other terms. But they all mean the same thing. They are against the Constitution and fighting Christian liberties in America today. They are globalist, and want America to be melded into a part of the global world agenda.

As as their Bolshevik ancestors in Russia, they also want all resisters of their NWO agenda sent off to THE DETENTION CAMPS for either "re-education" or TERMINATION. They also support the NOAHIDE LAWS/modern guillotines agenda for mass genocide against Christians in North America as well.

Many Christians in America simply cannot understand this. They are blinded by various broadcasts on "Christian television" that totally (and deliberately) gloss over the truth. John Hagee is a major deceiver of Christians in this respect, a paid asset of Israel and of the US government as well.

Christians in America are further blinded by idealist and ethnocentric Biblical accounts of "the Jews" of antiquity, who are far removed from the reality of what "Jews" have evolved into today, 2000 years after the final segment of the Bible was written, and after the Jews were finally driven out of Israel to live among the nations for 2000 years.

Furthermore, Christians in America have been isolated and insulated from the horrors of the Jewish Bolshevik Revolution and the takeover of Russia and Eastern Europe by COMMUNISM. They have no concept of what Christians suffered under the Bolsheviks and Communism for 70 years. Persecution, rape, murder, torture and oppression of Christianity.

Christians in America do not understand, and therefore do not take seriously the threat of those who still adhere to these Marxist/progressive agendas, right here in America. And someday, these forces of oppression will fully rise up to oppress and even terminate the Christians under martial law.

The following article is published to help Americans comprehend our future under "THE NEW WORLD ORDER." History is destined to repeat itself, this time on American soil.

Telling THE TRUTH is never "anti-Semitic." If it were, then Jesus Christ would have to be labeled the greatest anti-Semite of all times! But in fact, He was not. He loved His Jewish people, BUT had to expose and rebuke sin in their midst. The truth must be told in this hour. An AMERICAN HOLOCAUST is coming........... 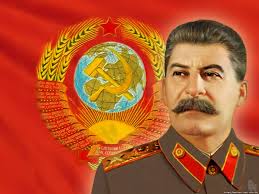 Here's a particularly forlorn historical date: Almost 90 years ago, between the 19th and 20th of December 1917, in the midst of the Bolshevik revolution and civil war, Lenin signed a decree calling for the establishment of The All-Russian Extraordinary Commission for Combating Counter-Revolution and Sabotage, also known as Cheka.

Within a short period of time, Cheka became the largest and cruelest state security organization. Its organizational structure was changed every few years, as were its names: From Cheka to GPU, later to NKVD, and later to KGB.

We cannot know with certainty the number of deaths Cheka was responsible for in its various manifestations, but the number is surely at least 20 million, including victims of the forced collectivization, the hunger, large purges, expulsions, banishments, executions, and mass death at Gulags.

In his new, highly praised book "The War of the World," Historian Niall Ferguson writes that no revolution in the history of mankind devoured its children with the same unrestrained appetite as did the Soviet revolution. In his book on the Stalinist purges, Tel Aviv University's Dr. Igal Halfin writes that Stalinist violence was unique in that it was directed internally.

Lenin, Stalin, and their successors could not have carried out their deeds without wide-scale cooperation of disciplined "terror officials," cruel interrogators, snitches, executioners, guards, judges, perverts, and many bleeding hearts who were members of the progressive Western Left and who were deceived by the Soviet regime of horror and even provided it with a kosher certificate.

All these things are well-known to some extent or another, even though the former Soviet Union's archives have not yet been fully opened to the public. But who knows about this? Within Russia itself, very few people have been brought to justice for their crimes in the NKVD's and KGB's service.

The Russian public discourse today completely ignores the question of "How could it have happened to us?" As opposed to Eastern European nations, the Russians did not settle the score with their Stalinist past. 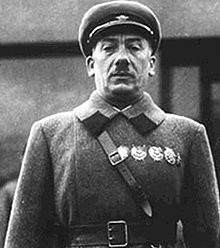 Genrikh Yagoda
And us, the Jews? An Israeli student finishes high school without ever hearing the name "Genrikh Yagoda," the greatest Jewish murderer of the 20th Century, the GPU's deputy commander and the founder and commander of the NKVD.

Yagoda diligently implemented Stalin's collectivization orders and is responsible for the deaths of at least 10 million people. His Jewish deputies established and managed the Gulag system.

After Stalin no longer viewed him favorably, Yagoda was demoted and executed, and was replaced as chief hangman in 1936 by Yezhov, the "bloodthirsty dwarf."

Yezhov was not Jewish but was blessed with an active Jewish wife. In his Book "Stalin: Court of the Red Star", Jewish historian Sebag Montefiore writes that during the darkest period of terror, when the Communist killing machine worked in full force, Stalin was surrounded by beautiful, young Jewish women. 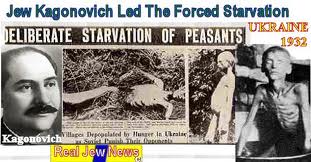 Grim legacy of LAZAR KAGANOVICH
Stalin's close associates and loyalists included member of the Central Committee and Politburo Lazar Kaganovich. Montefiore characterizes him as the "first Stalinist" and adds that those starving to death in Ukraine, an unparalleled tragedy in the history of human kind aside from the Nazi horrors and Mao's terror in China, did not move Kaganovich.

QUOTE: Lazar Kaganovich, who personally claimed to be responsible for 20 million killed, stood atop the rubble of a Christian church [above] proclaiming,
"Mother Russia has been cast down, we have torn away her skirts!"

Many Jews sold their soul to the devil of the Communist revolution and have blood on their hands for eternity.

We'll mention just one more: Jew Leonid Reichman, head of the NKVD's special department and the organization's chief interrogator, who was a particularly cruel sadist.

In 1934, according to published statistics, 38.5 percent of those holding the most senior posts in the Soviet security apparatuses were of Jewish origin.

They too, of course, were gradually eliminated in the next purges. In a fascinating lecture at a Tel Aviv University convention this week, Dr. Halfin described the waves of soviet terror as a "carnival of mass murder," "fantasy of purges", and "essianism of evil."

Turns out that Jews too, when they become captivated by "messianic ideology" [as in NWO Zionism], can become great murderers, among the greatest known by modern history.

(Comment from Pamela- I am forced by the testimony of history to agree completely. And if you don't understand now, you will when the guillotines and Noahide Laws are manifested in North America and eventually around the world. And yet, these Jews who support this genocidal agenda against Christians have told me that they believe it is quite "scriptural," that it ties in with their "new messiah," and important for the future of  THE JEWS.-PRS)

The Jews active in official communist terror apparatuses (In the Soviet Union and abroad) and who at times led them, did not do this, obviously, as "Jews", but rather, as Stalinists, communists, and "Soviet people." Therefore, we find it easy to ignore their origin and "play dumb". What do we have to do with them? But let's not forget them.

Even if we deny it, we cannot escape the Jewishness of "our hangmen," who served the Red Terror with loyalty and dedication from its establishment.

After all, others will always remind us of their origin.-End

And if these things be true, what then is the answer? It is simple. If SIN is the problem, then ONLY JESUS CHRIST can be the answer.

This is why God called me many years ago to share His love and His Son the Messiah among the Jewish people for many decades. Jesus remains the ONLY Messiah and Savior that the God of Israel will ever send to redeem the Jews.

Jesus warned his disciples 2000 years ago. "And all these things they will do to you because they have neither known the Father, nor Me."

People walking in spiritual darkness are capable of anything, Jew or Gentile alike. Because of many generations of Jews rejecting Jesus as Messiah as a whole, there remains great spiritual darkness among them. Occult teachings of the Kabbalah, and  numerous heresies including those condoning incest  and pedophilia (Babylonian Talmud) are present in the Jewish communities of today.

In fact, Jewish communities are often plagued with widespread problems of pedophilia, incest and abuse due to the false teachings on this subject by the Talmud.

My heart breaks for the Christians being deliberately misled by people like JOHN HAGEE. They will suffer deeply when they find out that the Jews they have been taught to literally idolize, will ultimately betray them under martial law, and then sentence them to the FEMA/DHS camps to be beheaded for their Christian faith. A true Judas act of Jewish betrayal of Christian love for the Jews.......

My response to all the truth above, however, is to continue bringing the truth of Jesus the Messiah to the Jews I encounter, and to pray for their enlightenment and salvation continually. His way can be the ONLY effective way to counter the darkness.-PRS