"Bullets Flying Everywhere But I Was Not Touched"-Steven Long Testimony 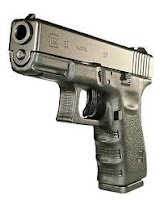 I am writing this article in the wake of a terrible shooting that just occurred in Toulouse, France. Three Jewish children were killed and a fourth severely injured by this deadly gunman, among other victims killed or wounded.
But can PRAYER make a difference at times such as this?
Here is one young man's real life testimony that says it can!
-Pamela Rae Schuffert-
*******************************
"The Holy Spirit warned my dad 24 hours before the shooting,
"PRAY FOR YOUR SON...HIS LIFE IS IN DANGER!"
-testimony of Steven Long, survivor of gunman rampage 2007-
I will never forget the fateful month of December in 2007. During my prayer journey across America that year, I had been praying for God to show me where to go next to intercede over America. My contacts, Joseph and Paula Applegate,  had invited me to their home on Ward Street in Arvada, a suburb outside Denver.

As I pulled into their driveway the night I arrived, I silently prayed for that region. I had recently begun to notice a pattern in my journeys.It seemed that wherever God had led me across America, it was to pray for some unforeseen disaster looming on the horizon.It would usually manifest within a few days after I arrived in that region. I remember praying distinctly that God would intervene in any crisis which might come to this region. I prayed this daily while visiting that region.

One morning, they awakened me with the terrifying news that a gunman had attacked several people shortly after midnight at a nearby church being used as a  YWAM base, shooting and killing Tiffany Johnson and Phillip Crouse. Two others were shot and wounded. This church was only several blocks from the home I was visiting! I rushed to the scene of the crime, to witness police tape and cruisers parked everywhere in the church parking lot.

The DENVER POST carried many articles about this horrific event.

Finally, I called members of my church in NC to tell them of the horrible shooting. Imagine my shock when Reverend Kenneth Foreman replied that the son of a well known church leader (Rev. Brad Long) was attending that YWAM base program at the time of the shooting! In fact, he was eye-witness to the shooting of Crouse and Phillips by gunman Murray. That eye witness was Steven Long, and his father's name is Brad Long.

Several months later, I was to meet Steven in person, quite by accident, after returning to NC, while staying at my church related retreat, Montreat. I was sipping chai in a Christian coffe shop in Black Mountain, NC, near Montreat, and mentioning my disturbing experience back in Colorado, when a young man spoke up. "I am Steven Long, and I was THERE the night Murray opened fire on us..." How amazing, when I had been praying to locate Steve so I could talk to him!

He was equally surprised to meet me and discover that I had been there in Arvada at the time of the attack. Steve began to open his heart to me that afternoon. He shared moving details with me that the newspapers had never before revealed.


"I was standing between Tiffany and Phillip as they talked to gunman Murray that night. When they told him he could not spend the night, he then took out his gun and began firing at us. Bullets were flying everywhere...I saw Tiffany hit and Phillip also...her hand was even blown off...BUT I WAS NOT TOUCHED! When Murray stopped firing, I pushed him out the door and closed it... "
"A van of YWAM'ers was just pulling into the parking lot...I called them on my cell phone and told them to stay in the van and not get out because the gunman was out there...God used me to save their lives that night."

The gunman then fled the scene of this horrific crime, only to travel an hour south to Colorado Springs to attack yet more victims in a large church before being stopped by a Christian security guard. She ordered him to desist and throw down the gun, and when he refused, she successfully shot and killed him.

Such tragedy fills our world today. Whenever people disobey God's commandments, heartache and tragedy is certain to follow.

As we discussed the fact that, though hostile gunfire raged all around him that night, yet Steve was not touched, he looked at me strangely and said,

"My dad told me that, 24 hours before the shooting, God's Holy Spirit told him, 'pray for your son: his life is in danger!' And he started to pray immediately. That is the only reason I am still alive today..." This is the power of PRAYER IN ACTION on the front lines of earth's battlefields. 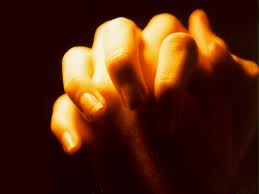 Had more people responded to the Holy Spirit's inner unction to pray,  perhaps even more lives could have been spared. This is one reason I never stop praying, every single day and throughout much of the night.


Christian readers across America and the globe, your intercessory prayers are urgently needed. 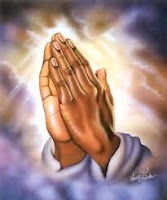 We live in a dark world filled with tragedy, violence, death, cruelty and heartache. The reason behind all of this is SIN, man's disobedience to God and His commandments. And the only answer God has provided to effectively deal with sin, is the Savior of the world, Jesus the Messiah.

Jesus was sent by the Father into this sad world, to bear the penalty for our sins from a just and holy God."Behold the Lamb of God, who takes away the sins of the world." He is indeed our passover Lamb, Whose blood atones for our sins and causes judgment to pass over us.

Therefore pray for the salvation of the world we live in, for every person's life to be touched with the love and mercy of God leading to repentance and salvation.The Bible reveals that Our Father in heaven is Almighty, or omnipotent, omniscient and omnipresent.

This means that His magnificent Holy Spirit has the power to impact EVERY PERSON on the face of the earth at any given time. His everlasting Kingdom is filled with billions of His holy angels poised to do His irresistible and perfect will perpetually.The Word of God tells us that His angels are sent to uplift, protect and bless His children. Jesus the Messiah declared, "...with God, ALL THINGS ARE POSSIBLE!"

Our prayers have the power to move the mighty heart and hands of God the Father. Our faith and obedience to His commandments and teachings of His Son, can and will not only bless and change our lives BUT ALSO our world around us. God only has His redeemed people to work through in this present world. May each one of us choose to make a difference by our prayers, faith and obedience to His word.

PRAY against all future acts of violence and deadly shootings, that such people will be stopped by God's divine mercy and grace and intervention on behalf of innocent victims worldwide. Whether confronting a Mohamed Merah or a Matthew Murray, God has the power to protect His children and to intervene mightily when we PRAY.